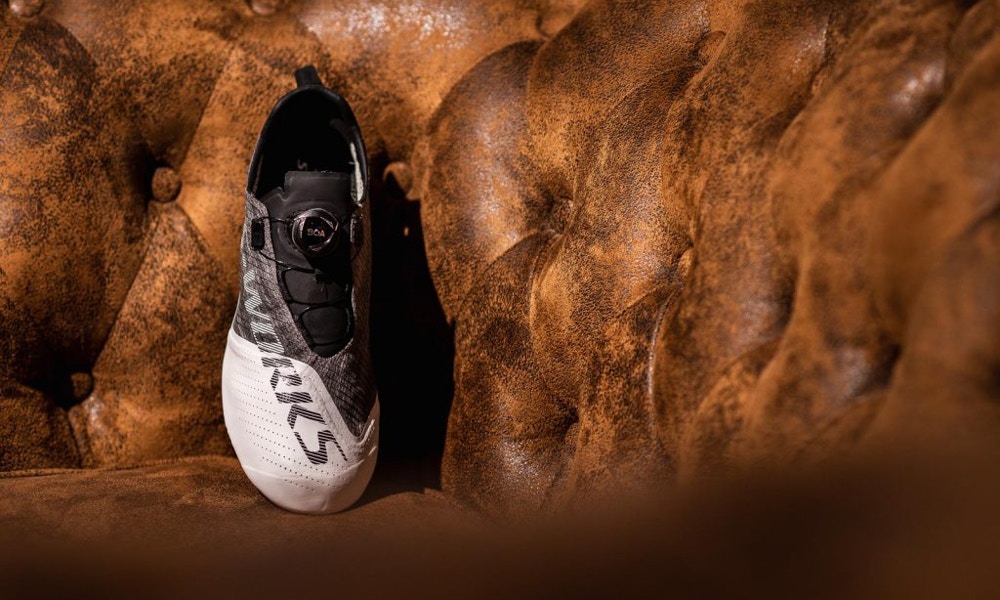 American cycling juggernaut Specialized have given the weight weenie market a shake-up, announcing its lightest ever road cycling shoes. Weighing in at under 200g for the pair, the S-WORKS EXOS 99 is impressively light, but as is the case with most feather weight products in the cycling industry, there’s a steep price tag to match. So without further adieu, join us as we take a look at six things to know about the all-new EXOS road cycling shoes from Specialized. 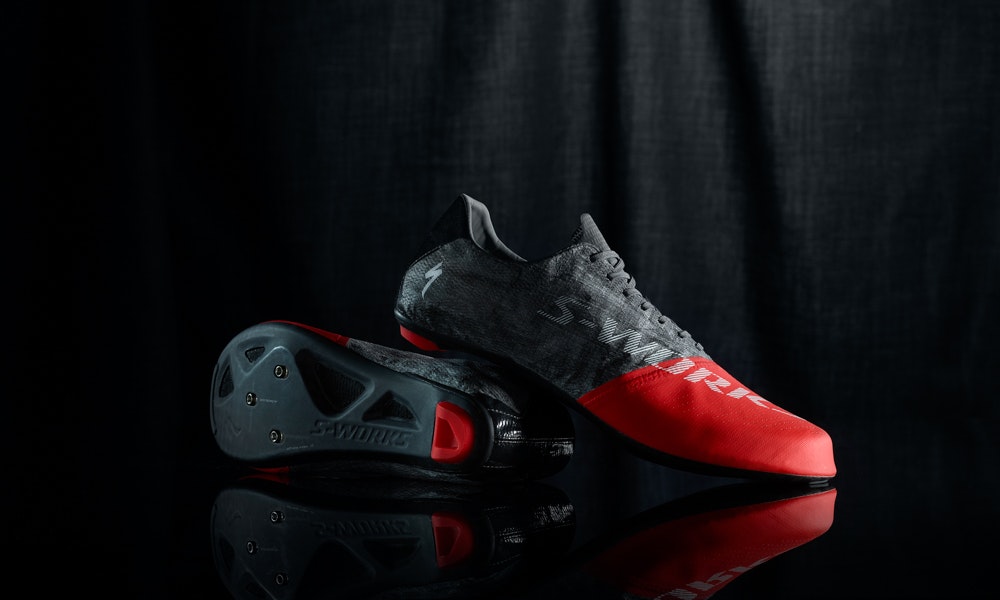 As has been the case with the majority of Specialized latest kit releases, such as the Evade and the S-Works 7, the EXOS were first spotted in use at the 2019 Santos Tour Down Under on the hooves of riders from Bora-Hansgrohe. Only the BOA equipped EXOS had been spied in the wild, with Specialized keeping the even more extraordinary EXOS 99 under wraps. 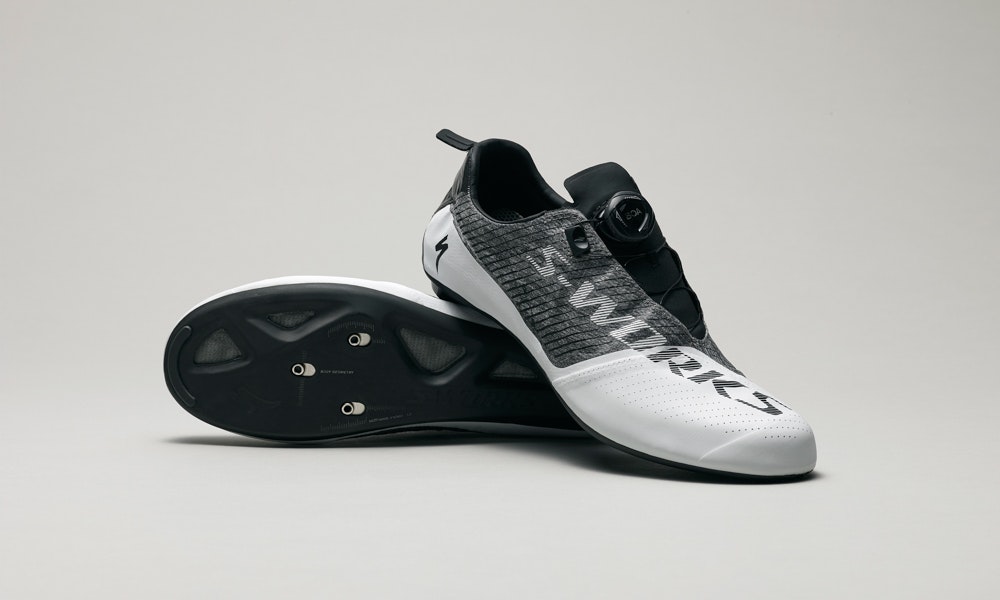 The big S claims that with the EXOS, they have created the lightest BOA equipped road cycling shoe on the market. Weighing in at 300g for the pair (Size 42), the EXOS shaves an impressive 148g off the peloton proven S-Works 7.

Even lighter again, the EXOS 99 is said to weigh in at just 99g per shoe (size 42) and represents the lightest shoe ever manufactured by Specialized. BOA dials are replaced with laces, the heel lug has been altered and the upper modified to suit the change to laces.

The key to the impressive weight figure for the new kicks is a more liberal use of Dyneema mesh, which is similar to that found on the American company’s last effort at a lightweight shoe, the Sub 6. Specialized have stated, however, that whilst the new shoes offer less structure (there is no toebox or external heel counter), the EXOS offers a more conforming fit as a result.

On the subject of fit, Specialized say that the fit is “extremely similar to the S-Works 7”, with the same foothold and power transfer reported by testers. 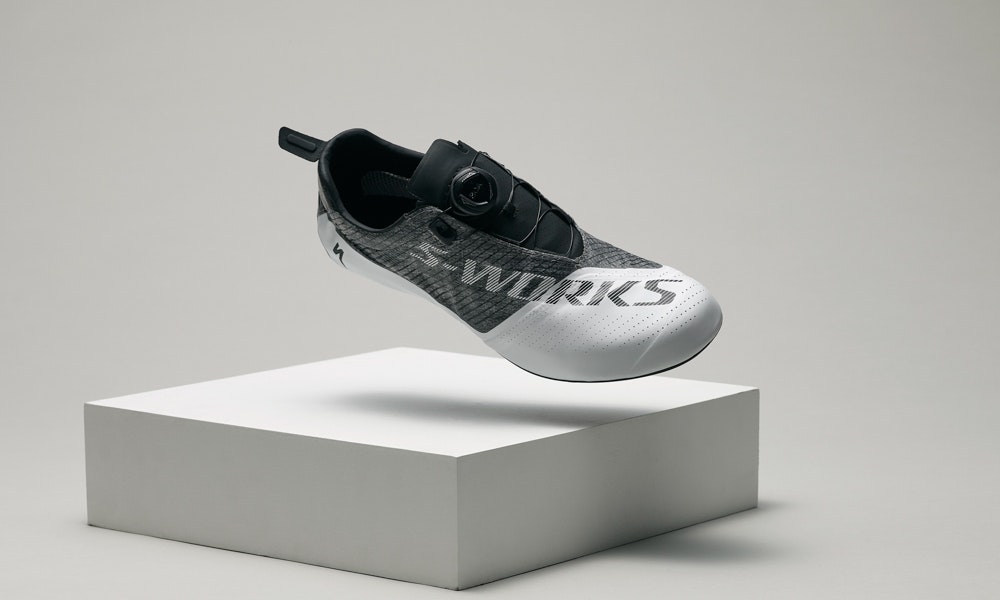 Another key to the reduced weight figure of the EXOS is a new carbon fibre sole, that is pocketed with weight relieving cut-outs in areas that aren’t as critical to overall stiffness. The result is a sole that measures 13 on the stiffness index (the same as the S-Works 6) with Specialized claiming that the sole has a deflection of between 1.32-2.11mm under a 40kg, a marginal figure by anyone’s standards.

Predictably lighter again, the sole on the EXOS 99 is said to be a further 20% lighter than the standard EXOS whilst retaining the same stiffness. The difficulty in manufacturing the weight relieved plate is said to be the main reason behind the limited production run (more on that below) 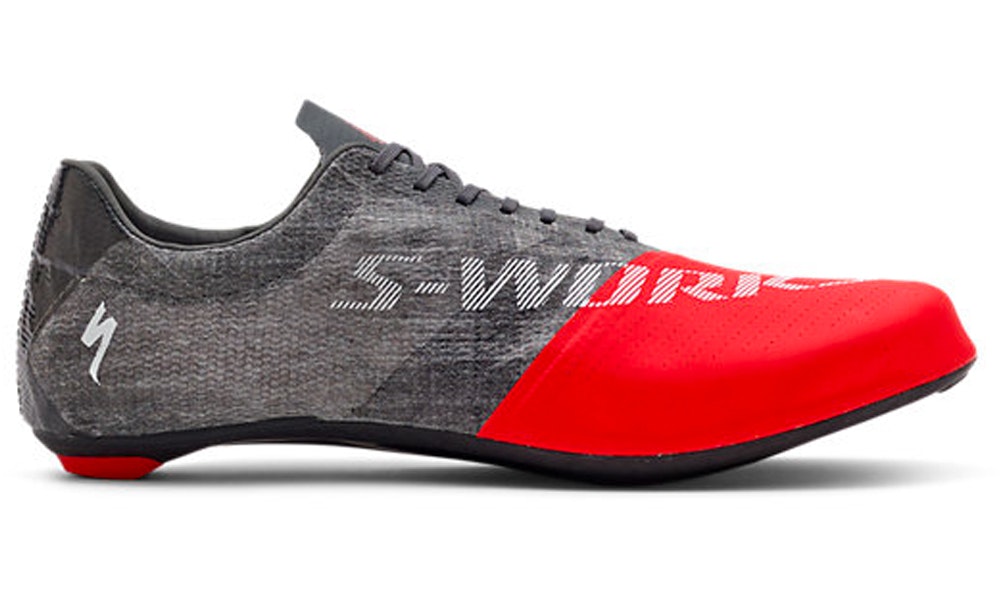 Looking for more? Our bike shoe buyers guide is loaded with buying information, or check out our wide range of cycling shoes for sale right here, at BikeExchange