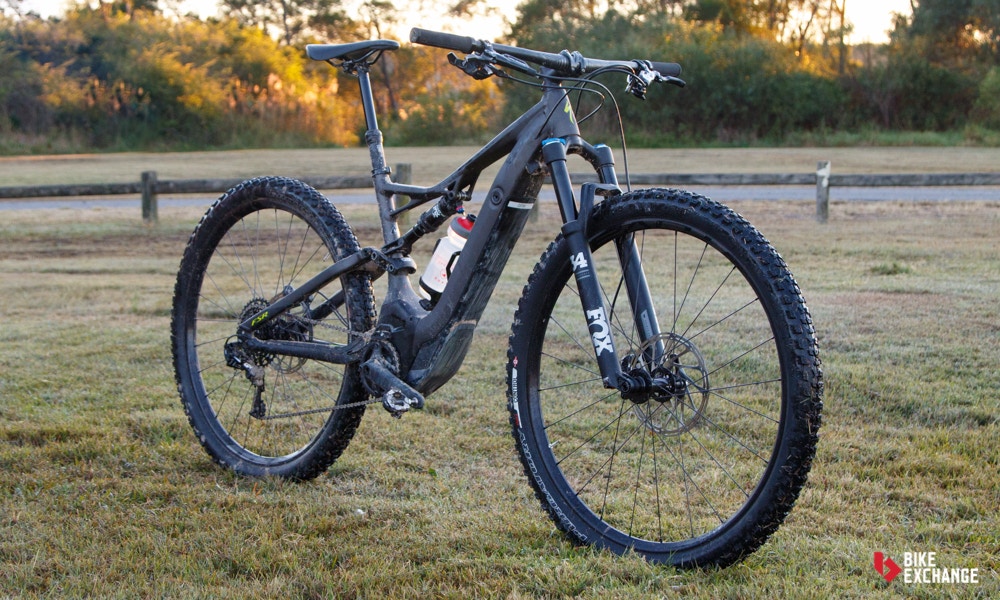 E-mountain bikes. Mention these words amongst loyal mountain bikers and you’re sure to spark a fierce conversation. You’ll often hear that they tear up the ground, remove the beauty of mountain biking and will get ‘us all’ kicked off the trails.

We don't deny that some of these trail access arguments are valid, however, as we found out on one of Specialized’s E-MTB demo days, it’s really just a bike and a fun one at that.

The E-bike market is fast heating up with figures out of Europe suggesting that E-Bikes account for as much as 40% of new bikes sold. Growth has been slower in the USA and Australia, but the trends are only heading in one direction: E-bikes are only going to get more popular.

While there are different takes on what an E-bike is, the most common type is known as a pedal assist, or ‘Pedelec’. Simply put, this style of E-Bike works with the motor assisting the rider while pedaling, stop pedaling and the motor stops too.

Australia closely follows European standards for Pedelec E-Bikes, which sees a maximum 250W motor output and a top assisted speed of 25km/ph, go faster and you’ll need to do all the pedaling yourself. For Specialized, they weren’t content with using an off-the-shelf Pedelec system such as Shimano E-Steps or Bosch’s system, instead they went about creating a proprietary pedal assist system. Such a system was first seen on the urban-focused ‘Turbo’, and now in an extensive range of both hardtail and full suspension mountain bikes.

Built around a similar dual suspension bike platform as the Specialized Stumpjumper, Rhyme and Camber’s, the Levo FSR is designed for the regular trail rider and features an alloy frame with 140mm of suspension travel at front and 135mm rear. Even the geometry closely aligns with it’s non-powered siblings.

For Australia, Specialized will be bringing in the ‘Comp 6Fattie’ version which features massive volume 27.5in x 3in tyres. With such massive volume, these tyres measure approximately similar in diameter to a 29 x 2.3in rubber.

Incasing the bottom bracket, the electric motor offers plenty of smarts. Its output is based on pedaling torque and cadence, and is even programmable via Specialized’s Bluetooth smart phone app.

The large 3kg Lithium-Ion battery bolts directly into the downtube of the bike. It’s easily removable for away-from-bike charging and reinforced to shrug off any trail debris kicked up from the front wheel. The battery is certainly built solid. Keep in mind that it's capacity means it's classified as a 'dangerous good' and so cannot be taken on a plane.

The motor and battery sits hidden and low on the bike. Keeping the weight low is important to not affect the handling too much. A clever power switch, battery indicator and mode selector is integrated into the left hand side of the downtube. It’s out of harms way, but easily accessible whilst riding.

Look beyond the powered devices and the Levo is much like a normal mountain bike – albeit a 22kg one. The wheels, tyres, suspension, cockpit, brakes and even gearing are no different to what you would find on a Specialized or any other mainstream Trail Bike.

We managed a ride on a global version of the Levo FSR, with ours spinning on 29 x 2.3in tyres, and not the newer grippier and even more comfortable 6Fattie option.

So how does the Levo behave on the trail? Hilariously well.

Riding the Levo on local Sydney trails for a couple of hours filled us with giggles as the steep hills were flattened, while the descents stayed much the same.

The additional weight of the motor and battery means you need to adjust your riding style to let the bike help you and not the other way around. The Levo rewards a lighter, fast cadence pedaling style and quickly becomes a heavy non-motored bike if you try to muscle it. With so much power, you need to be a little gentler with your shifts

Ascending technical terrain by lofting the rear wheel up obstacles is certainly harder to do, and instead you’re rewarded for sitting and spinning up the hill and letting the high volume tyres grab onto everything while the motor lets you speed your way up.

It’s this consistent power output to the rear wheel that Specialized states isn’t any worst to trail erosion than a standard trail bike. In fact, Specialized found in its own tests that powerful cross-country riders on narrower tyres do far more damage to the trail than the Levo.

Hit the crest and the Levo’s motor becomes fairly redundant. Descending on the Levo is an enjoyable experience and it offers a surefooted manner on the trail. With the extra heft of the motor, the bike's tyres and suspension are pumped that little bit harder and so are slightly less responsive and forgiving than a 13-14kg trail bike's. Though the weight is most noticeable leaning into tight and fast corners where the bike is stubborn to change direction and slower to slow. This said, it certainly feels a whole lighter to ride than the weight of picking it up may suggest.

A neat standard addition to any new and high-end trail bike, the Specialized dropper seat post has never been more at home. Dropping the saddle out the way helps allow more body language to move the bike’s extra weight. The need to pop the seat back to full height for pedalling is less of a concern, as the motor helps you turn the pedals in preparation of the next descent.

Two hours later on hilly terrain in ‘Turbo’ mode (full power) and we had half a battery worth of juice remaining. The Levo has range and can easily be extended by changing to more conservative modes. The free app will even provide clear indication of just how far you can go, and allow you to programme battery conservation to ensure it goes as far as you want to go.

In the end, riding the Levo FSR brought up an internal debate within our own heads. Yes it’s extremely fun, but making it to the top of a heart-wrenching climb is less satisfying and so isn’t ideal for those who ride for the sheer physical challenge of it. With all that extra weight, the bike isn’t as playful on the descents either and so hampers the experience for the adrenaline junkies who hate climbing. And at a retail of AU$7,999, it’s a very serious purchase decision.

As it stands, the price and weight is enough to stop many from plugging in to the concept. That'll all surely change with time and it's comforting to know that bikes like the Levo have far more in common with a regular mountain bike than they do a motorbike. If we were ever in a position where hills or general pedalling stopped us from riding bikes – you can bet we’re happy knowing there’s an alternative.