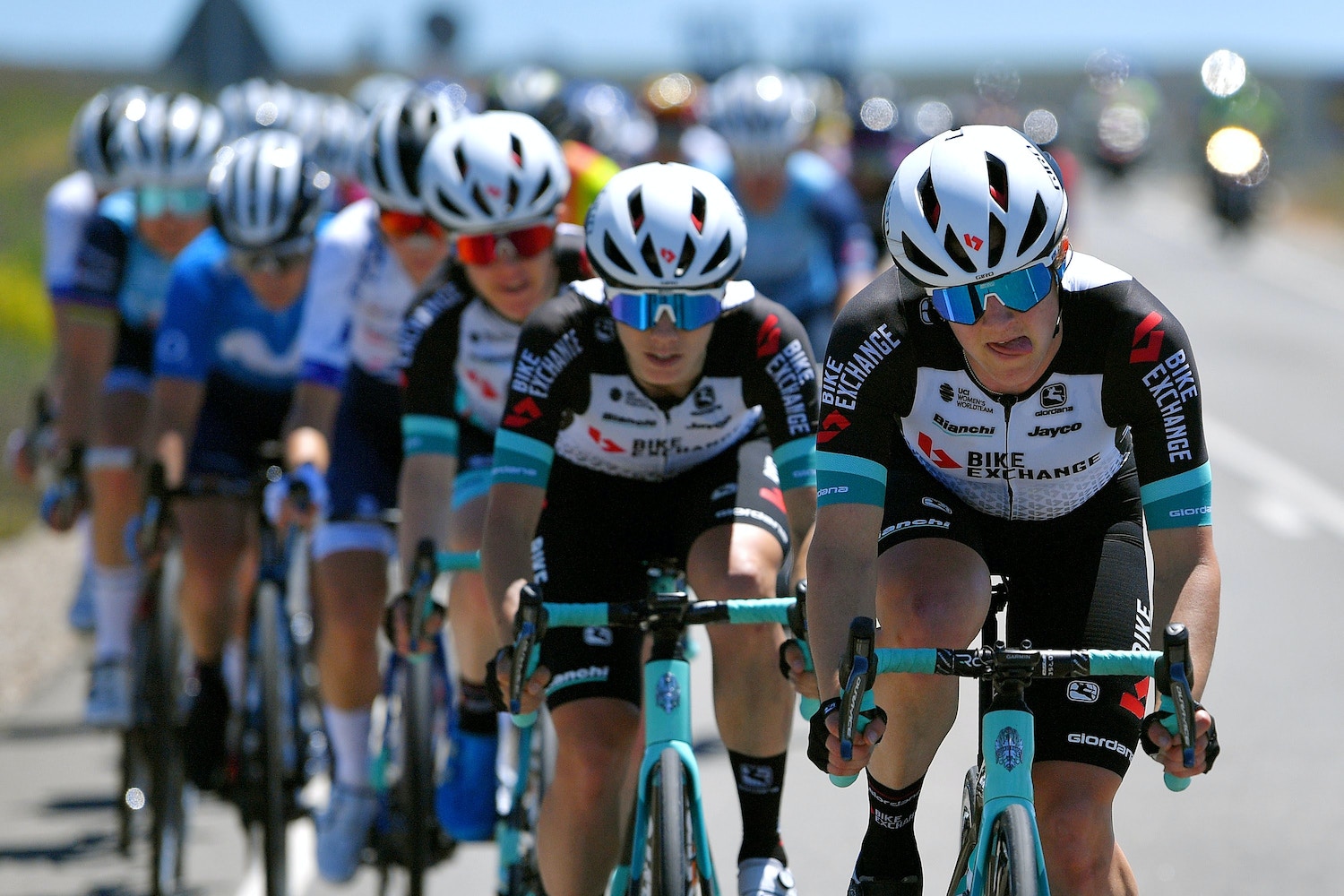 A small but mighty Team BikeExchange squad roll into France on Saturday ready for action at the one-day La Course by Le Tour de France.

The five-rider line-up return to racing after a block of altitude training in Switzerland, with recent Vuelta a Burgos stage winner Grace Brown and national champions Sarah Roy and Georgia Williams taking to the start line. Climbers Amanda Spratt and Ane Santesteban complete the team, with the latter fresh off a second-place finish at the Spanish road race championships.

The 8th edition of La Course will be played out on Saturday 26th June alongside the Tour de France. The 107km race will start from Brest and finish in Landerneau with the route taking in four loops over the Côte de la Fosse aux Loups climb.

“I think it will be a really good course. The climb in the circuit isn’t very long or steep, but the repetition over four laps will cause attrition. I expect it will be raced quite aggressively with only a select group making it to the final.

We are lining-up with a small but strong team and I think we will race smart and be really competitive at La Course this year.”

Alejandro Gonzales-Tablas - Sport Director: “We bring in a strong line-up and we are expecting to race in a way where everyone gets an opportunity. It’s a pretty hard course and it’s going to be hard to predict how it will develop and where the decisive attack will be; I’m expecting to have a reduced group to the line.

The group is in great form coming from a good training block at altitude, so we are looking forward to some fun racing.”

Stay up to date with all the news and results from Team BikeExchange right here.