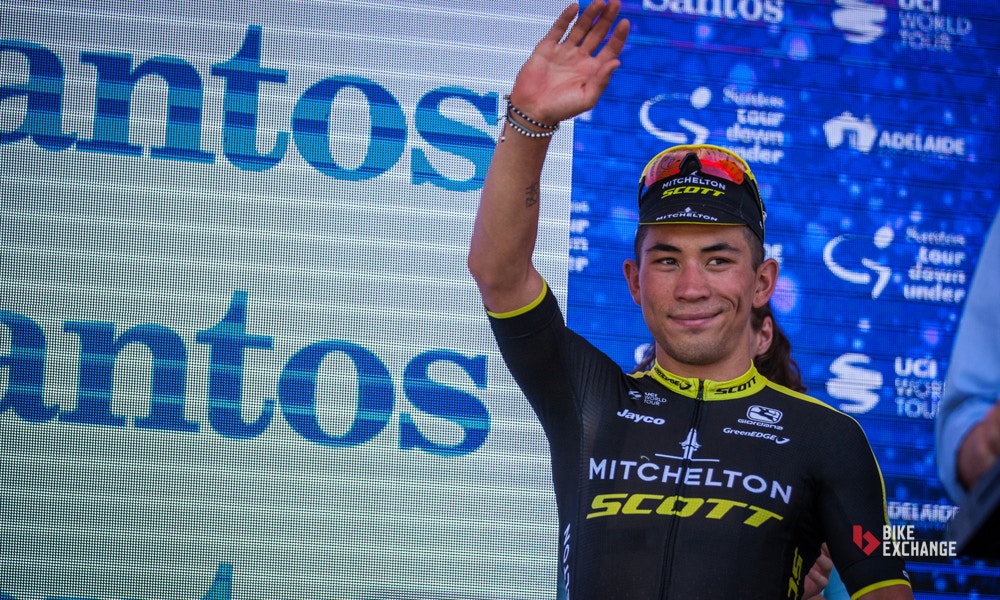 It's the first big race of the WorldTour for 2018 and Mitchelton-Scott sprinter Caleb Ewan has seen many successes at this race in prior years, as well as having won two stages already this year. No doubt he has been answering all the relevant race questions this week, so we took advantage of a ten-minute casual couch chat about the man behind the bike - getting a glimpse into what it is like to call bike racing your career 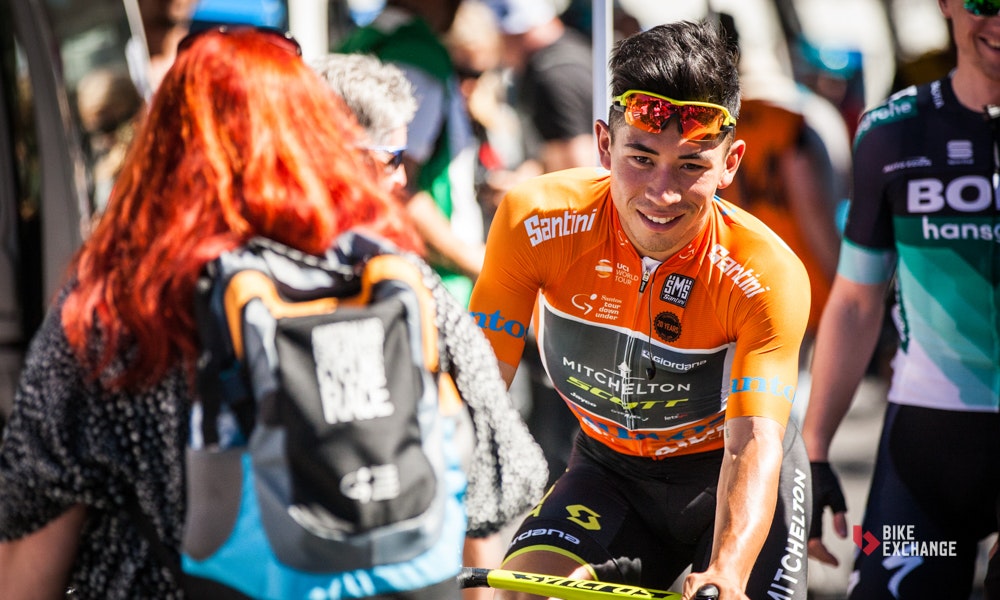 BikeExchange:Hi Caleb thanks for the chat! So if racing bikes is your job, how many hours per week do you actually spend on your bike?

Caleb Ewan: During a hard training block, it varies between 20 -28 hours, depending on training phase, a shorter more intense week will be around 20.

BE:Do you have a personal or team coach, and how long have you been with them for?

CE: I have a personal coach, who I have been with for about three years, it is going really well!

BE:So you spend 20 hours plus on the bike, that’s still not a 40 hour work week! What do you do off the bike for training?**

CE: I probably do gym about twice a week, but not like a big gym session, maybe like an hour-long kind of thing, nothing to strenuous. A majority, of course, is to do with the legs, I’m always doing leg press and squats.

CE: Yeah, and you can notice a difference in your riding. Sessions in the gym just mean you can work on things easier than if you had to do bike, you can do more specific stuff., it’s not big gym session, about an hour long. I do things to help with explosive power such as leg press, squats, explosive power. The Gym means you can be more specific, work on things easier..

BE:What do you do throughout the week for recovery?

CE: Hmmmm, sleep, relax - there is not really much you can do! I hang out with my Fiance, she works from home so I can just hang out with her, and my two dogs,I have one miniature maltese and a french bulldog.

BE: And finally, what do you do for fun outside of bike racing? Do you have other hobbies?

CE: In the off season I always love traveling without my bike. We travel a lot for races, when you are at races, you don’t get to see much of the scenery. Its like, straight to hotel, straight to the startline, then straight back to the hotel. Sometimes you are like “oh this is nice countryside” but really you are not taking in the sights too much. Travelling without a bike means you get to be more of a tourist.

BE: I guess you don’t get to do much off the bike?

CE: Haha, it’s a bit boring of me to not have another hobby, but when I was growing up I would skateboard. One time I came back to Australia after the race in China, and I was here not training, so I went down to Bondi [Beach in Sydney] to that skate bowl...and just fell off at the skateboard, and I thought, this is a bad idea! I also went rock climbing with my friend also on that trip, and I wasn't very good at it!

Caleb is doing well at Cycling, so we agree he should stick to that 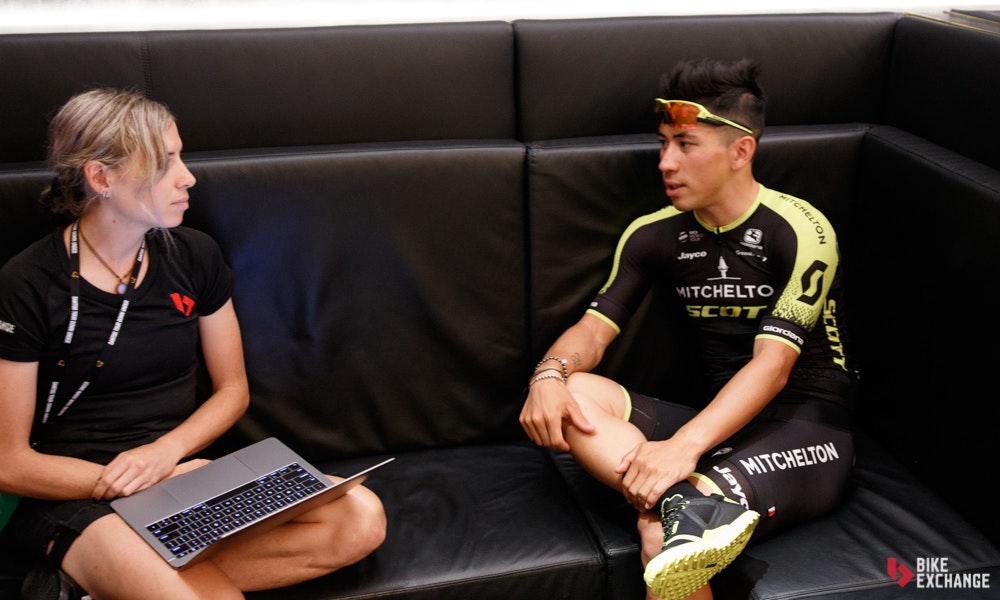 BE: Any places on the travel hit-list?

CE: I want to go to Tokyo, it looks like a pretty cool place. I have never been. Last year I went to New York.

BE: You are based mostly from Monaco, but when living in Australia call Sydney home, what is your favourite training ride?

CE: In Sydney I actually really like this really short loop There is a loop around Vaucluse, Bondi, Bronte beach, double bay loop. Around all the beaches. In Monaco, I go along the coast just into Italy, and then I like, have a coffee in Italy and then go back home. On a reco ride you go through three countries to get coffee.

BE: Do you notice a difference in consistency in coffee?

CE: Oh yeah definitely! French coffee is so bad. Italy is probably is the only one with good coffee. Greece, Spain, France - so bad! And the coffees are massive, you ask for a small cappuccino and they give you this bowl.

Caleb is going to line up at his first Tour de France this year, although he has been a professional cyclist since 2014, getting the call up to start the world's most prestigious race is something many pros may never experience.

BE: So this year is your first Tour de France, have you changed your attitude or approach to training at all in the lead-up to the race?

CE: Not really for the start of the season, I have been trying to go well in here in Australia, so the last few months from November to December have been pretty full gas so that part of training hasn't changed. After Milan San Remo I will have a break, then start building up again for the Tour. When I did the Giro I probably wouldn't have that break and kept going.

BE: That's like a typical professional cyclist question right ‘have you done the Tour de France?’

CE: That is probably the biggest relief, because when you tell someone you are professional cyclist they ask ‘Oh so you do the Tour de France’ and I have to explain that I haven't done the tour, but my team does it. So it will be good to be ‘yeah, I have done the Tour!’

We look forward to following Caleb's career as it gets bigger and better!