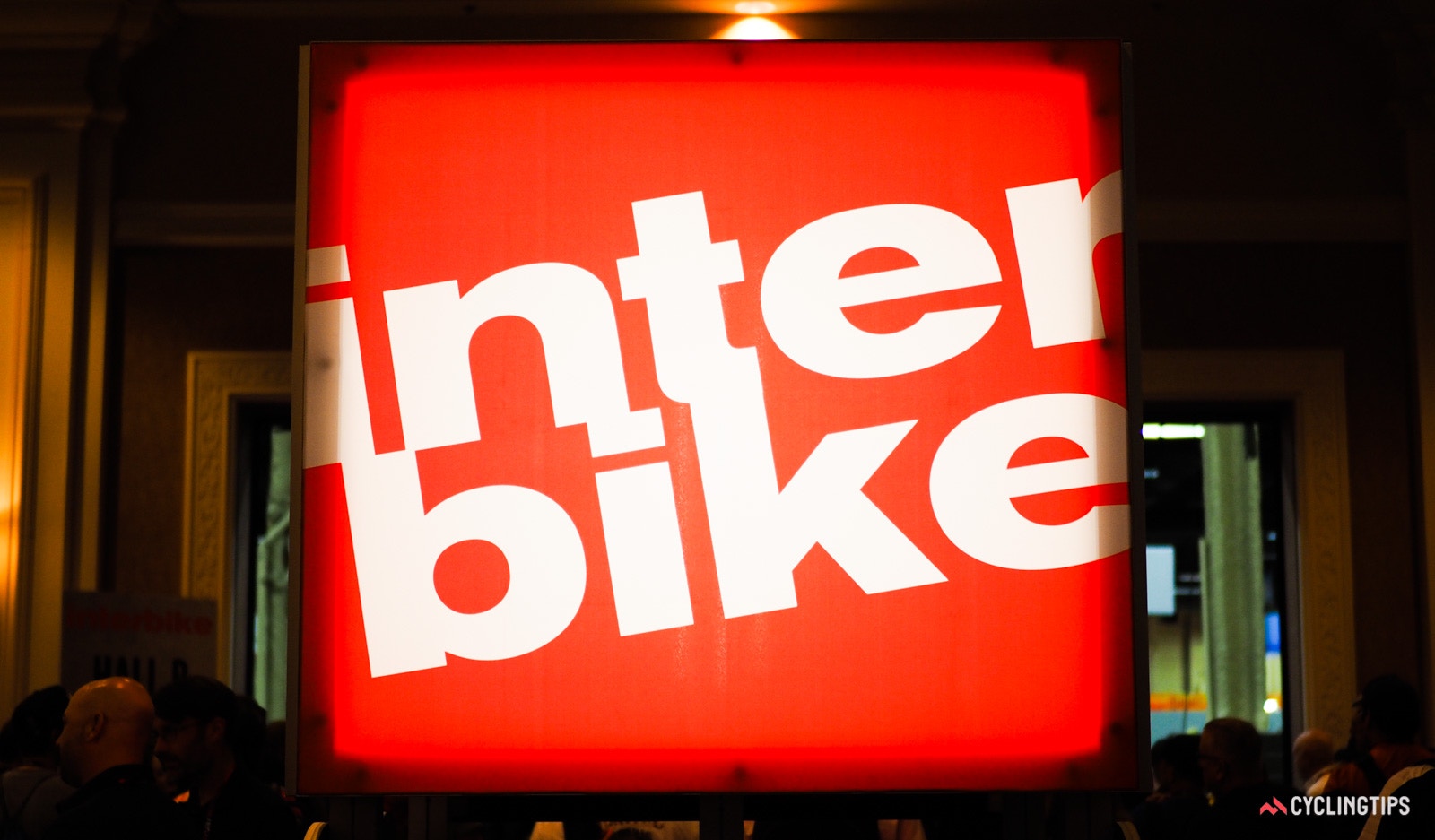 Interbike is traditionally the final stop of the annual bicycle trade show global circuit, and the largest in North America. This year’s event marks the last time the show will be held in Las Vegas, Nevada, moving further west in 2018 to the more riding-friendly locale of Reno, Nevada, near Lake Tahoe.

Although most of the major new product releases have already happened, Interbike still has plenty to offer, particularly from smaller brands that usually get lost in the shuffle of bigger-name launches earlier in the season. So sit back and enjoy our picks of the best that Interbike had to offrer this year. 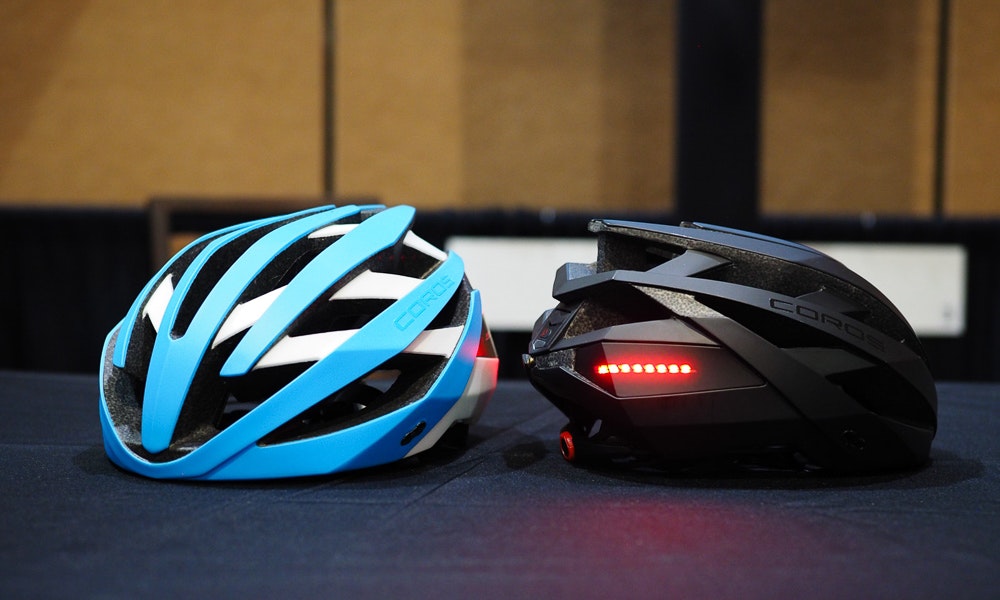 Coros previewed its new Omni smart helmet, which incorporates two rows of LEDs along the rear edge, a pair of bone conduction headphones, and even a microphone for hands-free calling. The company plans to launch it on Indiegogo around early-to-mid October. 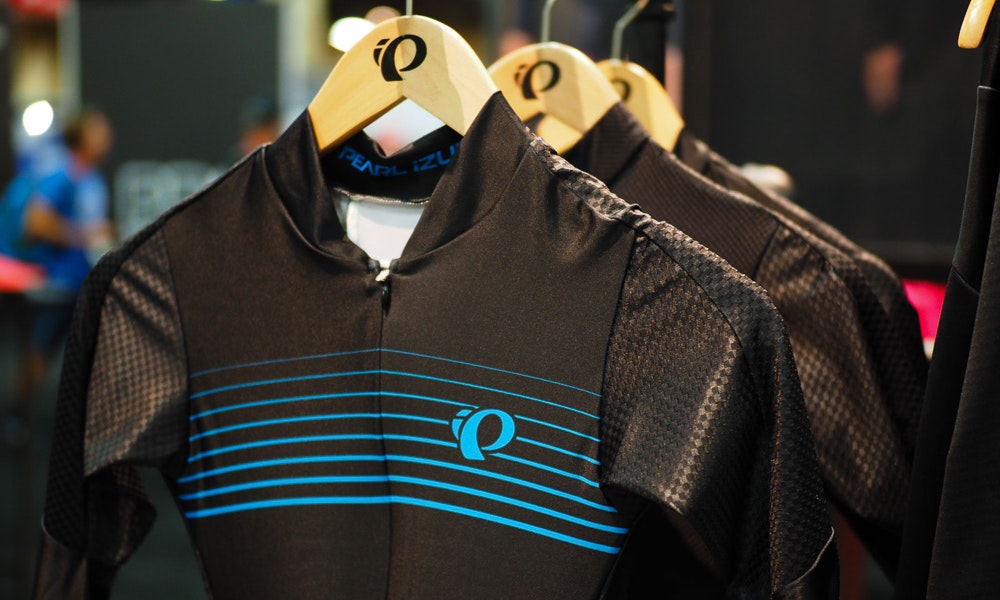 Pearl Izumi’s top-end PI Black range of road clothing is basically the commercial version of what the company was producing custom for the BMC team. The fits are highly compressive and aggressive, and the textured fabrics are designed to reduce aerodynamic drag. 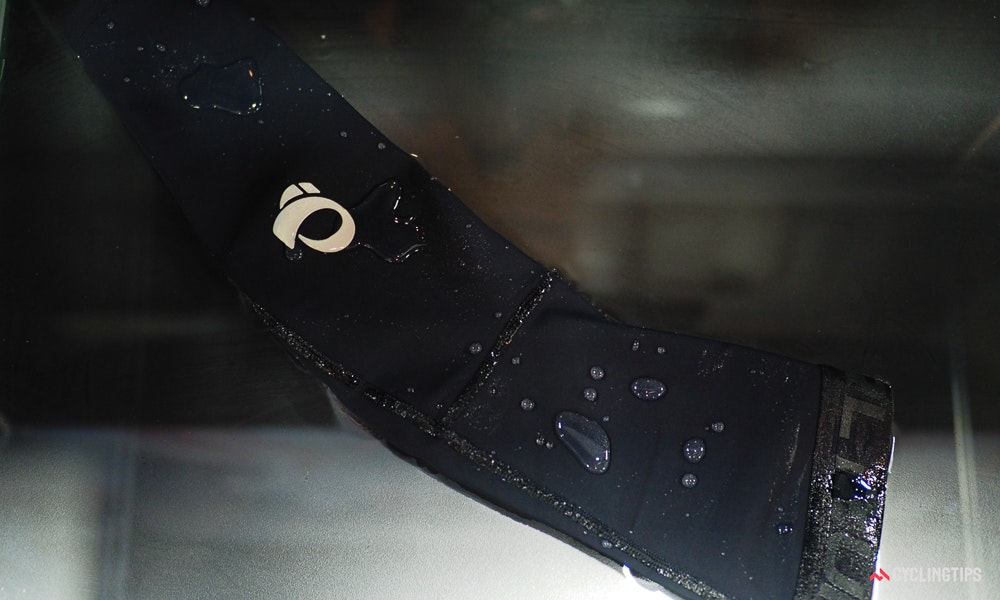 Pearl Izumi’s new PI Dry garments use a proprietary treatment that supposedly retains its water-shedding capabilities for over 100 machine washings. Currently, PI Dry is offered in warmers, tights, and 3/4 tights, but the company is also working on jerseys and jackets as well. 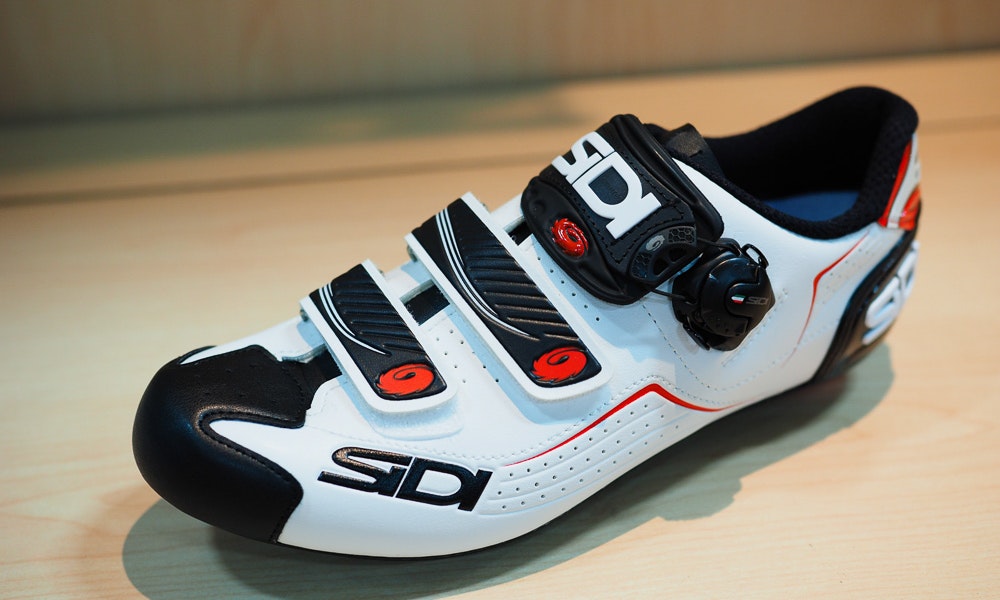 Sidi has a new budget road shoe called the Alba Carbon. The upper is made of a more conventional synthetic leather than what Sidi uses on its upper-end shoes, and the sole is a carbon-reinforced nylon piece. Retail price is US$200. The carbon-reinforced nylon sole is likely heavier and more flexible than an equivalent carbon fiber part, but it’s also much less expensive. For those that are after the legendary Sidi fit and feel, but can’t stomach the price of upper-end models, the new Alba Carbon looks to be a reasonable choice. 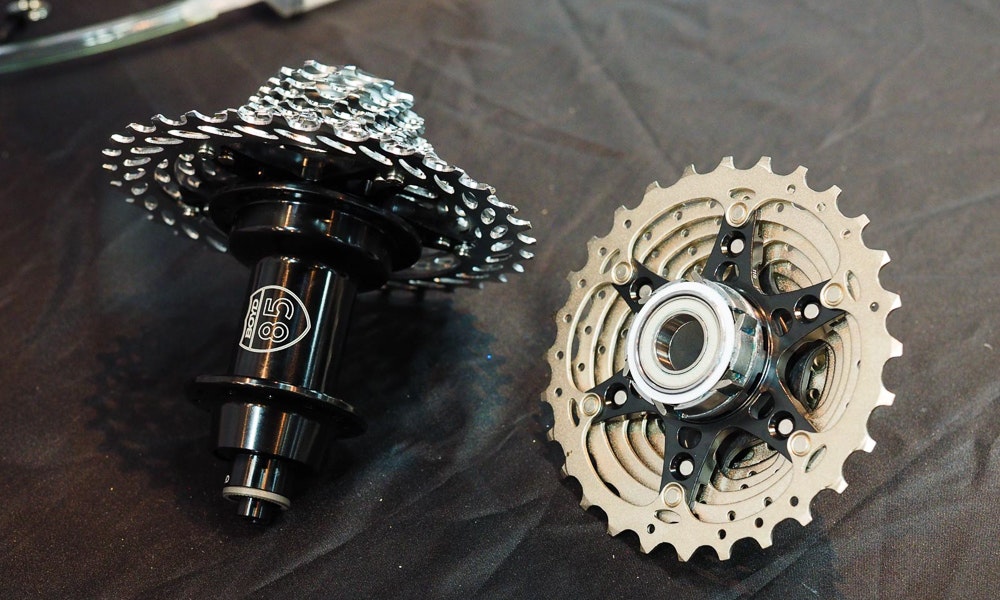 Boyd Cycling has transitioned all of its standard rim-brake road wheelsets to the new 85 hubset, which features larger axles and bearings for improved durability, a faster-engaging 5.6-degree six-pawl freehub mechanism, and tool-free disassembly. Claimed weights are 95g for the front and 250g for the rear – slightly heavier than the hubs they replaced, but supposedly longer-lasting and with better performance overall. 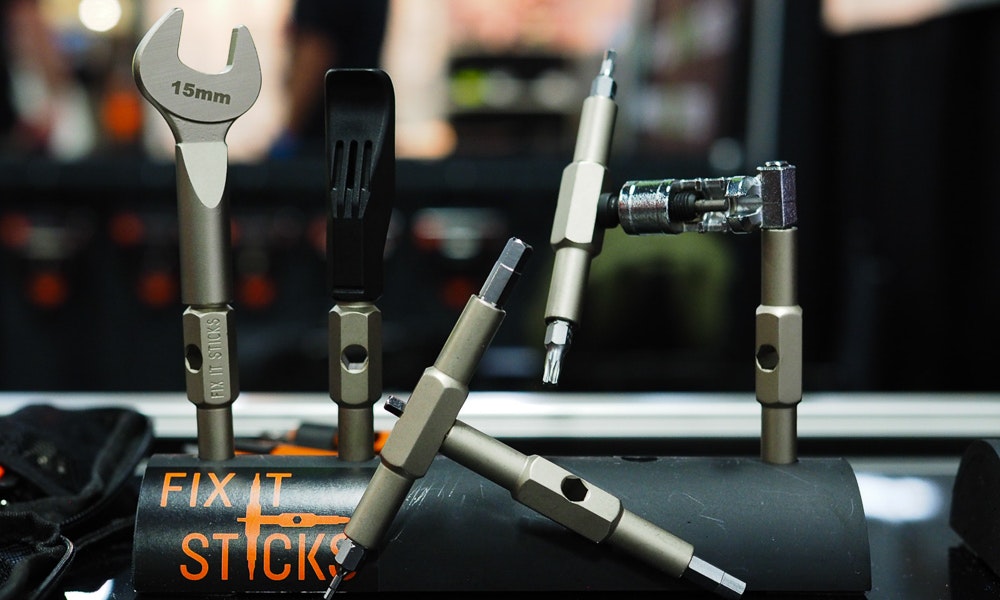 Fix-It Sticks are at it again, now with a chain breaker, 15mm open-ended wrench, and tire lever attachments that integrate with the original line of modular multi-tools. 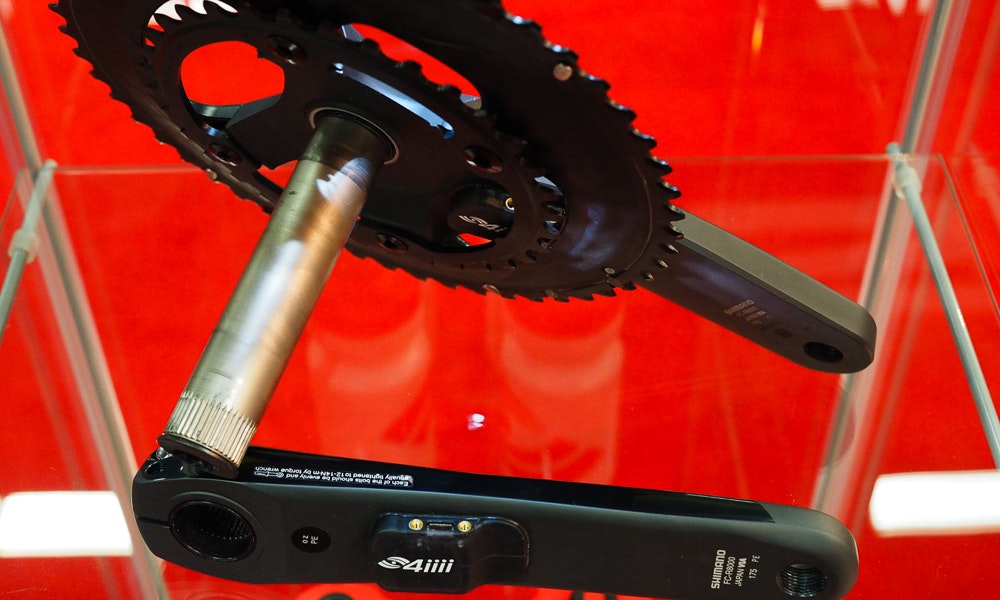 4iiii Innovations debuted its new Podiiiium powermeter at this year’s Interbike show, featuring a lower-profile form factor (just 7mm-thick) that will supposedly work on virtually any crankarm with a flat back – aluminum or carbon. The new powermeter will also have a built-in rechargeable Li-ion battery instead of the coin cell used on the current Precision model. 4iiii Innovations will offer the new Podiiiium power meter in both single-sided and dual-sided configurations. The company will also offer right-only setups for current left-only Precision owners that want to upgrade. 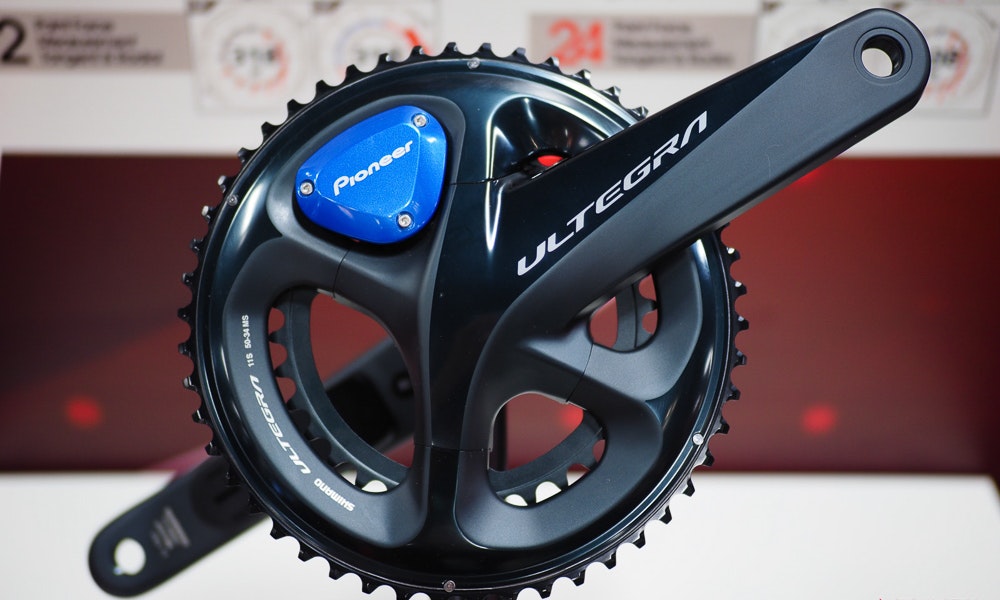 Pioneer announced new powermeter versions for Shimano’s new Ultegra R8000 crankset, in both single-sided and double-sided versions. Retail price for the dual-sided variant is US$1250 (including the crankset); the single-side option is US$560. Pioneer is one of just a handful of companies that will accept consumer crankarms for a power meter retrofit. Once the order is placed, Pioneer sends this box out to the customer with a return shipping label, it arrives back at the factory in California and is shipped back out within usually within two days. 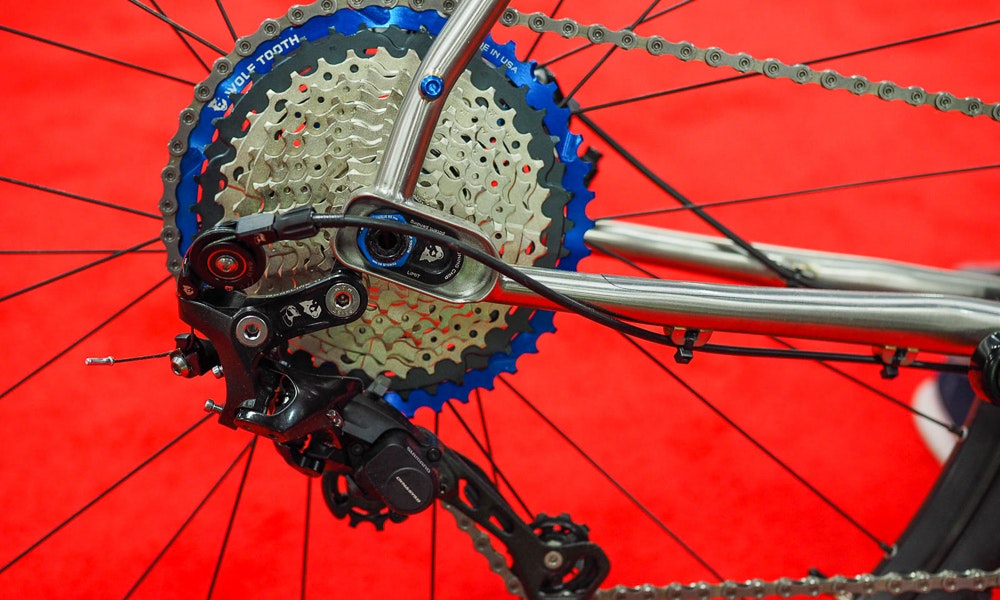 Shimano’s road shifters and mountain bike derailleurs don’t always play well together, but Wolf Tooth has a number of adapters to make the combination work. If you’re thinking of a crazy transmission idea, Wolf Tooth probably has a solution for you. 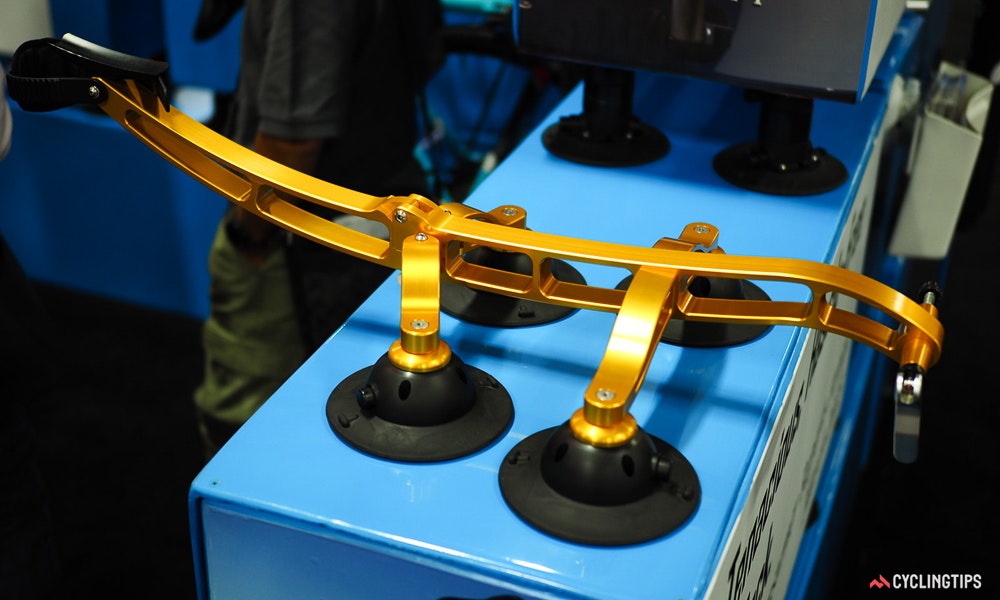 SeaSucker’s Komodo single-bike rack isn’t new, but it’s still incredibly striking. Each rack uses four vacuum cups for a very secure hold, and the frame is CNC-machined from aluminum billet. The head is compatible with both quick-release and 12mm thru-axle forks. Retail price is a whopping US$1295, and the company says it has a hard time keeping them in stock. The Komodo folds up to a comparatively tiny size for easy storage. When it isn’t needed, you can just collapse the frame and toss the whole thing in the back of the car. 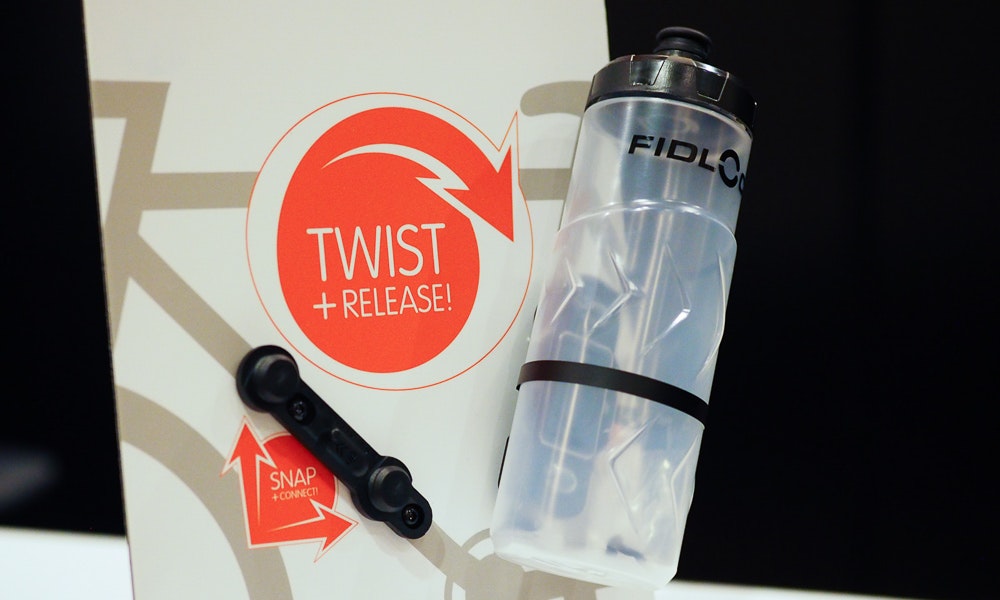 Fidlock is the latest company to have a go at the cageless water bottle. This design uses a pair of strong magnets like some others, but in this case, they’re used primarily to pull the bottle into the mechanically locking sockets. 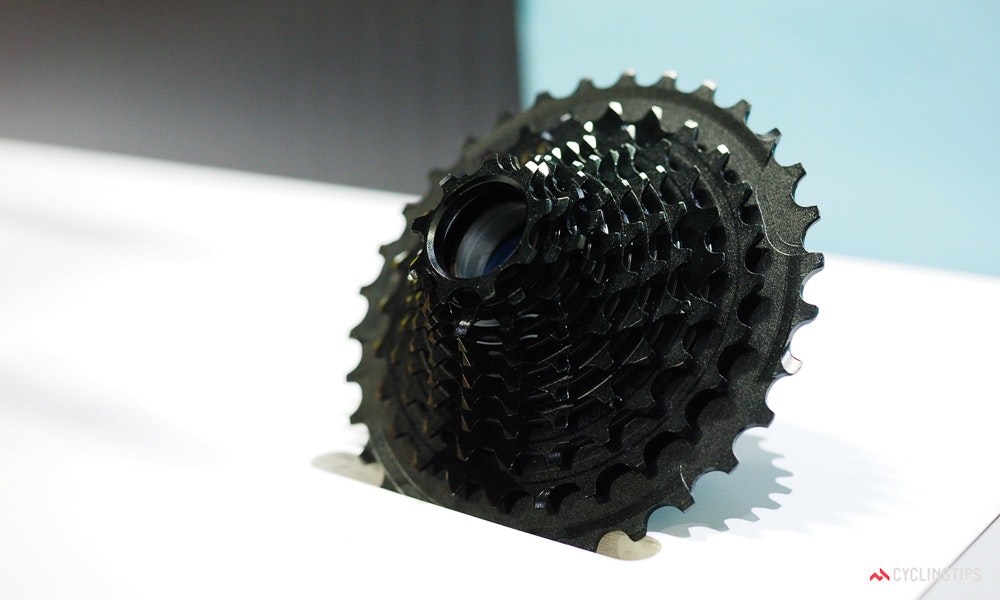 3T will soon release two new 11-speed cassettes aimed at single-chainring road use, both with a 9-32T spread for a more generous total range than what’s normally offered in the segment. The OverDrive version prioritizes more even gaps between each gear, while the Bailout favors tighter ratios at the high- and mid-range, with the 32T cog added on for when you desperately need it. The way 3T’s new cassettes install is quite unusual, too. The innermost section threads onto a standard SRAM XD driver body and the rest of the cassette attaches with six small bolts 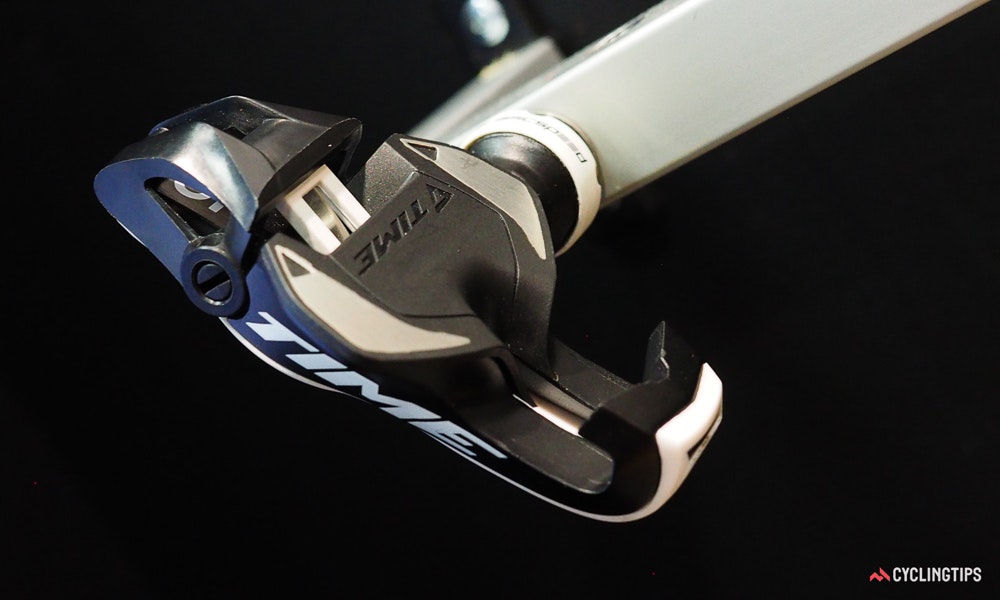 Time announced at Interbike a new family of clipless road pedals called XPRO, which uses the same iClic engagement mechanism as the current Xpresso but in a sleeker package. Stack heights remain enviably low and Time claims that the new XPRO pedal has a larger contact surface than the Xpresso. 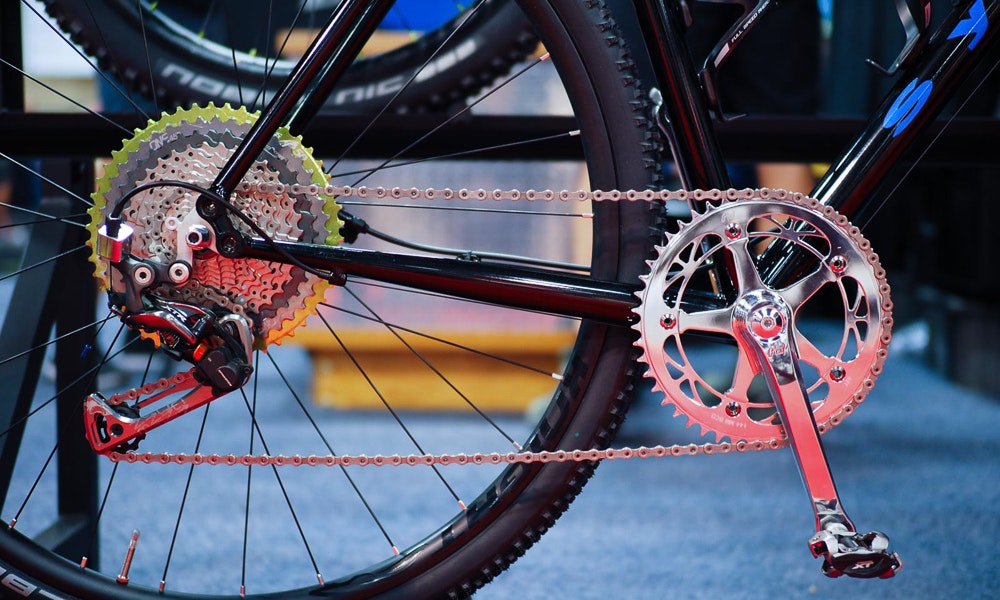 Phil Wood showed off an experimental 13-speed drivetrain built with a mish-mash of different parts. The 13-speed rear end was built using a custom extra-long freehub body and an array of expander cogs from OneUp Components. Interestingly, though, the 11-50T spread offers less total range than a stock SRAM Eagle 10-50T 12-speed cassette.

For more Interbike goodness, head on over to CyclingTips for more indepth coverage of day one, day two and day three.