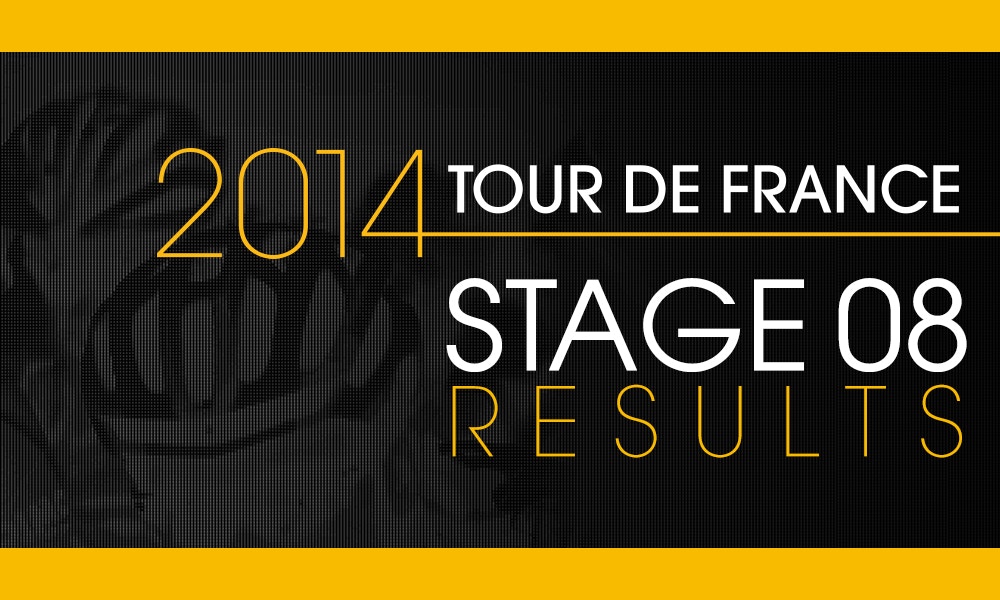 Two minutes and 17 seconds later he was followed by two of the biggest names in the race – Alberto Contador (Tinkoff-Saxo) and yellow jersey wearer Vincenzo Nibali (Astana).

Although Nibali still retains the overall lead (1 minute 44 ahead of his team mate Jakob Fuglsang), today has seen Contador start to light things up before the serious mountains come. Indeed Contador made his move on today's climb, whilst Nibali admitted he’d made a mistake with his gear selection and gone too big.

It was a much-anticipated tactic from the Spaniard, who knows he’s going to have to continue to attack in order to scrape back time from the Italian and take the lead.

But Blel’s quality of racing today was undeniable, and the win on home soil in rainy conditions was a well-deserved victory.

At 42km he was part of a break-away (including, amongst others, Niki Terpstra of OPQ and Simon Yates of OGE) that managed to cover just over 51km in the first hour of racing. Kadri climbed into the lead to secure King of the Mountain (and most aggressive rider of the day) before initiating a solo effort 22.5km from the finish line that he maintained to the very end.

Green jersey wearer Peter Sagan, who confessed to not really having a plan for today’s racing, took a back seat for the day, saying it was ‘better to take it easy’.

The Australian rode into fourth place in today’s stage and assumes third place overall behind Astana’s Nibali and Fuglsang.

Things are more than interesting as we head into a day of hills tomorrow, with six categorised climbs on the cards. Get ready for some great attacks…