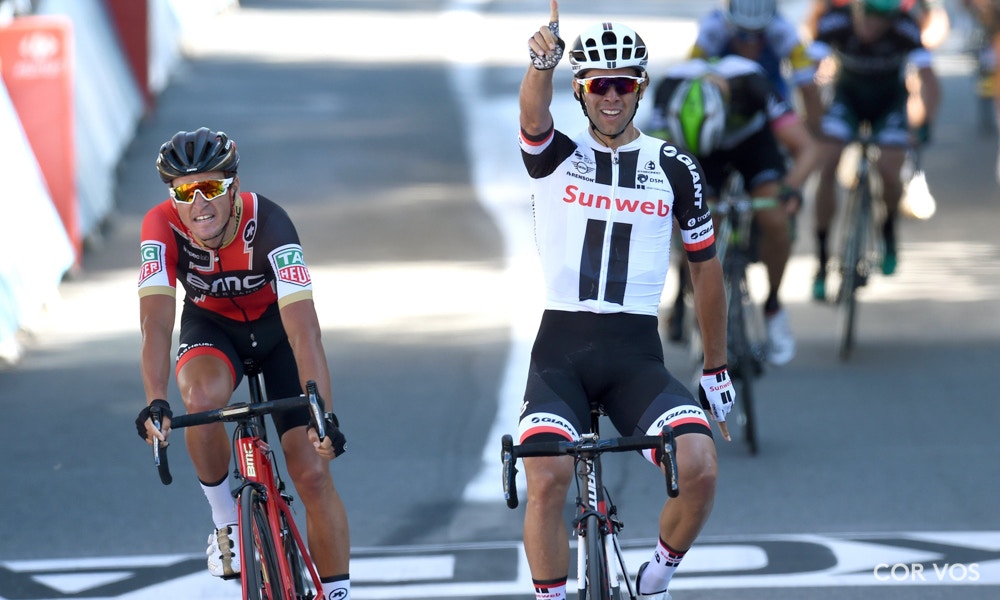 Australia’s Michael Matthews (Sunweb) sprinted to victory on Stage 14 of the Tour de France Saturday, edging out Greg Van Avermaet (BMC Racing) and Edvald Boasson Hagen (Dimension Data) on the final 500-metre uphill sprint. It was the first Tour win of for Matthews at this Tour, and the second in his career. It was also the second Sunweb victory in 24 hours, following Warren Barguil’s win at Foix on Friday.

Matthews thanked his Sunweb team for their disciplined work during the stage.

“I think it was as expected,” Matthews said. “[Sunweb] rode all day. The breakaway was so close, I knew it would be hard to have teammates in the final, we rode hard to bring them back. But I was still able to have two or three guys with me there in the final. It was a perfect day.”

Race leader Fabio Aru (Astana) was distanced on the punchy finale, surrendering the yellow jersey back to Chris Froome (Team Sky). Froome assumes the maillot jaune once again, this time by 19 seconds over Aru. Romain Bardet (Ag2r La Mondiale) still sits third, 23 seconds down, with Rigoberto Uran another six seconds back in fourth.

After two strenuous days in the Pyrenees, the peloton came down out of the mountains for Stage 13. It wouldn’t be a flat day, however, with two Category 3 climbs on the profile, in addition to a steep final 500 meters.

“We knew beforehand that only a large breakaway could survive until the finish line, but it wasn’t easy to get away with many riders on the flat roads,” De Gendt said. “It was not a must for me to be in the breakaway today. That’s why I decided to attack immediately when the flag went down, hoping that other riders would use a lot of energy to catch me and which would allow a teammate to escape. But eventually, the first breakaway was successful and we formed a front group of five riders.”

The intermediate sprint came at 55 kilometers in Rabastens. De Gendt crossed first from the breakaway, taking 20 points. Behind, Marcel Kittel (Quick-Step Floors) continued to vigilantly defend his lead in the green jersey competition, crossing the line first from the peloton and taking ten points for his effort. Matthews finished second from the field, receiving seven points. Within the competition, Kittel leads Matthews by over 100 points.

The finish to Rodez was won by Van Avermaet in 2015. Saturday, the Belgian again had intentions, as his BMC teammates were vigilant on the front of the peloton, moderating the gap to the leading five.

“Without Richie [Porte], our main objective now is stage wins,” Van Avermaet had said at the start. “Today is my big chance. I have the support of the whole team to keep the peloton together. Hopefully I can write the same script as two years ago. But the competition is high with Matthews, Degenkolb, Gilbert, Boasson Hagen and maybe a few GC guys in the mix as well. But I’m ready for it. I feel a lot pressure. I’d prefer to be here helping Richie instead. It’s been a hard Tour for me so far because I couldn’t show my real good legs. The only big chance I had before today was [stage 3 in] Longwy. It hasn’t been a Tour for attackers so far so I prefer to play my cards from a sprint finish today as well.”

Aiding the men of BMC was Sunweb, working for Matthews, and Bahrain-Merida, for Sonny Colbrelli. The teams in front lacked generosity towards the breakaway, not letting their margin rise above three minutes.

At 38 kilometers remaining, on the ascent of the Côte de Contrès, De Gendt’s pace distanced Bouet, Hollenstein, and Roosen. Voeckler was the only one with the ability to follow De Gendt’s pace, and over the top of the second categorized ascent the two found themselves alone. Six kilometers later, De Gendt went solo.

“I’m happy now even if I was a little frustrated during the stage, but I was just not good enough,” Voeckler said. “I did my share of the turns, we rode a great ride. You must show fair play, too, I was not the strongest in the breakaway and the peloton played it right. I believed we could make it. Attempts like this, after two weeks in the Tour, you never know. Some riders can be tired and Thomas De Gendt is a rider who is better in the second part of the Tour. So yes, I believed we could make it.” 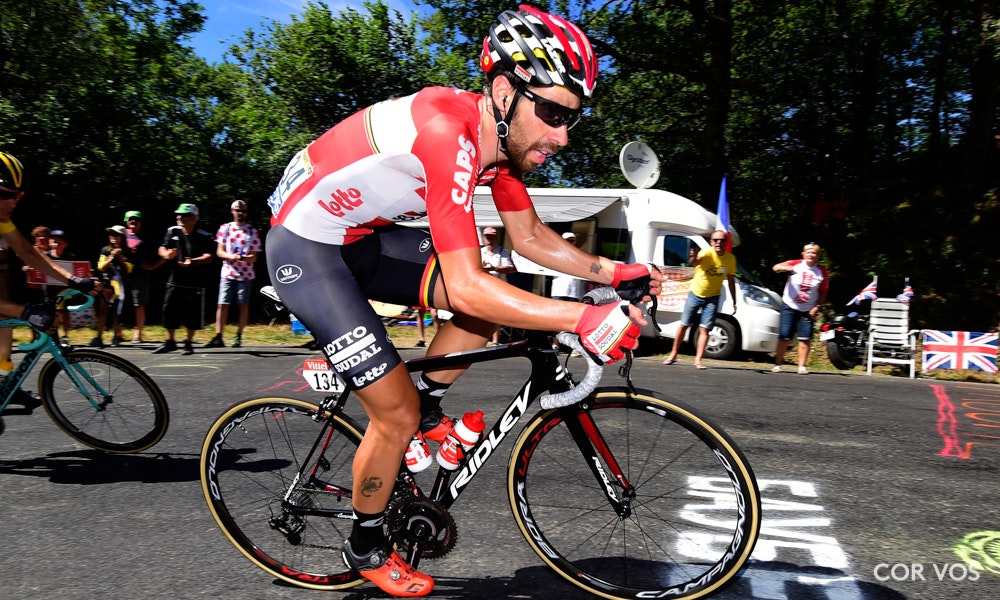 The gap continued to fall due to the diligent work of Sunweb and BMC on the front of the peloton. With 12km remaining, Swiss powerhouse Michael Schär took the front. De Gendt’s gap diminished until it was negligible, and the Belgian was reeled in as Tony Martin (Katusha-Alpecin) took the front of the field.

“Since the peloton kept us within limits, we decided to ride on an easy tempo until the final 60 kilometres, when the course started to go uphill,” De Gendt said. “I quickly sensed that I was the strongest rider in the breakaway and I had to choose between two options. Either I went solo way too early or I waited a bit longer for the others. When I increased the pace for the first time, only Voeckler was able to follow me, but I was clearly stronger than him, which led me to go solo with 30 kilometres remaining. However, I was no match for the upcoming peloton.”

Counterattacks immediately flew. The first instigator was Maurits Lammertink of Katusha-Alpecin, and he was immediately followed by Damiano Caruso (BMC), Nikias Arndt (Sunweb) and Pierre-Luc Périchon (Fortuneo- Oscaro). Lammertink was motivated to create distance, but Périchon was the only one with any intentions of helping. Caruso and Arndt were dead weight, covering the move for their respective team leaders and not pulling through.

The four, with only Lammertink and Périchon pulling, were able to gain 13 seconds going into the final, but their gap quickly diminished.

Quick-Step Floors was on the front of the field behind, setting tempo into the base of the final climb for Belgian puncheur Philippe Gilbert. With five kilometers to go, Caruso, Arndt and Périchon had surrendered, but Lammertink wasn’t content to go down easily. He remained out front for another kilometer before finally succumbing to the vicious pace being set behind.

Belgian champion Oliver Naesen (Ag2r La Mondiale) led into the base of the final ascent. On his wheel was Gilbert, followed by Van Avermaet, John Degenkolb (Trek-Segafredo) and Matthews.

“The finish went how I wanted it to go because there was a lot of wind,” Van Avermaet said. “I was hoping that I didn’t have to go too early and I think the two Belgian guys, Oliver Naesen and Philippe Gilbert did a good job and I was in a perfect position. Then, I tried to launch my sprint to victory but Matthews was amazingly strong and he deserved the victory today.”

Matthews launched his final kick with 100 meters remaining, easily coming around Gilbert and Van Avermaet for the win.

“The last time on this finish, two years ago, I had four broken ribs, and skin all off my body,” Matthews said. “This was the stage I was targeting before my crash, so now to come back to the same finish, to win it like that, it’s a dream come true.”

Aru was distanced on the final climb, and he succumbed the GC lead back to Froome by 19 seconds. Froome finished an impressive seventh on the stage, just ahead of Dan Martin (Quick-Step Floors) and Uran.

“It helped knowing the finish from two years ago, but that was all about the team today,” Froome said. “They did a great job keeping me at the front, especially in all the twisting corners at the final. Without the team there is no way I could have found myself in that position, especially great work from Kwiato in the final kilometre. In the last 500 metres I was hearing shouting over my radio, they were saying ‘Go, go, it’s blowing to bits.’ It was amazing to hear that.

“It’s still so close between the main rivals, every second counts and is worth fighting for. If we look at how the race blew up yesterday when Astana tried to control, it, hopefully we can bring the peloton into a calmer situation. That said, it’s been a big week for everyone, and I expect it’s going to be war again tomorrow.” 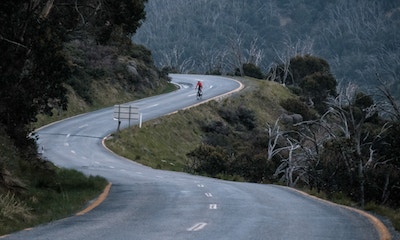 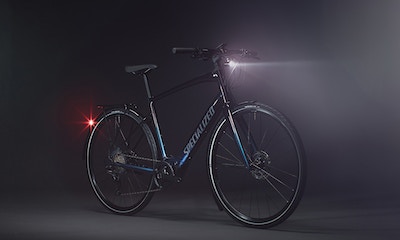