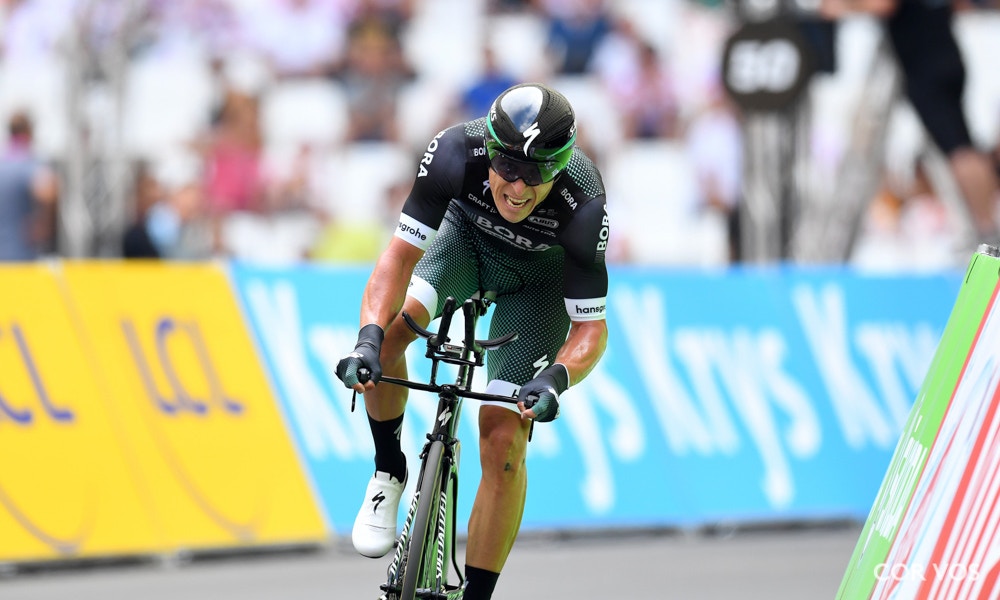 Maciej Bodnar (Bora-Hansgrohe) took the biggest victory of his career Saturday in Marseille, riding to victory on the 22km Stage 20 individual time trial at the Tour de France.

However the biggest winner on the day was yellow jersey Chris Froome (Team Sky), who defended his lead and rode to an impressive third on the day, five seconds behind teammate Michal Kwiatkowski, who finished just one second behind Bodnar.

Froome now leads the general classification by almost a minute over Rigoberto Uran of Cannondale-Drapac, with only the processional stage into Paris remaining.

“It’s an amazing feeling,” Froome said. “It was so close coming into this time trial, it was basically all still to race for out on the roads today. I’m blown away, it’s just an amazing feeling. I just spoke with my wife, she’s headed to Paris today with my son, and I can’t wait to get there.

“This has been the closest and most hard fought of my Tour victories. Given the route we had this year, it was always going to be a close race, but I didn’t expect it to come down to the line here in Marseille.”

Bodnar’s win marks Bora-Hansgrohe’s second of the 2017 Tour after Peter Sagan’s Stage 3 win in Longwy. Sagan’s subsequent disqualification left the German team looking for another stage win, and Bodnar delivered on the seaside course in Marseilles.

“It was a really amazing day for me today,” Bodnar said. :I’ve waited a long time for this moment, for my first stage victory at the Tour de France. When I was a child, my dream was to race in the Tour de France, and now I’ve taken a stage. It is a fantastic moment.

“I’d like to thank my girlfriend who always stood by me, my mother and, of course, my father who, unfortunately, passed away and wasn’t able to watch this great moment. Thanks go also to my team, Bora-Hansgrohe. This victory is for them. We had a tough start at the Tour this year and this victory goes also to Peter [Sagan] and Rafal [Majka]. We have shown we are a great group.” 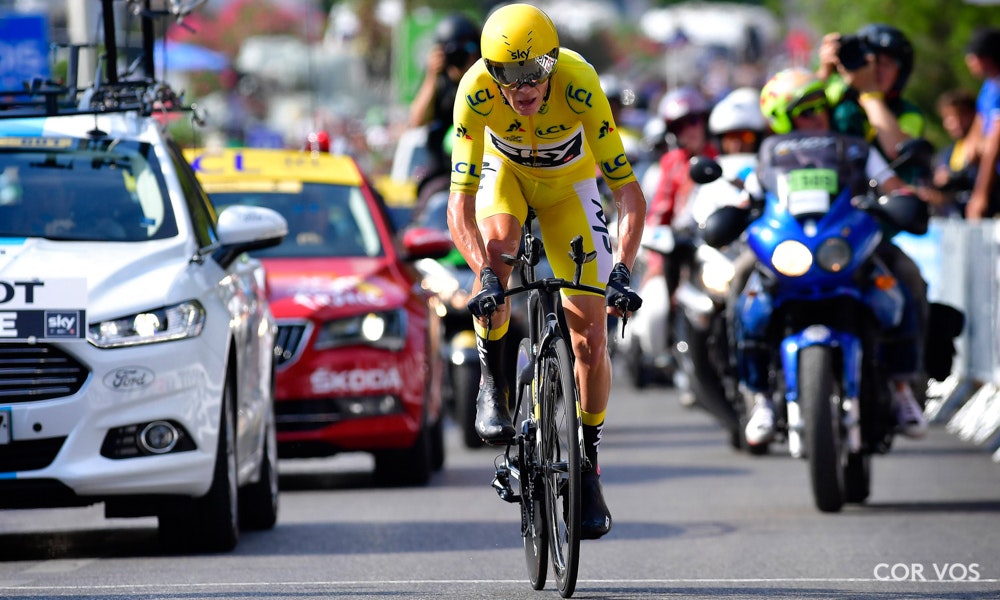 There would be a GC shakeup between second and third place, as Romain Bardet (Ag2r La Mondiale) had a tough day on course in Marseilles, succumbing almost 90 seconds to third place Uran, who overtook the Frenchman to take second on the general classification.

Bardet nearly lost his podium spot, maintaining third on the classification by just one second over Froome’s teammate Mikel Landa, who finished 15th on the stage, 51 seconds back.

“I’m exhausted,” Bardet said. “I’m shattered. I gave everything I had. It’s the Tour de France, some days you feel good, some days you don’t. Today I didn’t feel well. For a few days I had not been feeling well in terms of my health. I paid the price. I could feel from the start that I was not in contention. I was only thinking of making it to the line as quickly as possible.

“I know my body well. I know when I’m good or not. I was forced to ride with my head. the day after Izoard I felt an immune deficiency. I didn’t feel too well waking up this morning. I could not bow in the final showdown. I’m happy to have saved the podium for one second. I thought about the team, about all the persons who support me, about my team-mates. I didn’t have a right to give up. I gave everything I had and I was a little lucky.”

Uran had a strong ride on Stage 20 despite a final corner mishap that saw him narrowly avoid a crash. The Colombian took eighth in the time trial, 31 seconds down on Bodnar.

Alberto Contador (Trek-Segafredo) also had a strong showing on Stage 20, his individual effort awarding him sixth on the stage, 21 seconds back from Bodnar. The Spaniard’s result moved him above mountains classification leader Warren Barguil (Sunweb) in the general classification, to ninth.

“I’m really happy,” Yates said. “From the beginning I said I wanted to win this jersey, so I feel a little bit of relief to finally pull it off. I’m extremely happy. It’s been very difficult. Today I put in a good ride. Some days I was really hurting to stay with the best guys.”