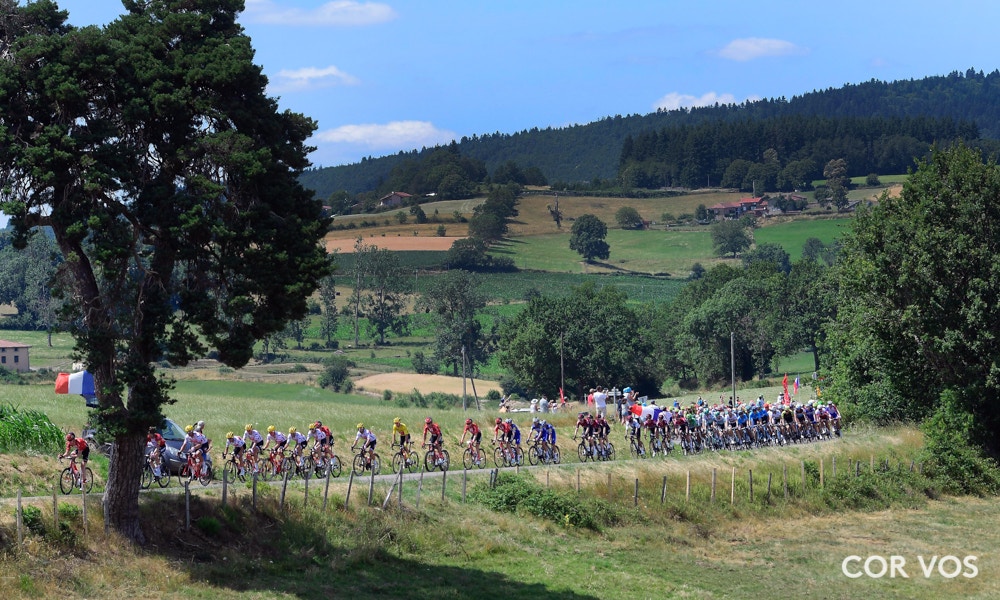 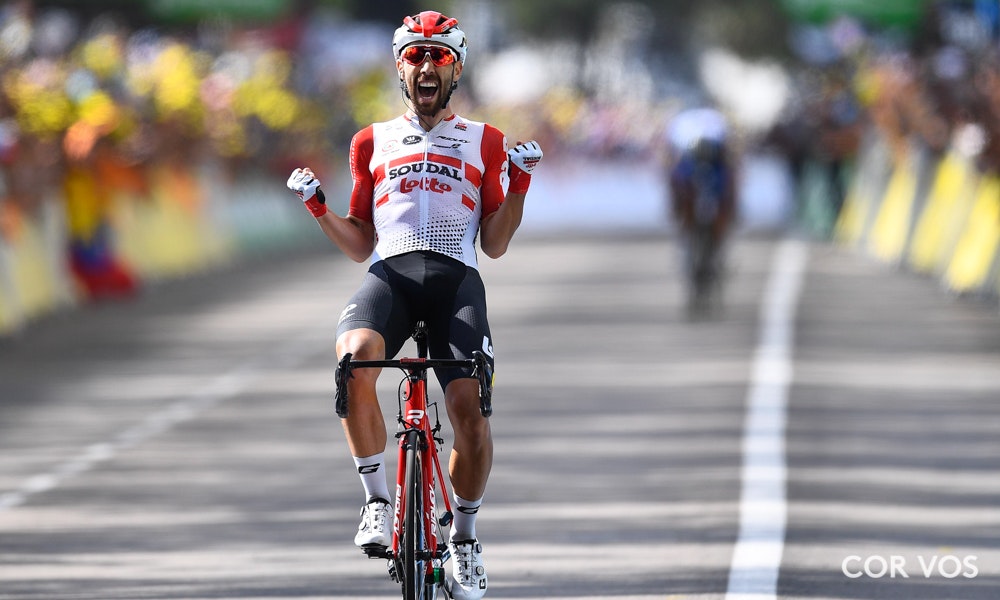 In a ride that was both a trademark of the Belgians attacking style and one of the best solo rides of this year's tour, De Gendt takes out the first win of this years tour for his squad, Lotto Soudal. De Gendt soloed away from his breakaway compatriots up the Côte de la Jaillère to hold off a fast-finishing Thibaut Pinot (Groupama-FDJ) and Julian Alaphilippe (Deceuninck-Quickstep).

On Stage Eight, the peloton took in 200km and just under 4000m of climbing from Macon to Saint-Étienne. The stage profile, littered with seven short, punchy climbs, was reminiscent of a spring classic, with the majority of the slopes falling under categories 2 and 3. 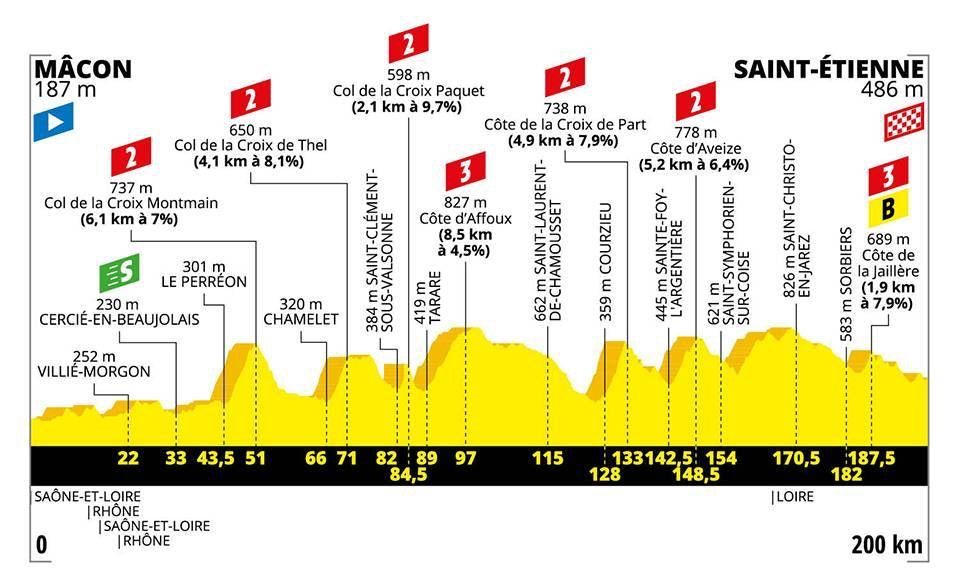 After 45km, the foursome had amassed a gap of five minutes back to the peloton, who appeared content to let the quartet ride on. Back in the peloton, Bora-Hansgrohe and Sunweb traded pulling duties, for much of the day.

Much of the KOM points on offer throughout the stage's seven categorised climbs were gobbled up by De Gendt, with King following him across the line in second. 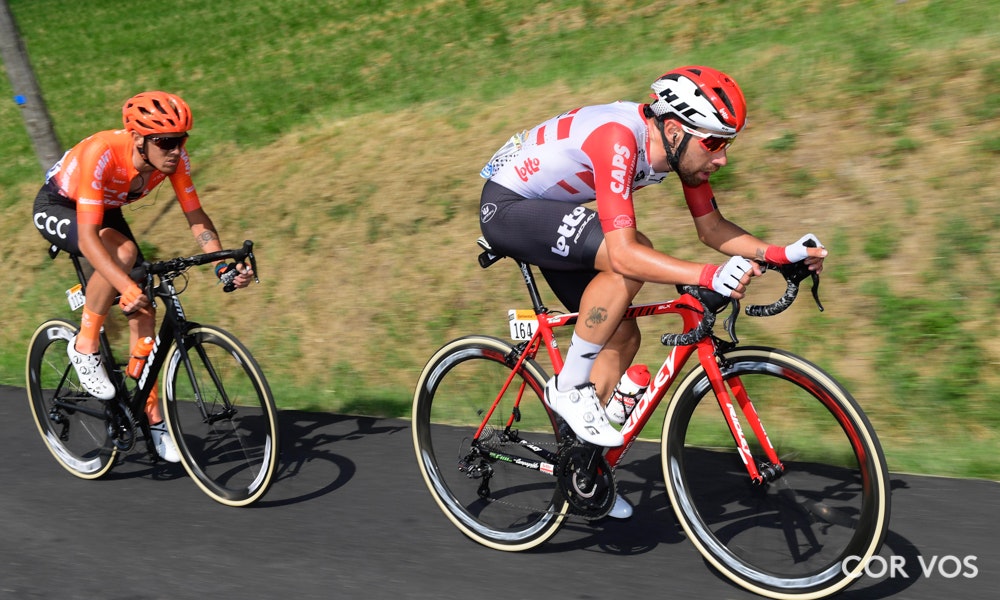 The longest climb of the day, the 8.5km long Côte d'Affoux saw the gap constrict down to three minutes. The break upped the tempo on the following climb, the Croix de Part with the hard pace proving too much for Terpstra and King, who appeared to be out of matches.

De Gendt and De Marchi pushed on as a pair, putting a minute into King and Terpstra. Back in the peloton, a hard pace up the day's penultimate climb, the Côte d'Aveize significantly thinned out the bunch, with 100 riders of so falling off the back by this point. 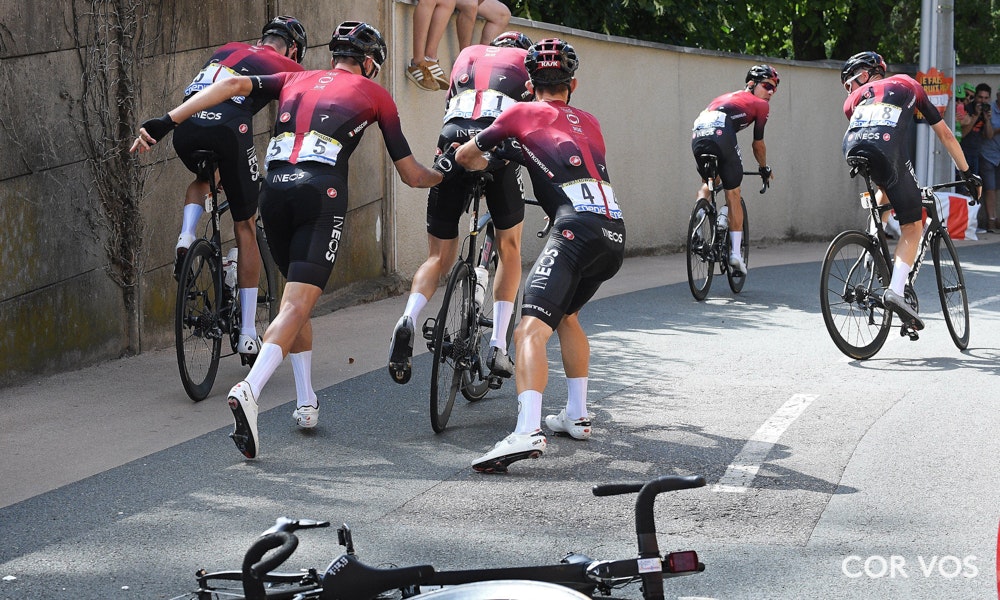 As the breakaway reached the foot of the day's final climb, De Gendt his the gas, distancing De Marchi almost immediately. Back in the peloton, Mike Woods (EF Education First) lost control on a technical descent, causing reigning champion Geraint Thomas (Ineos) and much of the Ineos team to fall also. Thomas' fall shattered teammates bike, with Ineos rallying around their leader to get him rolling again. Within a couple of kilometres, he was back in touch with the rear of the peloton; however, with as soon as Thomas and Ineos rejoined, Julian Alaphillippe and Thibaut Pinot launched off the front with 12km to go. 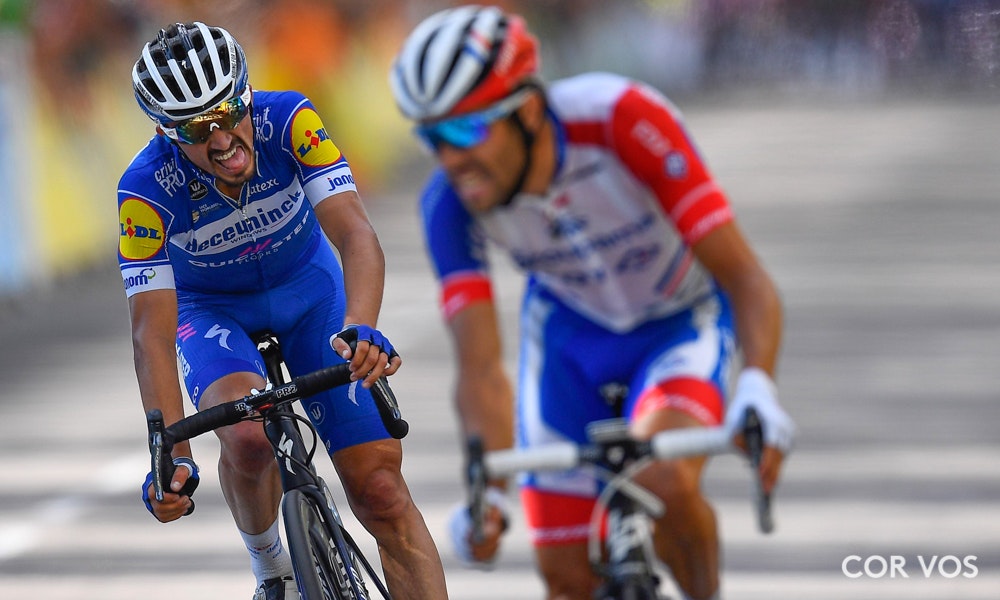 With Ineos recovering, the chasers at the head of the peloton were disorganised, allowing the high-quality attack to skip out to a 20-second gap. Out front, De Gendt constantly looked over his shoulder, with the attacking pair stomping on the pedals behind him. With 3km to go, De Gendt held a 30-second lead, by 1km to go; it was just 15 seconds. Sensing a catch was imminent, De Gendt upped his tempo once more, emptying the tank to hold off Pinot and Alaphillippe by 10-seconds at the finish line. Alaphillippe allowed Pinot to roll through in second, taking six bonus seconds, while Alaphillippe regained the yellow jersey, with the Frenchman holding a 23-second gap back to Giulio Ciccone (Trek-Segafredo). Thibaut Pinot moves up into third on the back of his bonus seconds, 53-seconds shy of the lead. 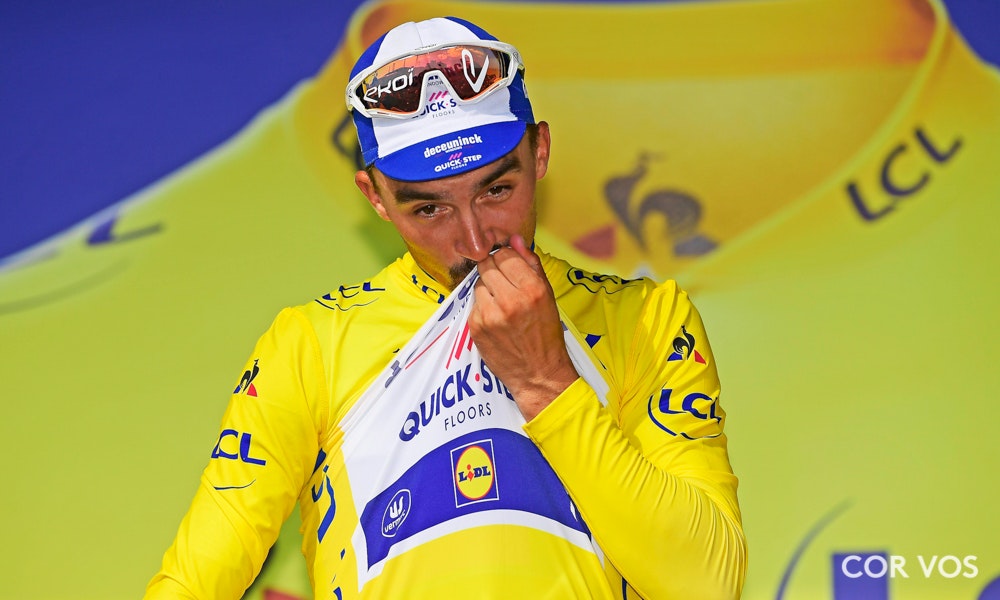