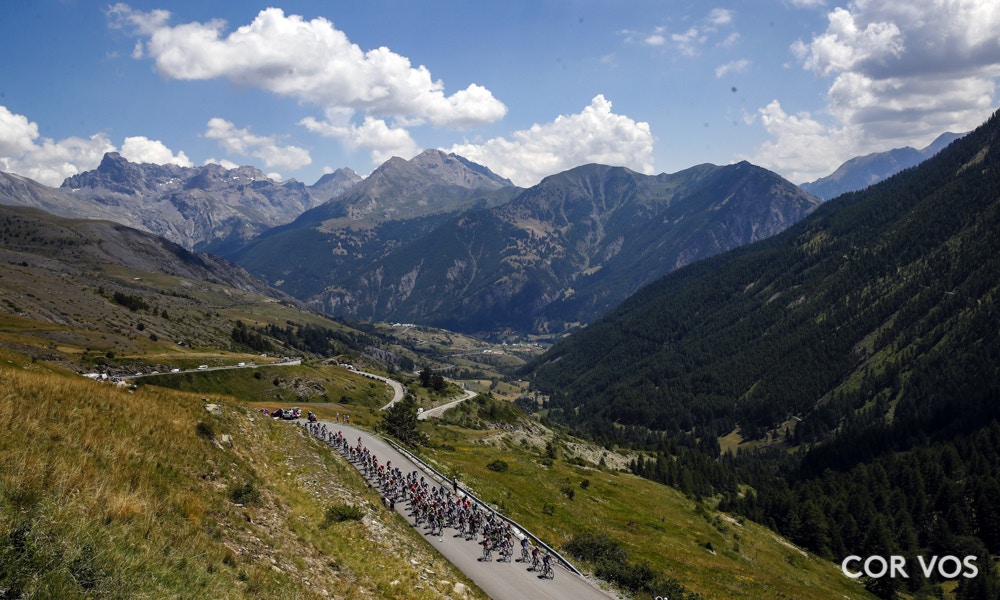 VALLORE, France – Nairo Quintana (Movistar) has resurrected his hope of taking the overall classification in the 2019 Tour de France with a gutsy win on stage 18. 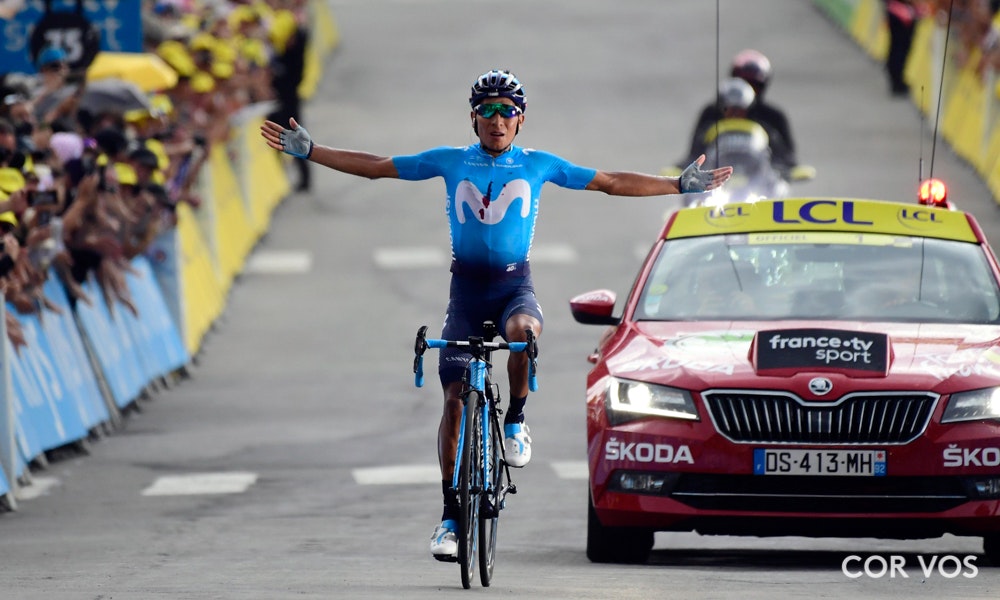 Quintana, who was part of a large breakaway, made the most of his climbing prowess to gap his escapees and hold off the fast-finishing GC group on the slopes of the iconic Col du Galibier. His win marks the first real sign of form from Quintana in this year's tour after the Colombian had been out of sorts in the first 2 weeks of the race. His stage win brings him within striking distance of Julian Alaphillippe (Deceunink-Quickstep) and up to 7th overall, just under 4 minutes down. 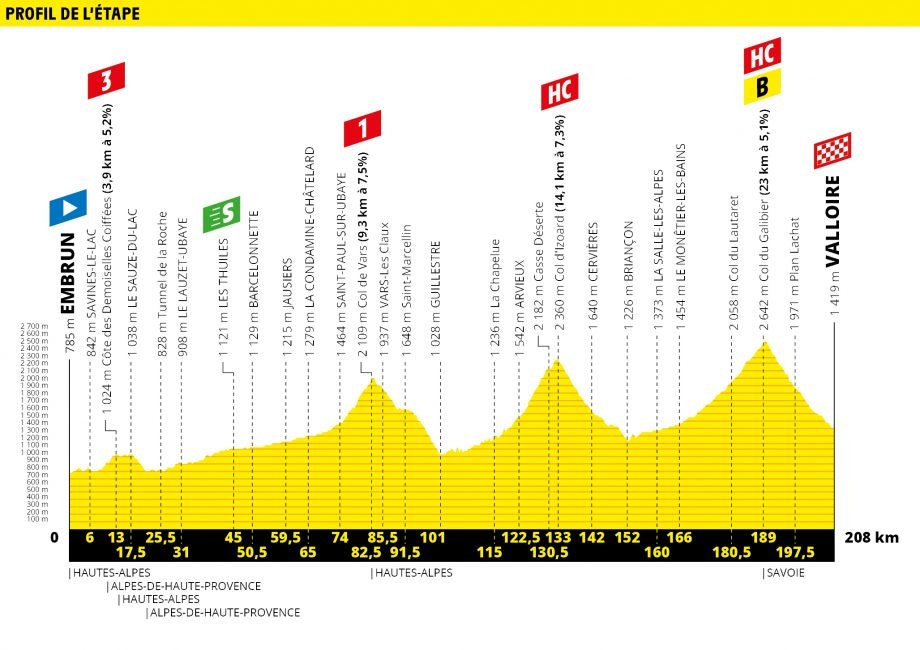 Stage 18 represented the first Alpine stage of this years tour, with four categorised climbs dotted through the parcours, the peloton would amass just under 5000m of climbing over the 208km stage from Embrun to Vallore.

As the flag dropped, the first test of the climbing legs came just 10km into the stage with the category three Côte des Demoiselle Coiffées setting the tone for the day. The first ascent of the day and the false flat that followed was frantic, as a large swathe of the peloton attempted to jump clear of the GC group. After 50km of racing, a large 34-man strong group managed to jump clear and included a host of strong riders including Nairo Quinta (Movistar), Romain Bardet (Ag2r La Mondiale) and Adam Yates (Mitchelton-Scott). 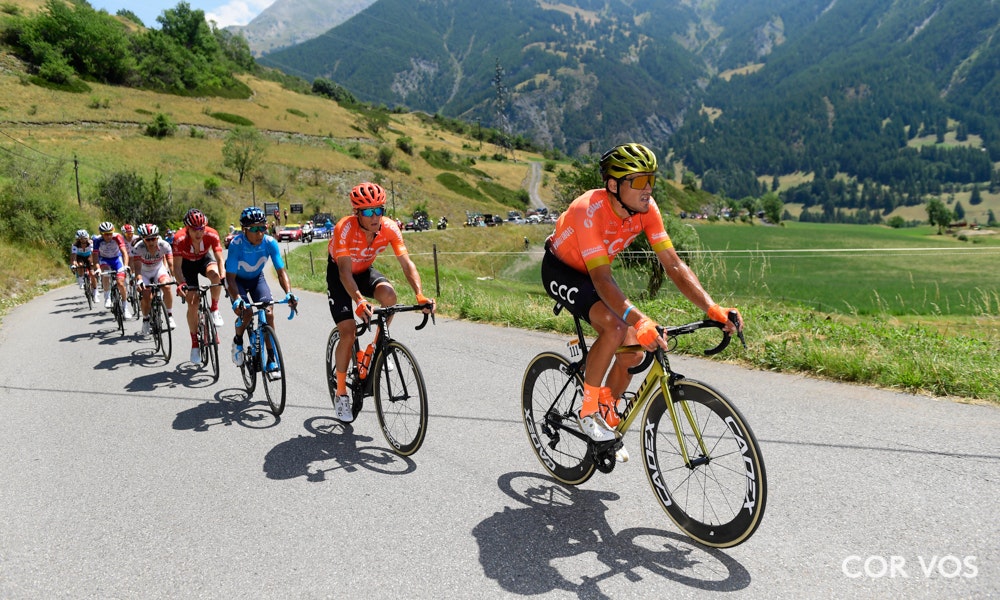 The break worked well, quickly amassing a gap back to the peloton of around four-minutes within 10km of jumping clear. On the false flat approach to the iconic Col d'Izoard, Greg Van Avermaet (CCC) attempted to jump clear, with Julien Bernard (Trek-Segafredo) following closely behind. Bernard et a hard tempo up the Izoard, riding Van Avermaet out of his wheel, but the duo was being quickly closed down by an elite group of climbers including Bardet, Quintana and Yates. Bardet and Damian Caruso (Bahrain-Merida) caught bernard with a handful of meters to spare before the summit, denying the young Frenchman of the honour of the first rider across the line.

Back in the GC group, and it was Movistar again applying the pressure uphill, shelling all-bar 20-riders from the peloton. However, the GC group made it over the first HC (outside category) climb of the day.

After a long flowing descent down the backside of the Izoard, the breakaway, now just 11-men strong, reached the foot of the Galibier intact. Caruso attacked the group with 9km still to climb on the Galibier, with Bardet, Quintana, Mike Woods (EF Education First) and Alexy Lutsenko (Astana) all following while Yates dropped back. 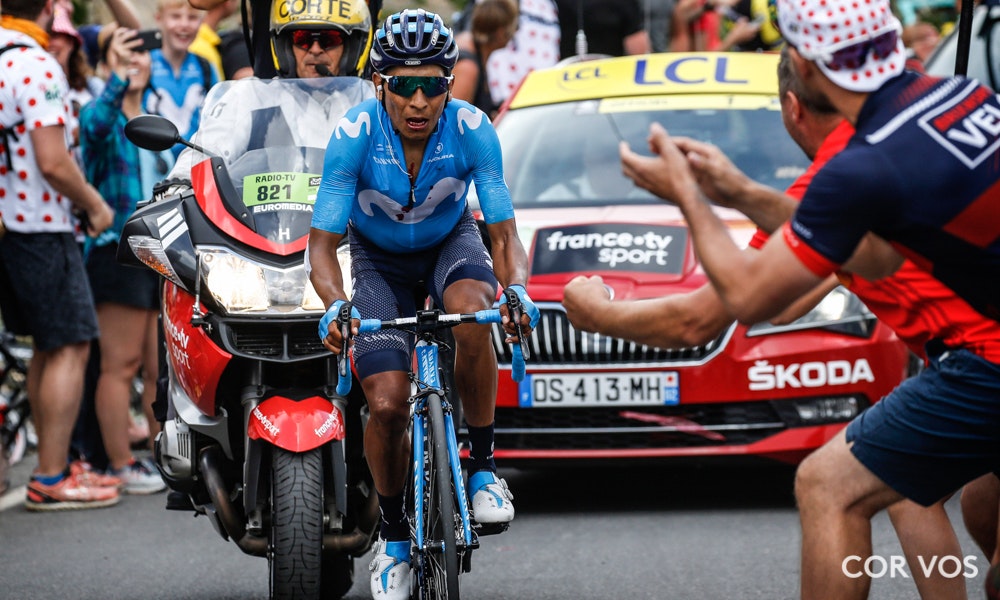 Quintana then launched an attack with 7km still to climb, pulling clear of his rivals, opening up a gap immediately. Such was the pace set by Quintana, he would hold an advantage of 1min 42sec by the top of the climb over Bardet, a lead he would hold till the line while Lutsenko rounded out the podium another minute back. 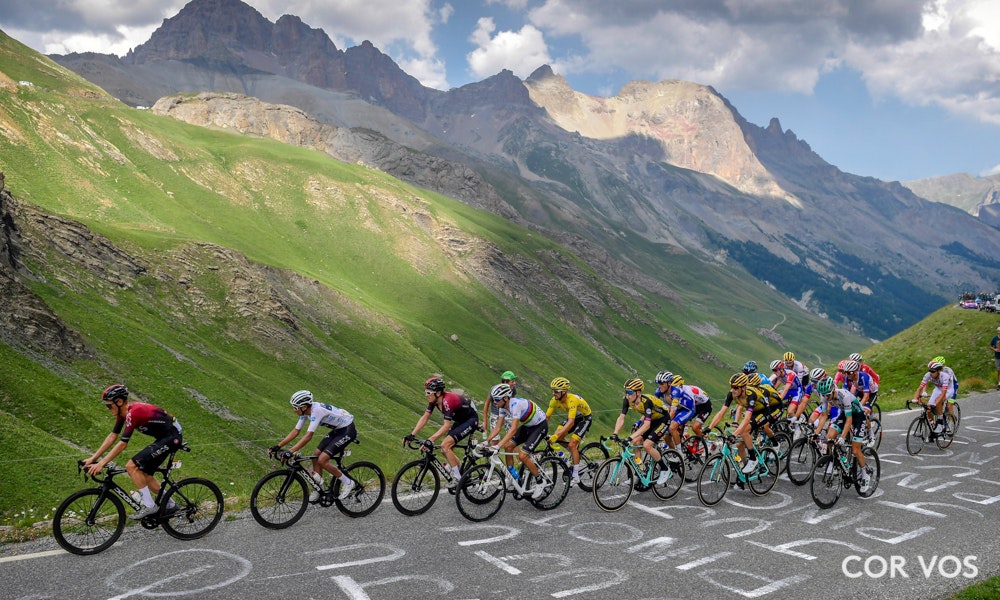 In the GC group, the favourites hit the foot of the Galibier intact, with Ineos and Movistar handling pace making duties for much of the climb. Egan Bernal (Ineos) launched an attack with 2km still to climb, riding clear of the bunch. Thomas then attacked Alaphillippe, with the GC favourites managing to follow; however, the acceleration put the yellow jersey holder in difficulty, with the favourites amassing an advantage of 18-seconds over Alaphillippe at the summit of the Galibier.

Down but not out, Alaphillippe then put on a descending masterclass, easily catching and momentarily gapping his rivals on the descent into Vallore. Bernal managed to hold off the GC group, taking 32-seconds back to move up into second place overall, while the GC favourites all crossed the line together. 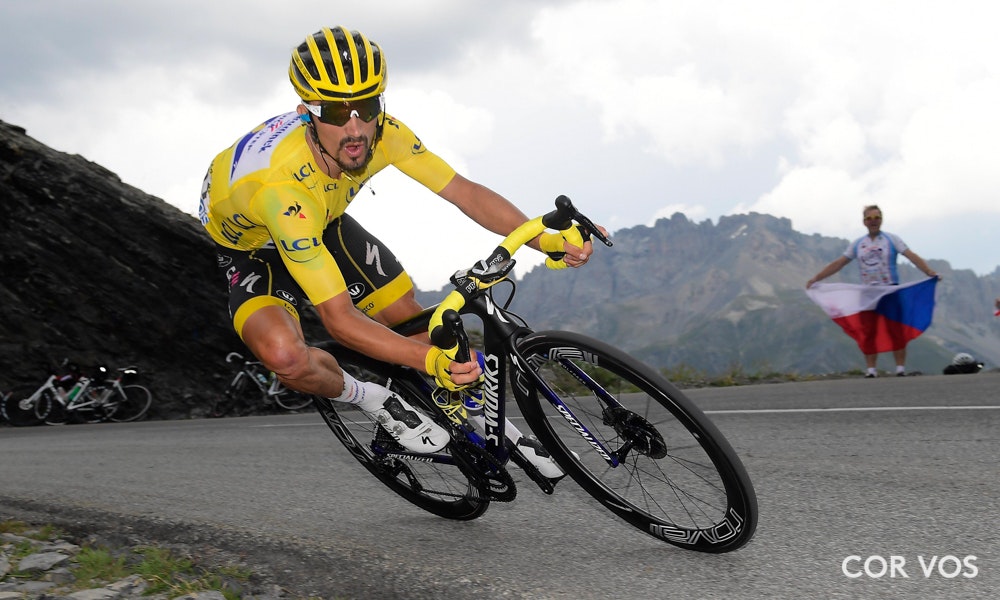 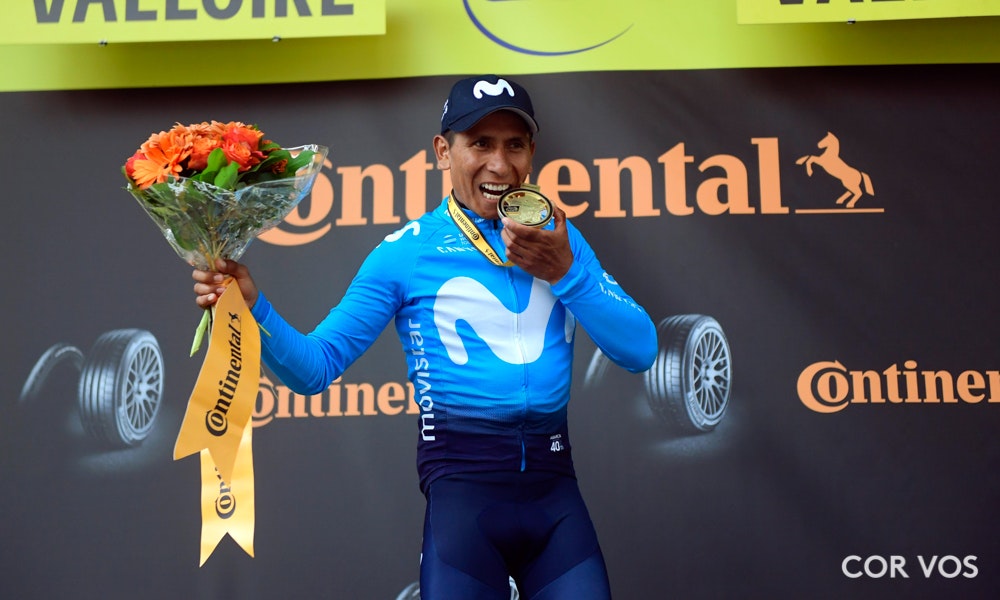 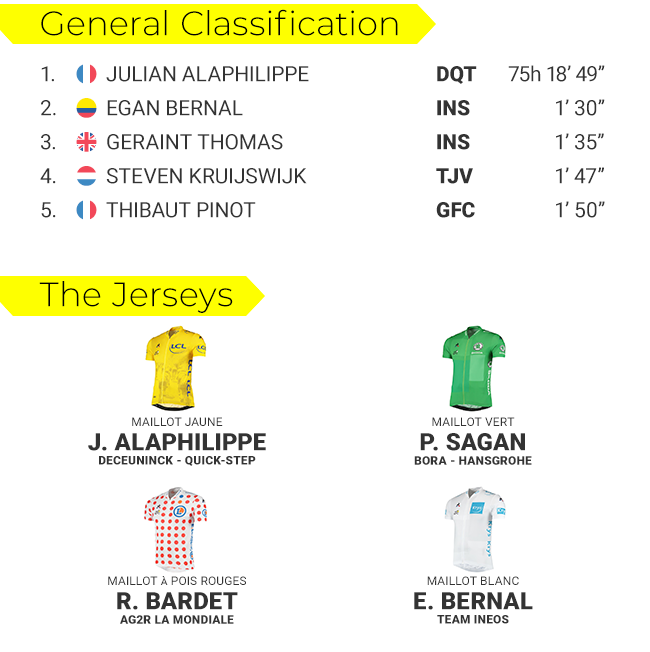