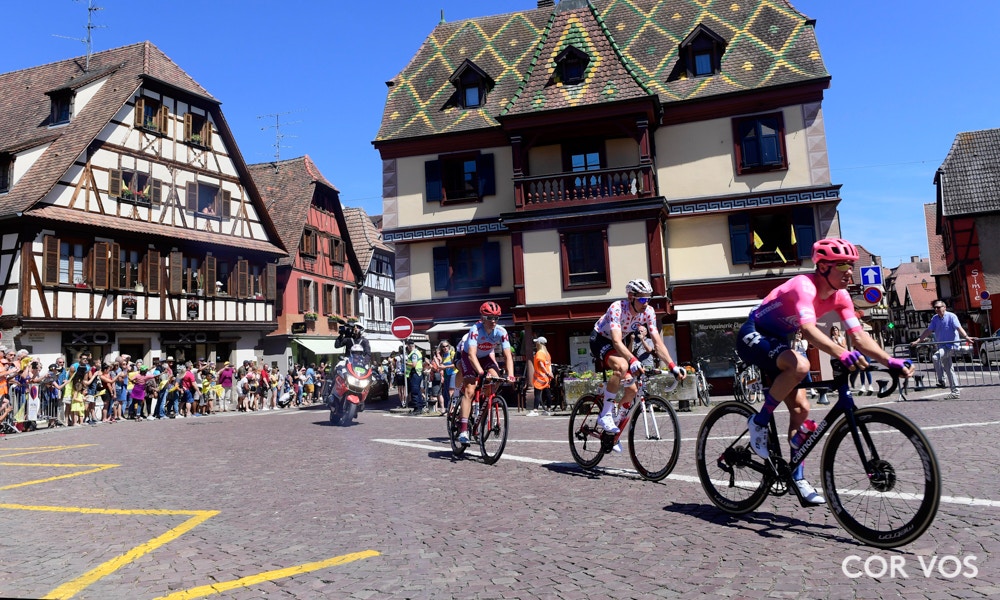 COLMAR, France – Peter Sagan has opened his account for the 2019 Tour de France, with a powerful sprint to victory on stage four in Colmar. 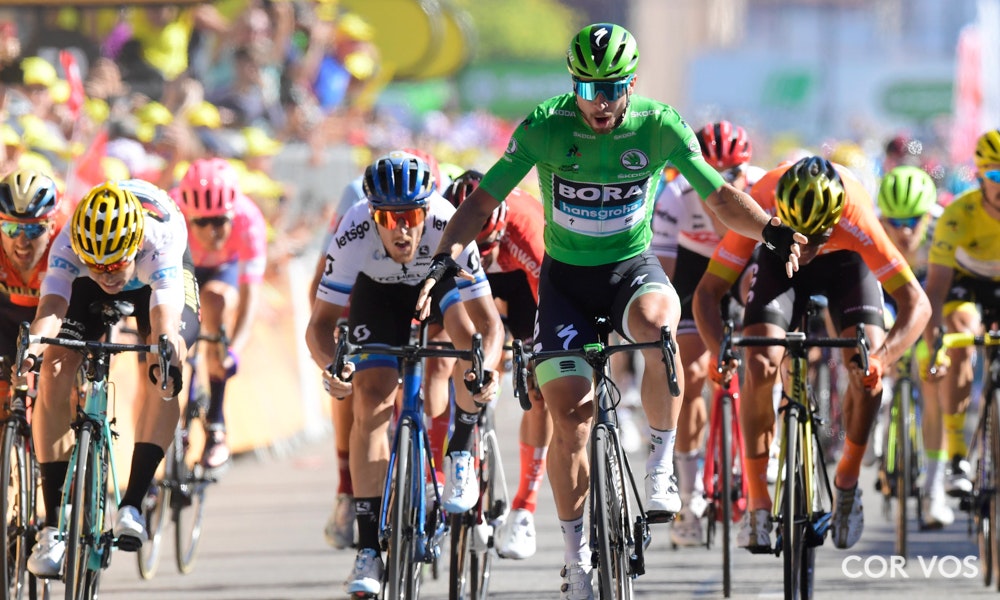 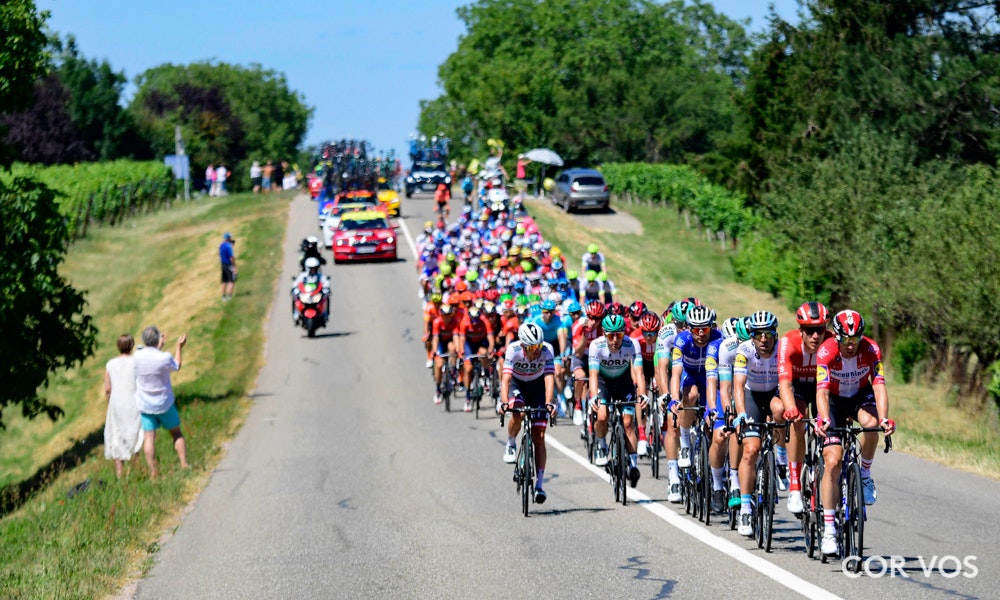 The peloton was eager to control proceedings on what was a lumpy 175.5km stage from Saint-Dié-des-Vosges to Colmar, keeping any attempts of a breakaway victory on a relatively short leash. 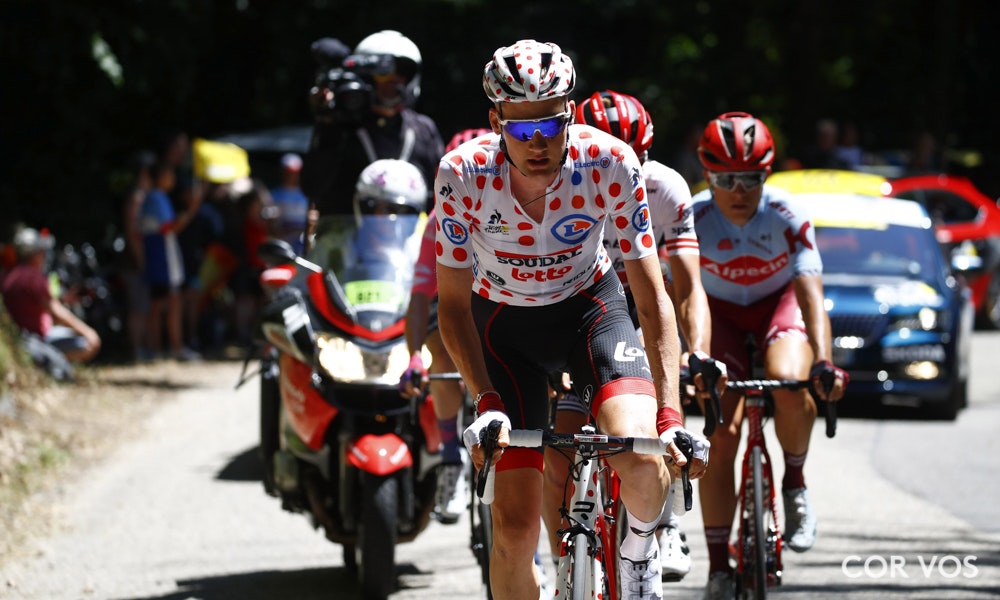 The quality of the breakaway meant that the pace from the peloton never really eased, managing to keep the gap hovering at around two minutes over the Côte de Grendelbruch and Côte du Haut-Koenigsbourg.

As the final two categorised climbs of the day loomed in the distance, the pace of the peloton and the quality of the break meant that key sprinters such as Caleb Ewan (Lotto-Soudal), Elia Viviani (Deceunink-Quickstep), and Alexander Kristoff (UAE-Emirates) lost contact with the main bunch.

By the final climb of the day, the 5km long Côte des Trois-Epis, the gap had reduced to 1min 20seconds. Sensing a catch was imminent, Toms Skujins jumped clear of the break, attempting to hold off a fast-finishing peloton. However, he was finally reeled in with 22km to go, all but assuring a reduced bunch gallop to the finish. 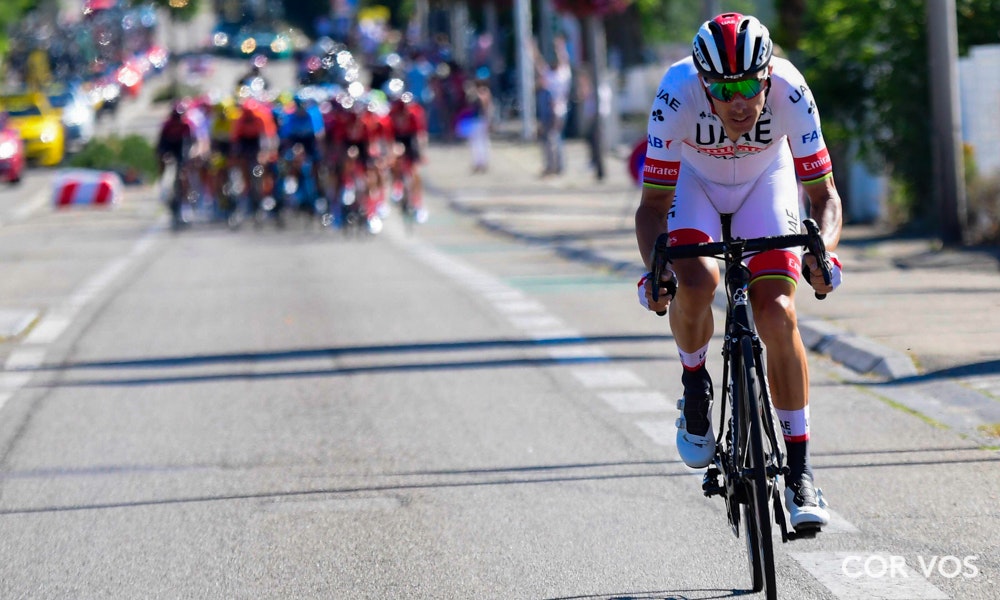 Rui Costa (UAE-Emirates) attempted to upset the apple cart with a solo attack with around 7km to go, managing to stay away until 2km to go, showing that the Portuguese all-rounder looks in decent form for the remainder of the race.

Trek-Segafredo was controlling proceedings as the peloton hit the flamme rouge before Daryl Impey (Mitchelton-Scott) launched his lead-out for Trentin. Sagan and Van Aert surfed wheels in the lead out before starting their final kick's with around 200m to run, but Van Aert could only watch on as Sagan powered away from the bunch, celebrating by flexing his muscles like the hulk as he crossed the finish line.

Stage six sees the race stay in the Vosges and features the first summit finish of the 2019 Tour.

The 160.5km route starts at Mulhouse and ends at La Planche des Belles Filles, which should provide for some excellent racing amongst the climbers and GC hopefuls. 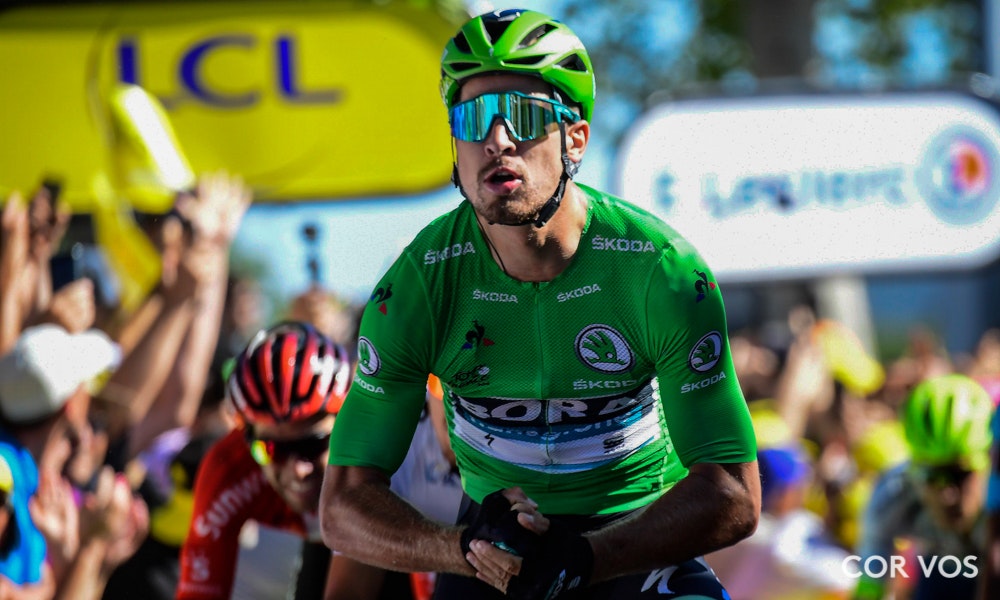 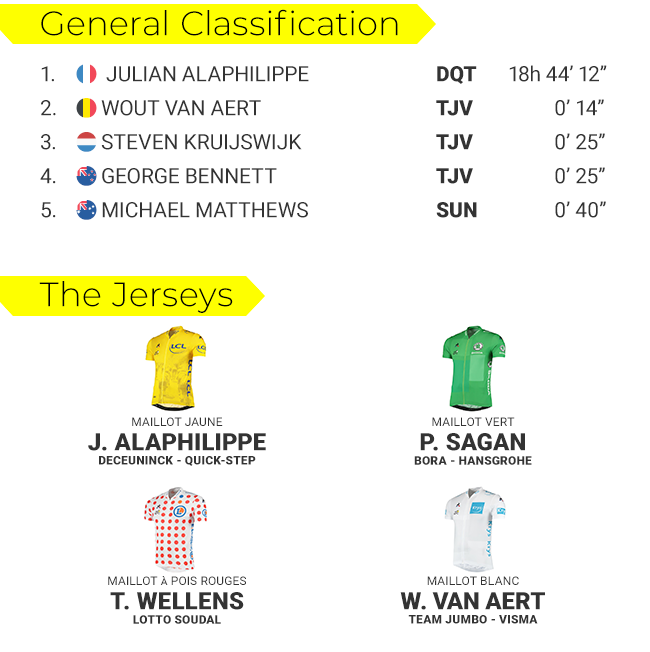