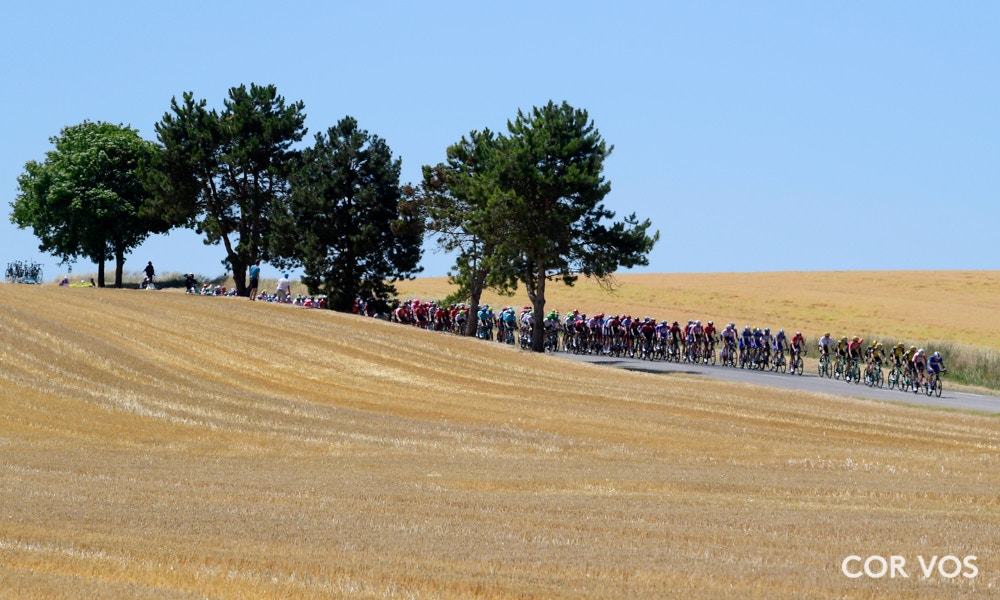 NANCY, France – It was back-to-back stage victories for Deceuninik-Quickstep as Italian fast man Elia Viviani (Deceunink-Quickstep) won a bunch kick to the line to close out Stage 4 of the 2019 Tour de France. 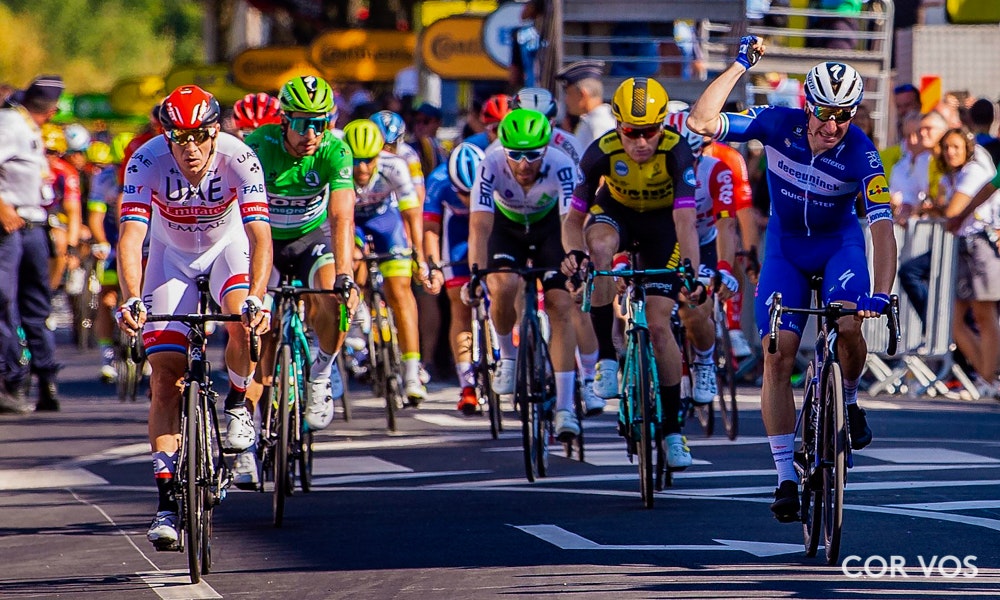 Viviani was helped to the line by yellow jersey holder Julian Alaphillippe who took to leading out the squad's marquee sprinter, proving that he really can do it all. In what was a straight forward finishing chute, Viviani proved to be the fastest finisher, edging out Alexander Kristoff (UAE-Emirates) and Caleb Ewan (Lotto-Soudal). The win is Viviani's first in the Tour de France, meaning he now has a victory in all three grand tours.

How The Stage Unfolded 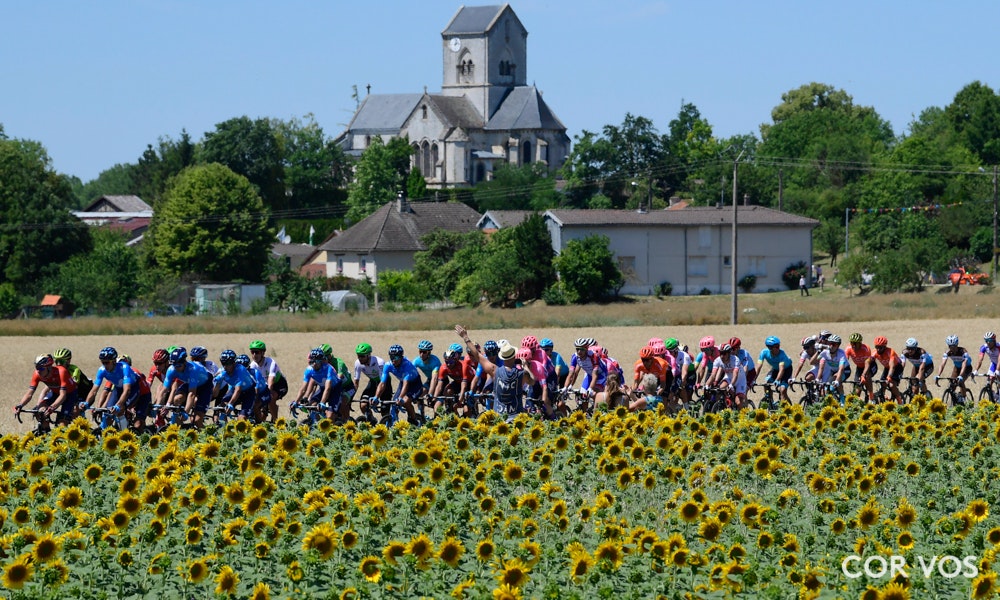 After a lumpy stage 3, the peloton was treated to a pancake flat 213.5km stage 4 from Reims, in the north of France, down to Nancy.

Three escapees attempted to gap the peloton, but given the flat parcours, there was never any doubt that they would be swallowed up by the peloton before the run-in to the finish line with the catch occurring with 16 kilometres to go. Back in the peloton, the day was mostly uneventful, save for two crashes in the bunch, affecting Tony Gallopin (AG2R-La Mondiale), Patrick Konrad (Bora-Hansgrohe), and Gianni Moscon (Team Ineos). All three riders recovered and rejoined the peloton after their respective spills. 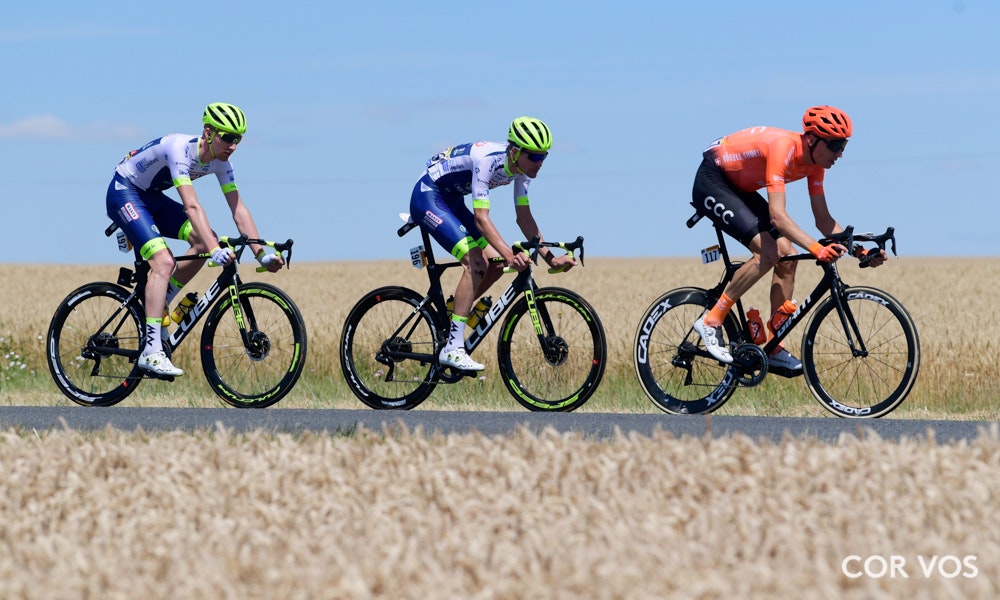 Lilian Calmejane (Total-Direct Energie) attempted a solo breakaway just as the day's final escapee was being rounded up and managed to skip clear for around 6 kilometres, but with the sprint trains jostling for position with 7km to go, he was soon absorbed back into the peloton.

Team Ineos controlled the pace at the front of the peloton on the lead into the final kilometre, protecting their GC assets in Egan Bernal and Geraint Thomas, with the sprint trains of Deceunink-Quickstep, UAE-Emirates and Jumbo-Visma then taking over. Wout Van Aero (Jumbo-Visma) took up proceedings with 1km to go, attempting to deliver Dylan Groenewegen to the line before four Deceuninck-Quickstep riders took to the inside, including yellow jersey holder, Julian Alaphillippe.

With just under 200 meters to go Viviani launched his sprint as Kristoff turned up the wick behind him, with Caleb Ewan stomping on the pedals to his left.

Kristoff briefly led, but Viviani proved to have a better top-end, surging past to take the win, while Ewan narrowly pipped Sagan for third. 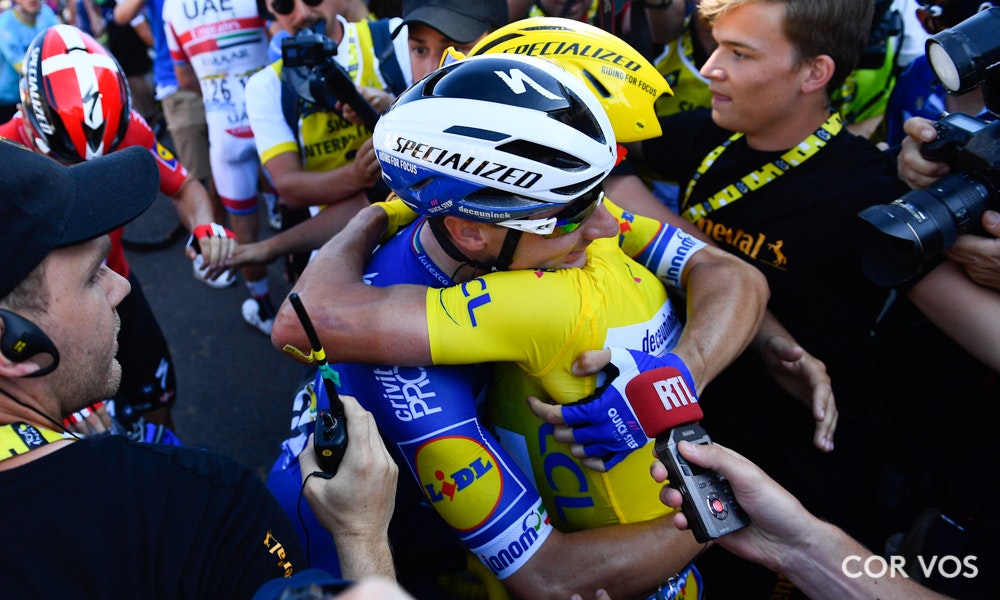 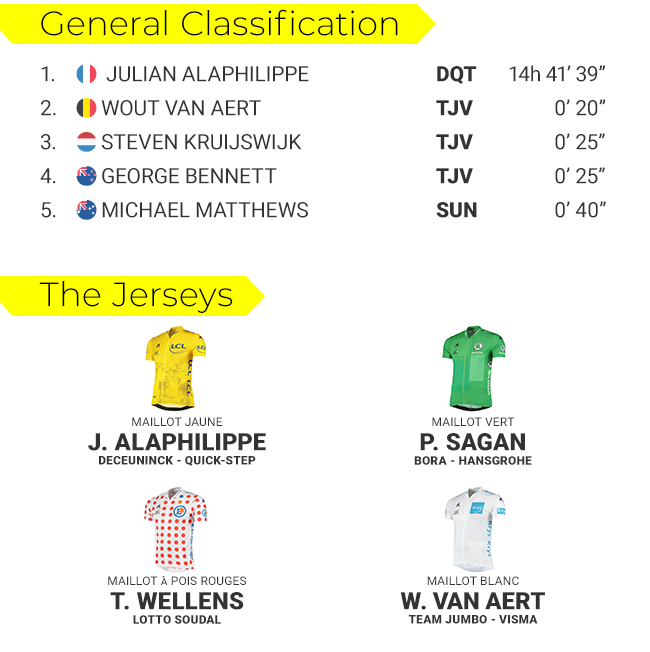