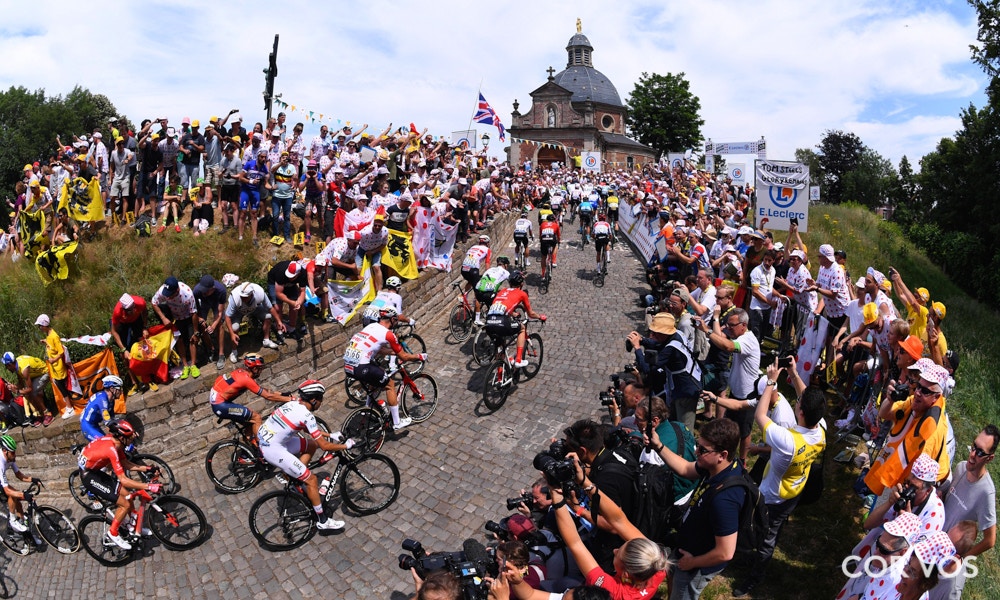 BRUSSELS, Belgium – In what was a chaotic run into the finish line, Mike Teunissen (Jumbo-Visma) has taken a stunning sprint victory and the first Maillot Jaune of the 2019 Tour de France. 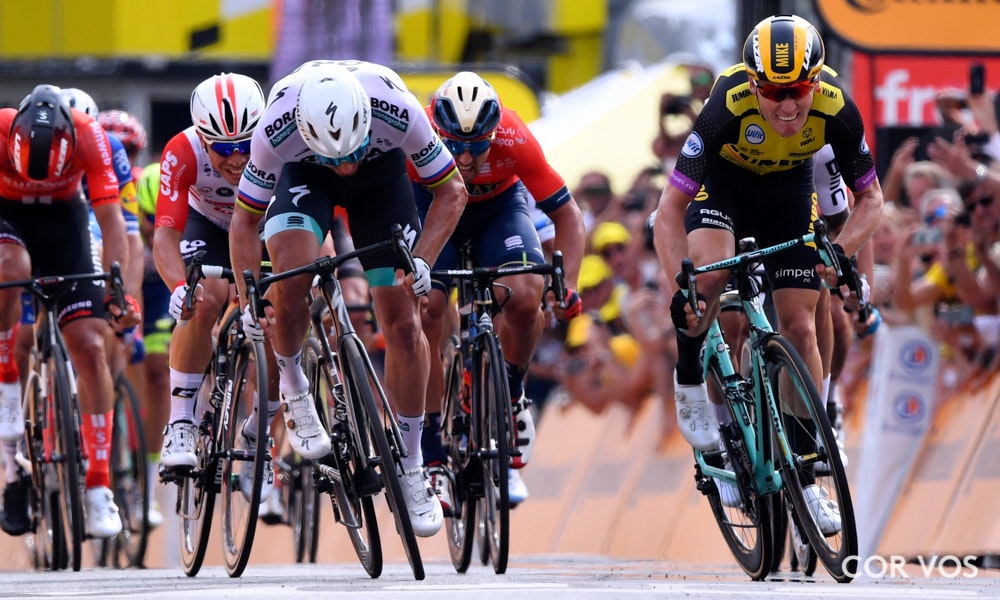 It was was a less than idyllic finish to the opening stage, after chaos ensued in the final kilometre as several pre-race favourites and green jersey hopefuls hit the deck just before the line, leaving the sprint trains in disarray. Teunissen narrowly beat out Peter Sagan (Bora-Hansgrohe) in second and Caleb Ewan (Lotto-Soudal) in third. 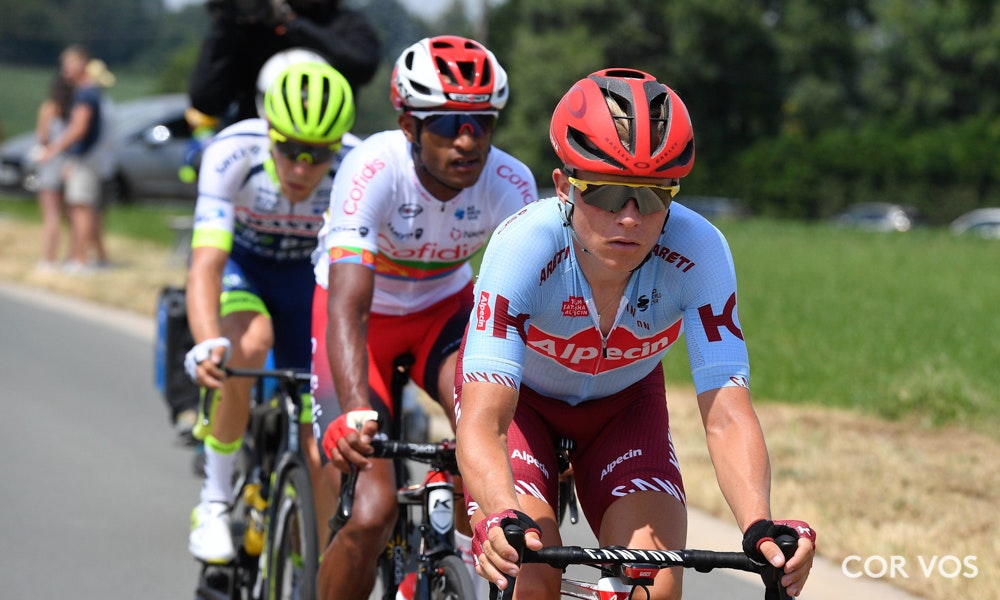 The 194.5km staged began and finished in Brussels with a stage profile that looked well suited to the fast men of the peloton. A breakaway consisting of four riders including; Greg Van Avermaet (CCC), Natnael Berhane (Cofidis), Mads Würtz Schmidt (Katusha) and Xandro Meurisse (Wanty-Groupe Gobert) escaped the peloton early; and had amassed an advantage of over three minutes within 20km of the break forming. The peloton slowly reeled the escapee’s back in before Stephane Rossetto launched a daring solo attack that would see him dangling out front of the peloton until 10km to go.

The peloton was steaming along the flat parcours chasing down the remnants of the break when overall favourite Jakob Fuglsang (Astana) hit the deck. With the aid of his teammates, he managed to rejoin the peloton just as the days final solo flier was caught. 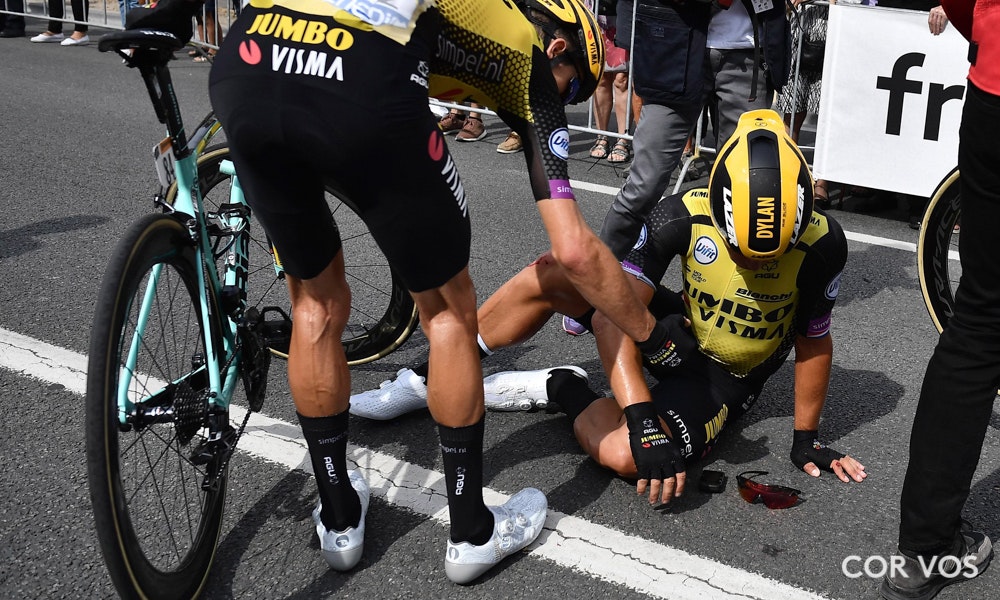 From here the sprint teams muscled their way to the front of the peloton, vying for position ahead of a bunch gallop to the line. It was bad news for Jumbo-Visma initially with Dutch sprinter, Dylan Groenewegen along with the bulk of his lead-out, caught up in a big crash inside the final two kilometres.

Sensing a victory, Deceuninck-QuickStep took control at the front, but their main man Elia Viviani was too far out of position in the final kilometre to do any real damage. Michael Matthews (Team Sunweb) launched his sprint with just under 300 metres to go, but it wasn’t long before Peter Sagan burst past with Italian fast man Sonny Colbrelli (Bahrain-Merida) alongside him.

Behind the duo, Ewan looked restrained in his sprint somewhat after he sought to move up the middle to take the win. But it was eventual winner Teunissen who sped past on the outside in the closing metres to steal a shock victory.

"I cannot believe it," Teunissen said after the stage. "We were working for weeks and months to bring Dylan here to the win and take the yellow jersey, and then with 1.5km to go everything disappears because he goes down in a crash. "Then I thought I'm still here, still fresh so we can try it. I saw everyone dying in the last metres – even Sagan I was catching up on. I just took him on the line and, like I said, it's beyond imagining. It's unbelievable.” 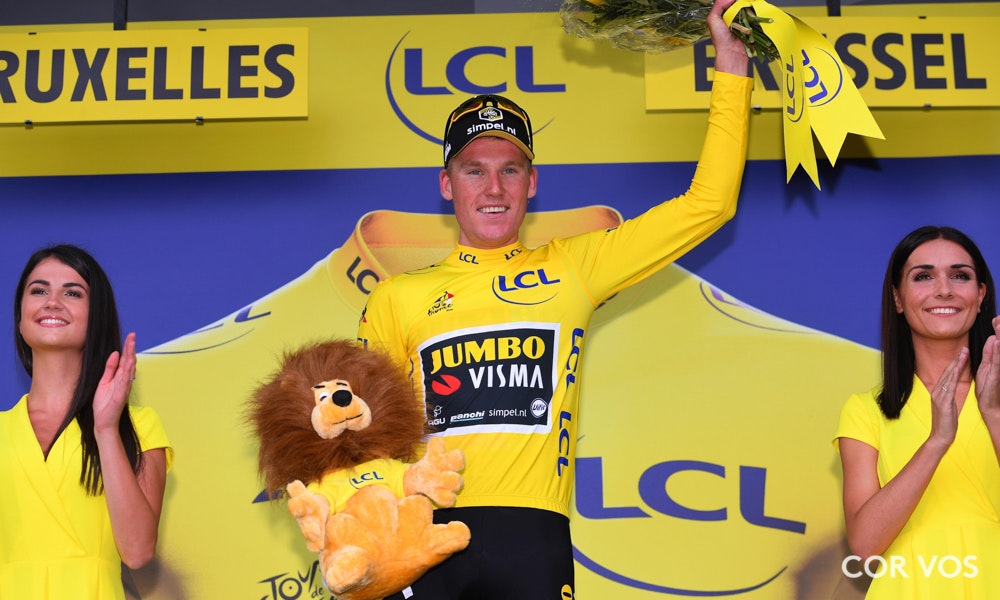 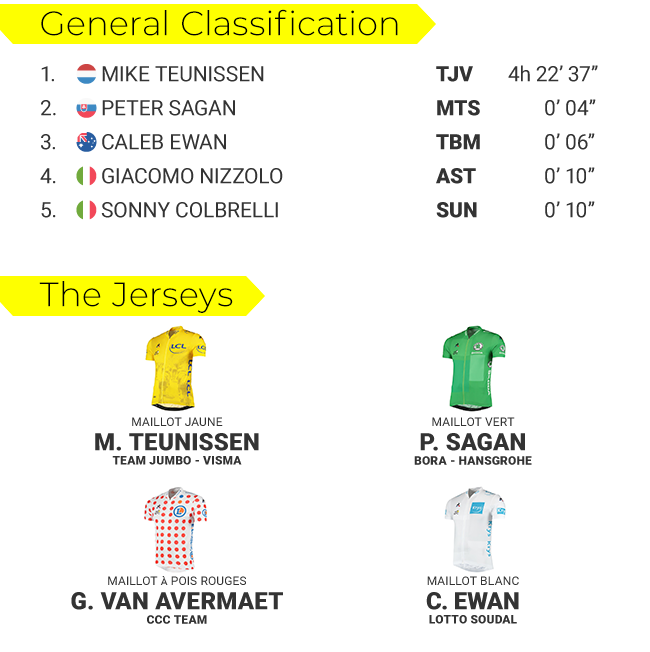