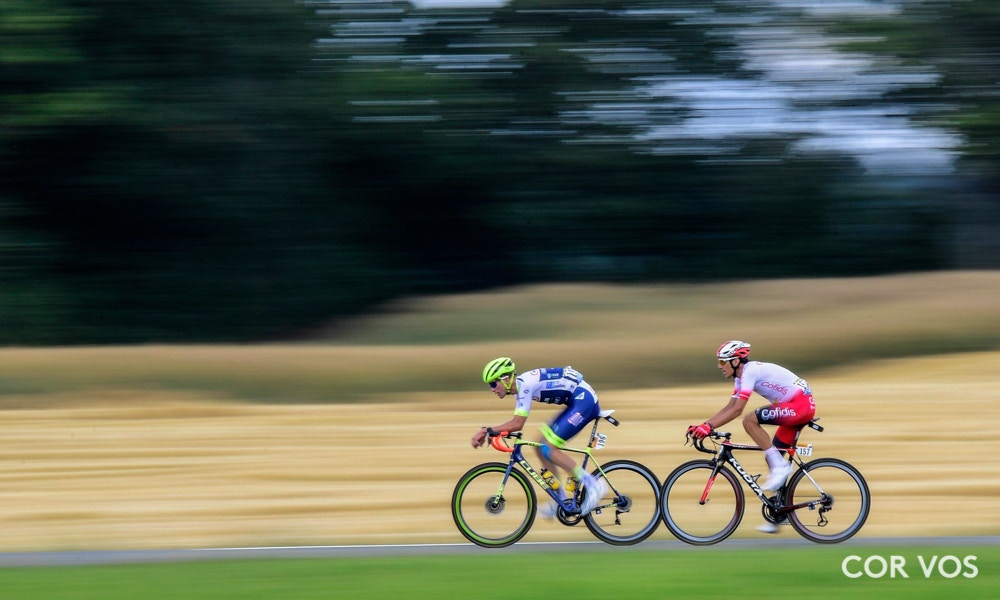 CHALON-SUR-SAÔNE, France – Dylan Groenewegen (Jumbo-Visma) has recovered from his spill on stage one to open up his account in the 2019 Tour de France with a powerful sprint victory on what was the longest stage in this year's race.

Groenewegen narrowly edged out fast finishing Aussie Caleb Ewan (Lotto-Soudal) by a matter of centimetres in the bunch gallop to the line. A bike length or so back, Peter Sagan (Bora-Hansgrohe) crossed the line in third place, increasing his advantage in the green jersey points competition. 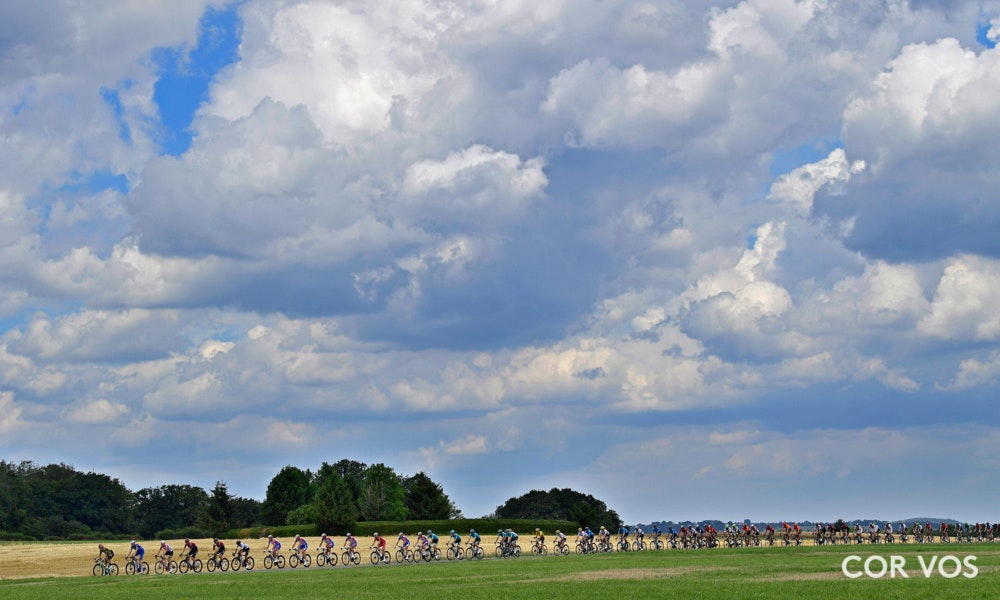 As previously mentioned, the 230km stage from Belfort to Chalon-sur-Saône was the longest of this years tour, and with a block headwind and a flat stage profile, also perhaps the sleepiest.

This didn't deter a few riders from attempting a breakaway, with seasoned escapees Stéphane Rossetto (Cofidis) and Yoann Offredo (Wanty-Gobert) spending a few hours off the front, but with the gap being managed by the peloton, it was a matter of time before they were reeled in. 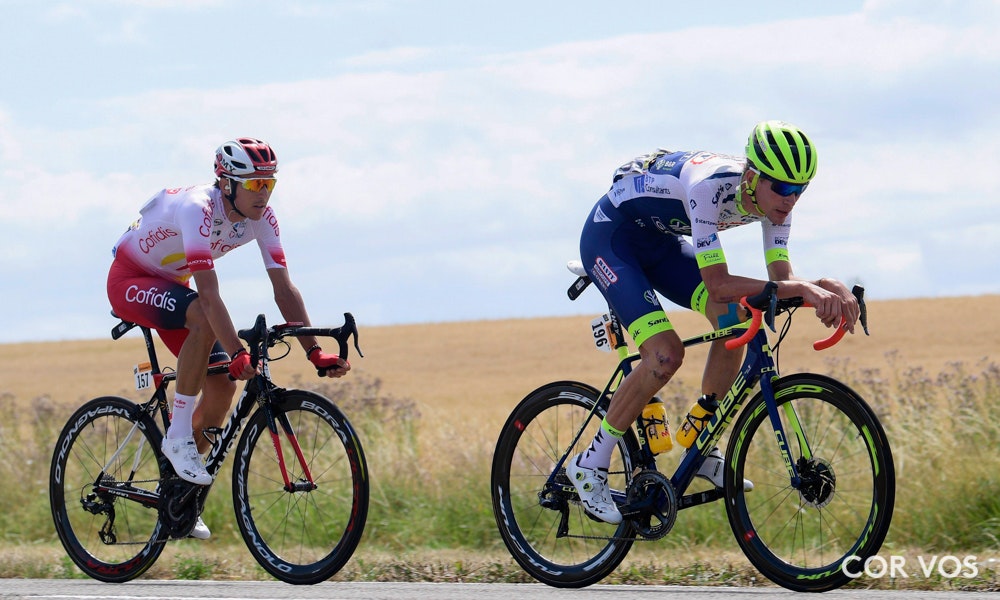 The catch occurred with around 15km to go, on the back of the peloton ramping up the tempo before the run-in to the finish line.

As the kilometres ticked down, the sprint trains fo Deceunink-Quickstep, Jumbo-Visma and Bora-Hansgrohe jockeyed for position at the front of the peloton.

Wout Van Aert (Jumbo-Visma) pulled to the front of the peloton, putting in an impressive five minute, 500-watt pull that strung out the peloton, and edged speeds up to over 60kph. 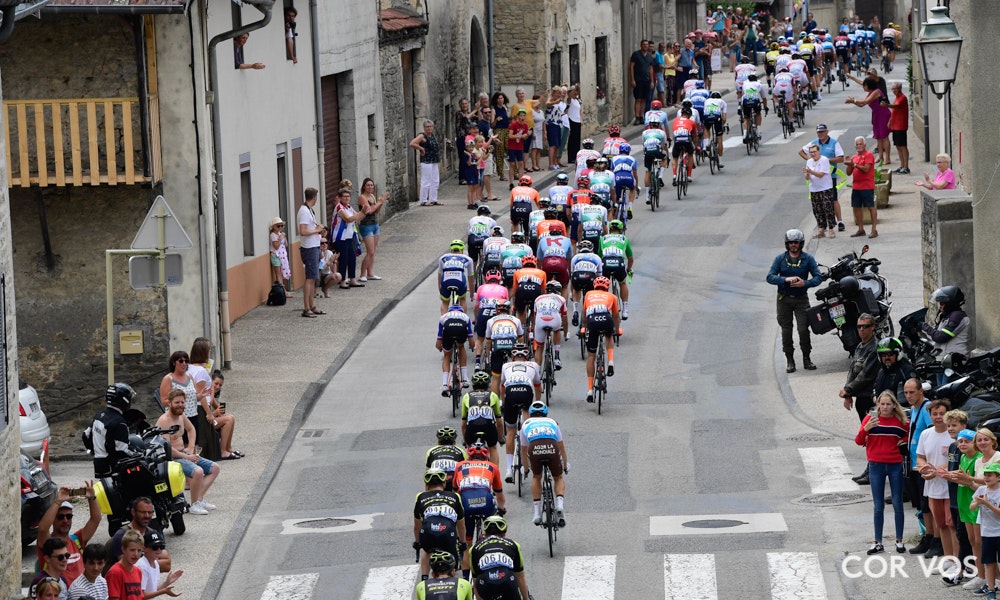 Within the final kilometre Elia Viviani (Deceunink-Quickstep) was delivered in perfect position, with Caleb Ewan surfing his wheel. Groenewegen started his sprint with around 275m to go from five wheels back, surging past Viviani, and Sagan, holding off Caleb Ewan by a rim width at the line.

“Obviously it’s frustrating. I want to get a win and I feel like I have the legs to do it,” Ewan said at the finish. “But I’ve been in this position before where I haven’t won in the first week of a grand tour and I’ve come back, so I’m still confident I can do it. I’ve shown in the last few sprints that I’m right there and today I was really close.” 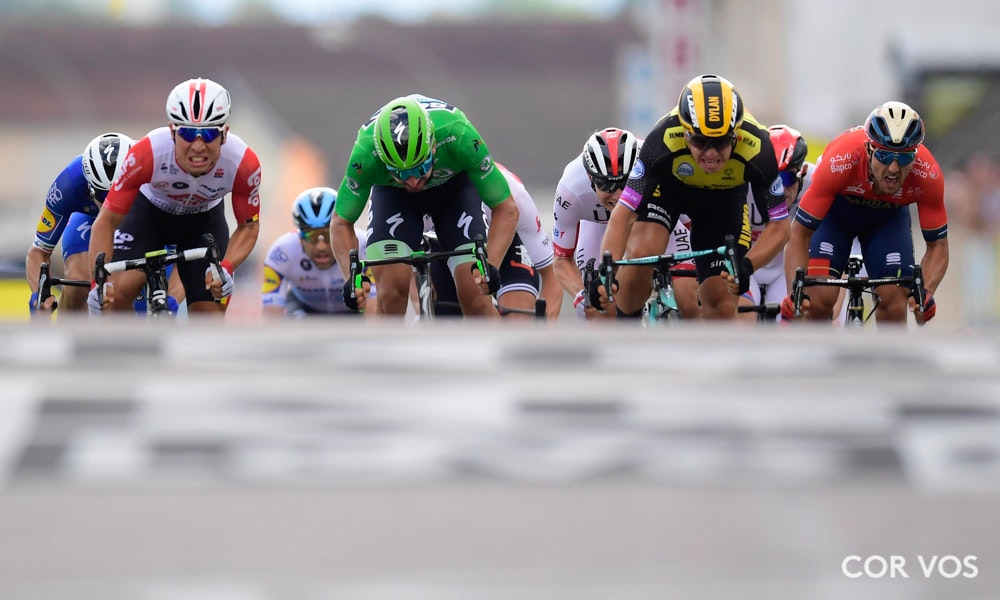 “Every time I sprint Caleb is is very close,” Groenewegen said. “He’s a very good sprinter and today I could beat him.”

The win is Groenewegen's fouth in a grand tour, and with his claims that we has recovered from his crash in the first stage, expect to see him contesting each sprint up until Paris.

Back in the peloton, there was no change to the overall standings with Giulio Ciccone (Trek-Segafredo) still holding a six-second margin over Julian Alaphillippe (Deceunink-Quickstep) 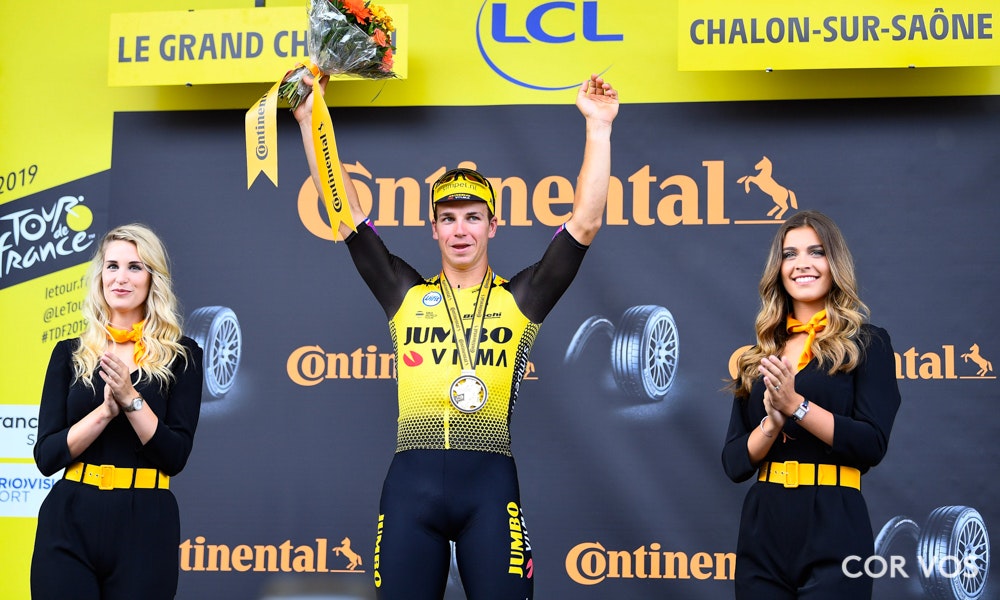