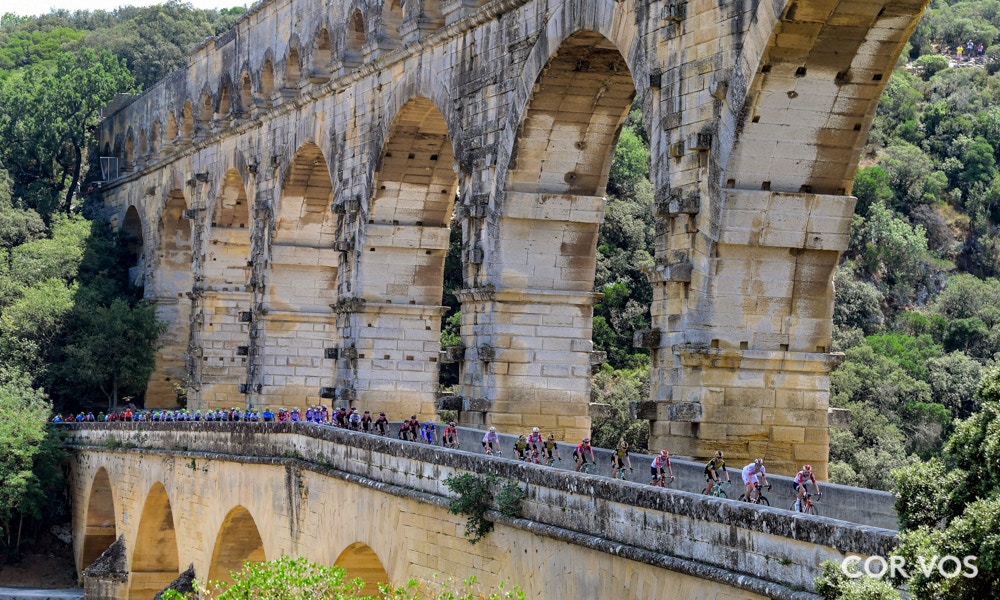 NÎMES, France – Caleb Ewan (Lotto-Soudal) has made the most of the second rest-day of the Tour de France, timing his sprint to perfection to take out stage 16. 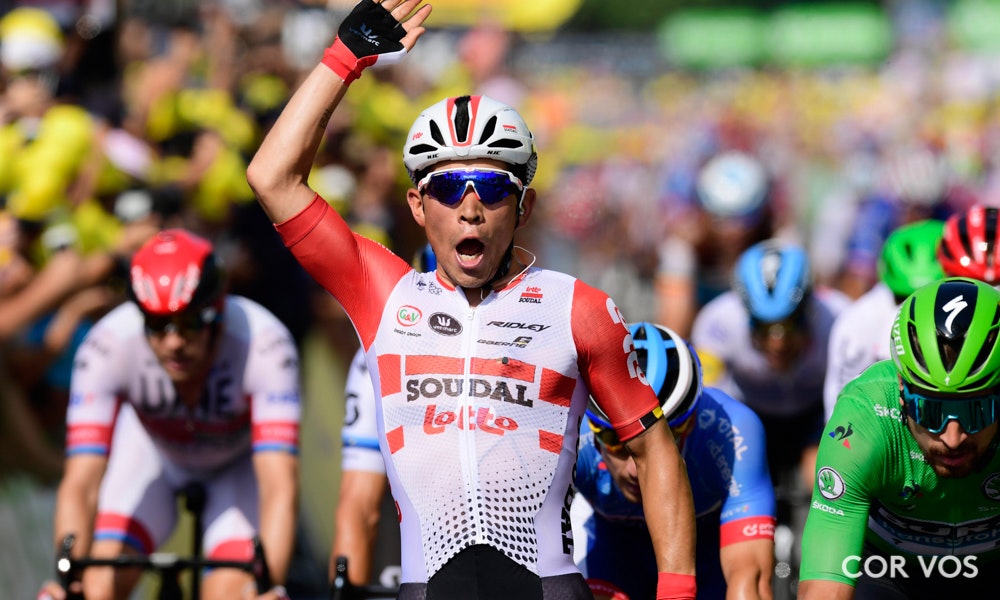 It's Ewan's second win in this years tour, after opening up his account the first rest day on Stage 11 into Toulouse. Ewan jumped early on the run-in to the line, hitting top speed and surging past Elia Viviani (Deceuninck-Quickstep) while Dylan Groenewegen rounded out the podium in third place. 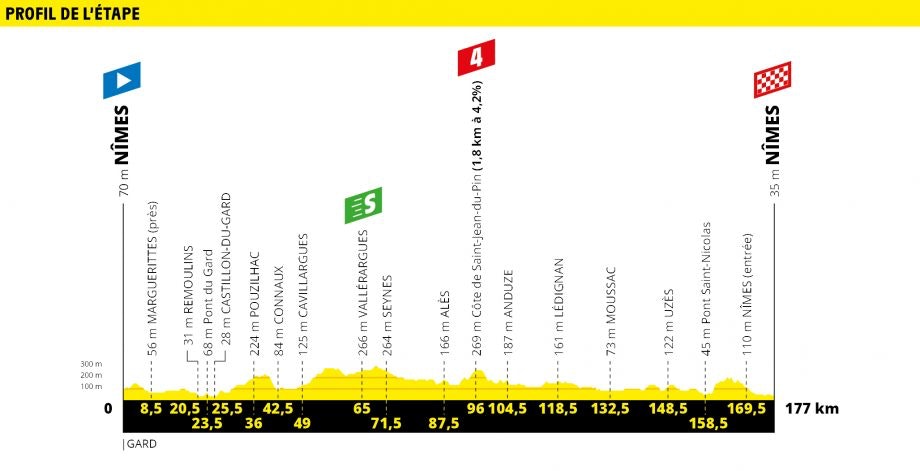 On what was the hottest day thus far in this year's race, the peloton traversed a relatively flat 177km loop in and around the town of Nimes, France. 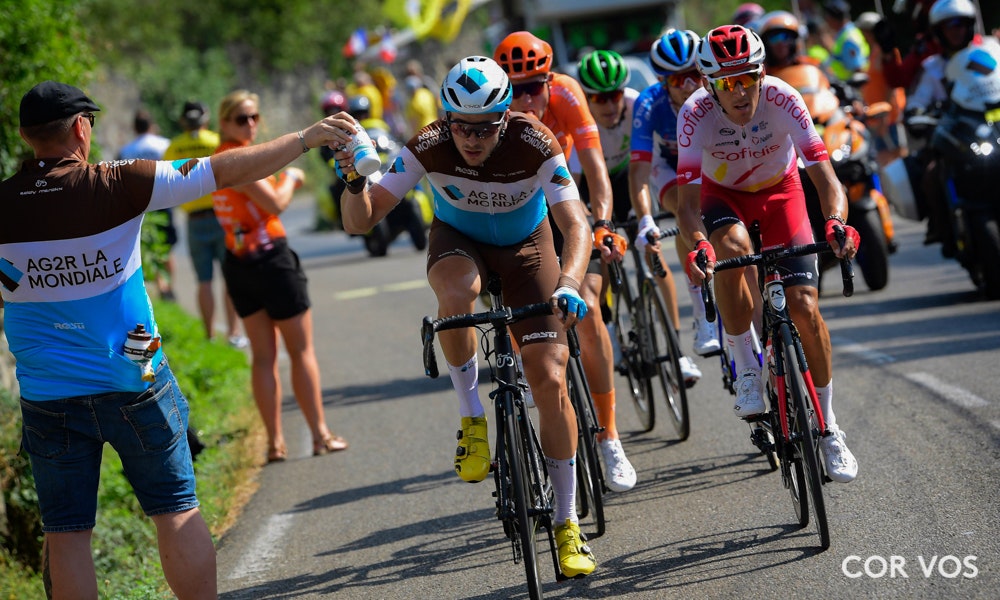 With temperatures nudging 40º it was a scorching day in the Provincial countryside. The days breakaway consisted of five riders, Alexis Gougeard (Ag2r La Mondiale), Stephane Rossetto (Cofidis), Łukasz Wiśniowski (CCC Team), Paul Ourselin (Total Direct Energie) and Lars Bak (Dimension Data). The peloton was happy to let the break go, but kept them on a relatively short leash. Ultimately the escapees would stay away until around 4km to go where they were absorbed by a peloton riding a hard tempo as the sprint trains jostled for position.

The heat had an effect back in the peloton, with a number of bizarre crashes affecting key race favourites. This included Geraint Thomas (Ineos) who fell 50km into the stage after his rear derailleur locked up heading around a bend, and Jakob Fuglsang (Astana) who was less fortunate. Fuglsang crashed hard with 30km to go and was forced to abandon as a result of his injuries. 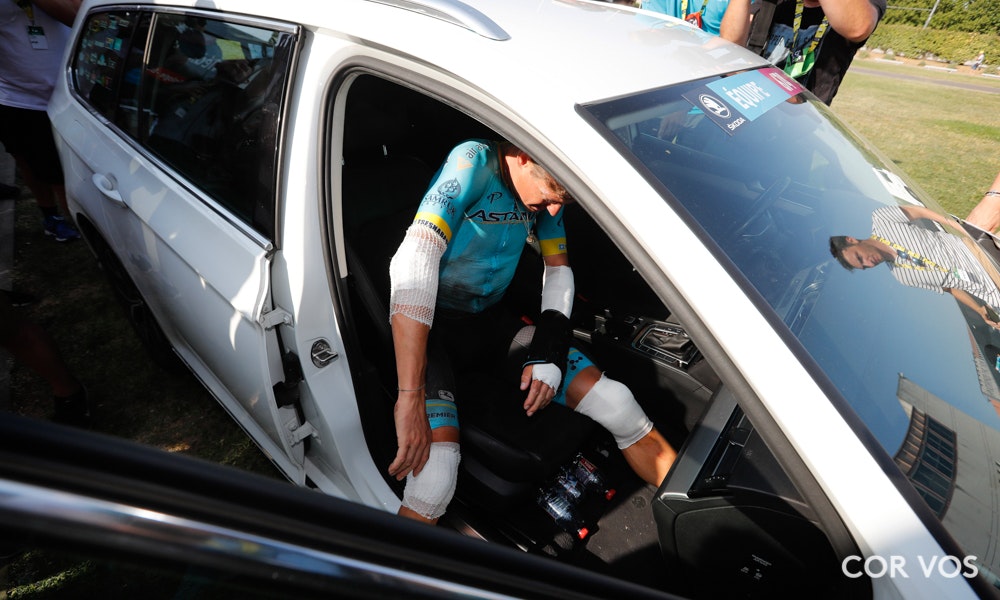 The rest of the days stage was a relatively fuss-free affair, with the action hotting up within the final 5km of the stage. The sprint trains jostled for position, pushing the speeds up and stringing out the peloton as it snaked through the city limits. Thankfully the road opened up in the final km, allowing the trains to position their men accordingly. Ewan and Groenewegen surfed trains in the bunch, while Viviani and Peter Sagan (Bora-Hansgrohe) each recieved a strong lead-out from their closing men. However, it was Ewan that was first to jump with around 200m to go, proving too fast to close down.

Caleb is now the only sprinter to have won two stages in this year's Tour de France. The final sprint opportunity is expected to be on the Champs Elysees in Paris on Sunday and the young Aussie is a red-hot favourite to win there. "To be honest, I felt so bad today during the day. I think the heat really got to me. But I had extra motivation today because my wife and daughter are here. I'm so happy I could win for them. I said before it's a dream to be here, and it was such a big dream to win one stage. Now I've won two, I can't believe it," Ewan said.

As for the Maillot Jaune, Julian Alaphilippe (Deceuninck-QuickStep) was able to add another recovery day and is looking more and more comfortable. “I enjoyed a relatively quiet but hot day where temperatures went up to 40°C. "In the final kilometres I was scared to crash," Alaphilippe admitted. "There were a lot of crashes, and I never want to crash, but especially when you are the leader of the race. I tried to take care in all the corners. In the end, we didn't win with Elia but it was a good day.” 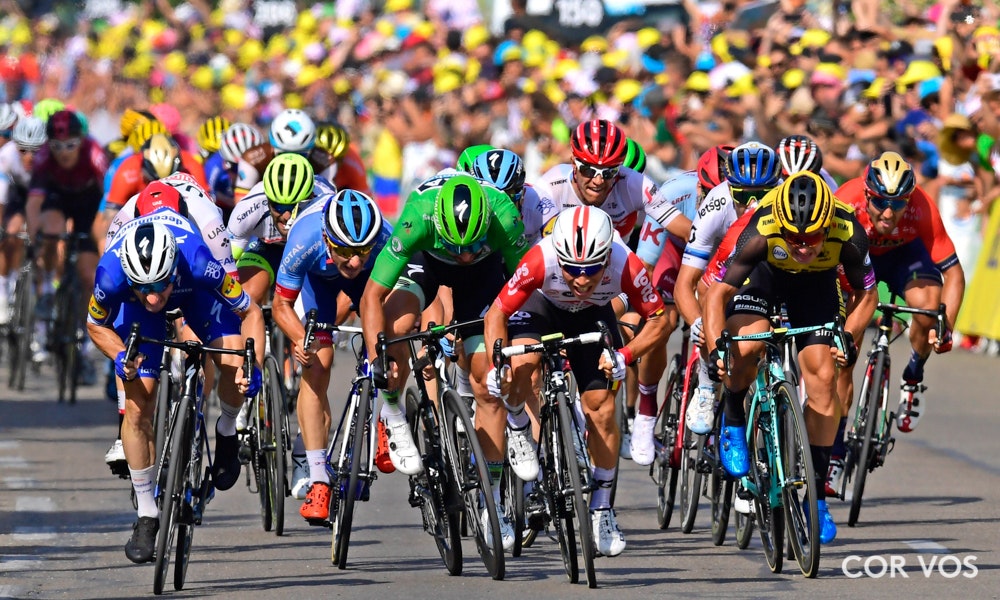 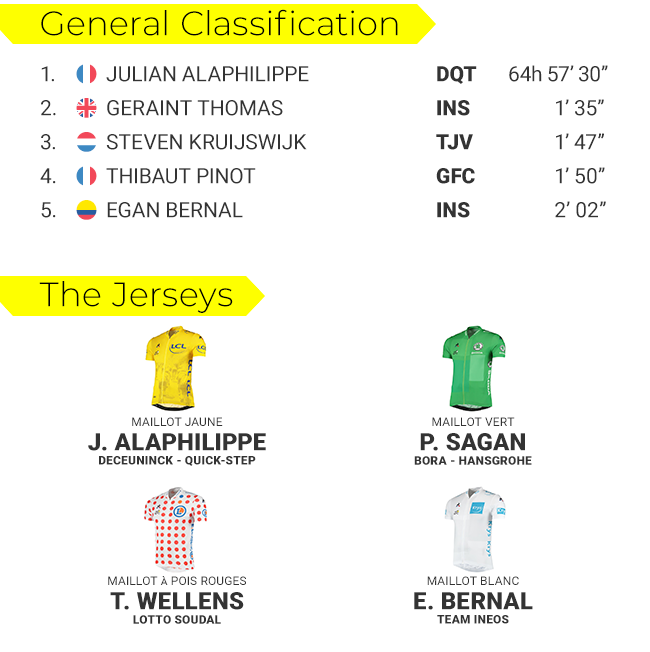