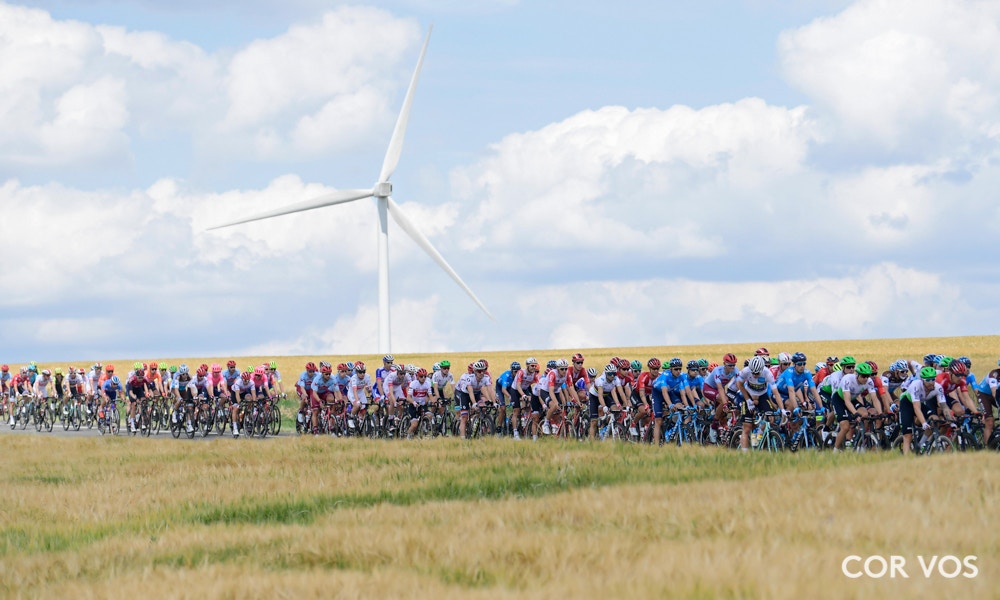 ÉPERNAY, France – National hero, Julian Alliphilippe (Deceunink-Quickstep) has moved into the yellow jersey after a stunning solo victory on stage three of the 2019 Tour de France after launching a gutsy long range attack with 15 kilometres to go. 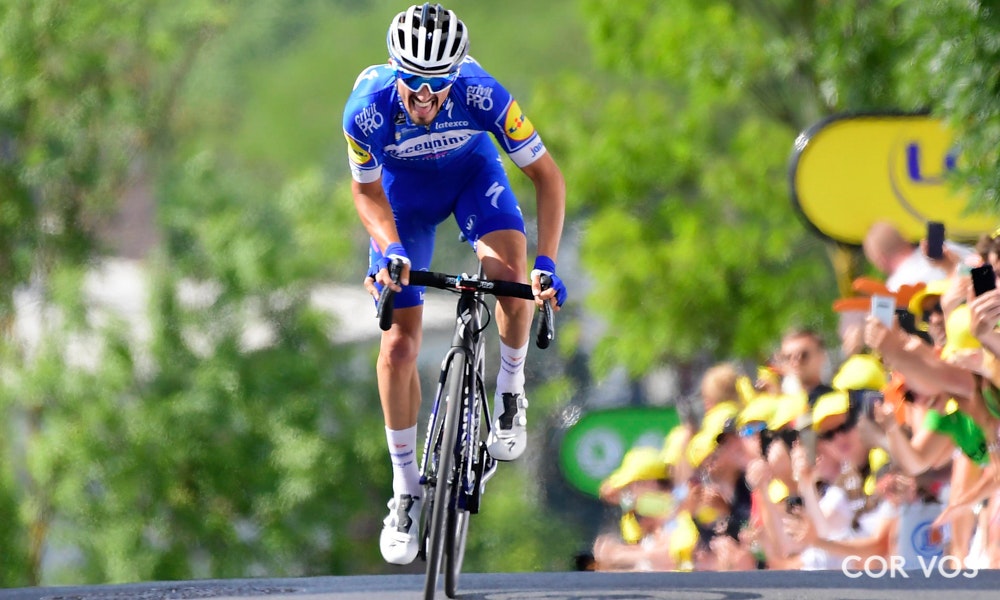 Alaphillippe took line honours 26 seconds ahead of the chasing peloton, enough to see him hold a 20-second advantage over Wout Van Aert (Jumbo-Visma). Fast finishing Australian, Michael Matthews (Sunweb) was the best of the rest, beating Jasper Stuyven (Trek-Segafredo) into third on the final 500m long 8% drag to the line. 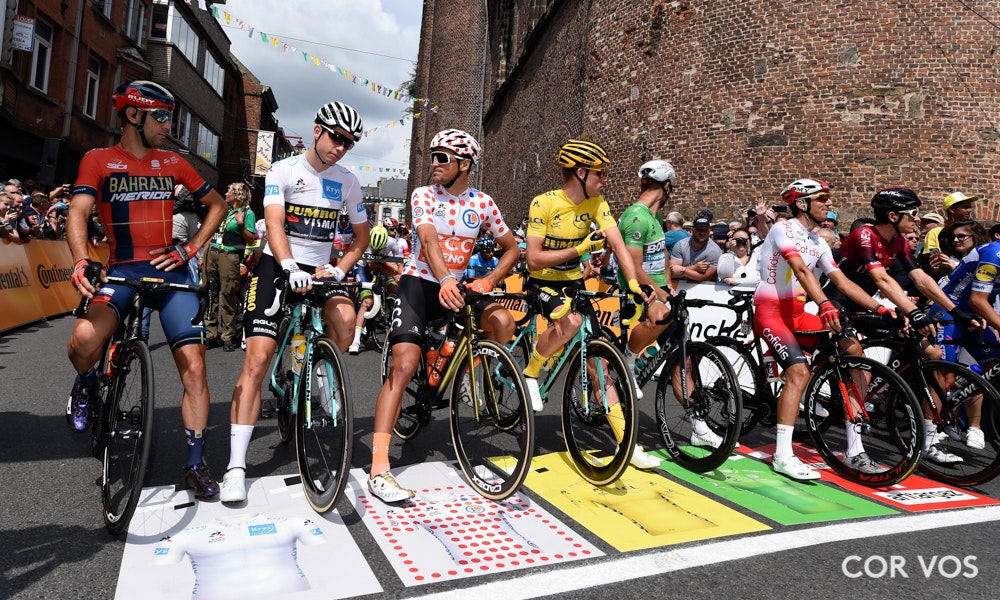 Stage three saw the peloton cover 215 kilometres from Binche, Belgium down to Épernay in the Champagne region of France, the first time the race has hit French soil in this year's race. A stiff tailwind aided the riders for much of the day, with the average speed for the stage a tick under 45kph.

A five-rider breakaway including; jumped early with the quintet holding an advantage of around five minutes for much of the day. With 50km to go, the lead had been whittled down to just two minutes. Belgian Tim Wellens (Lotto-Soudal) jumped clear of the break, attempting to take the race by the scruff of the neck as the race quickly closed in on the days four categorised climbs. The peloton soon mopped up the break, with Wellens rejoining the peloton just before the final categorised climb of the day. 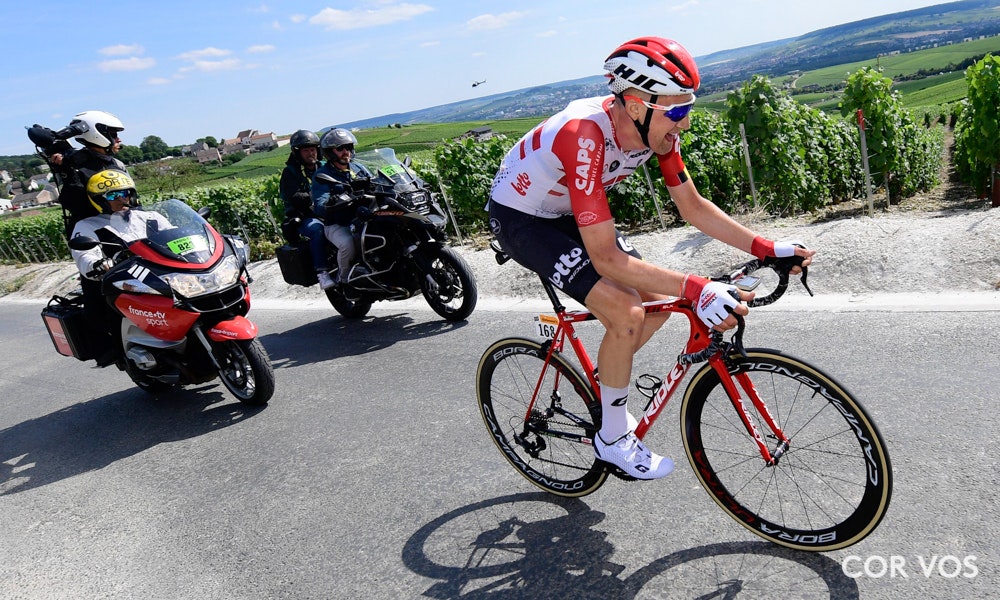 Just before Wellens was absorbed by the race, Alaphillippe capitalised, launching off the front on the punchy Côte de Mutigny as the teams were jostling for position at the front of the race. While Alaphillippe was surging off the front, maillot jaune wearer Mike Teunissen (Jumbo-Visma) fell victim to the sharp increase in pace, losing touch with the main peloton.

With the peloton in disarray, Alaphillippe quickly opened up a sizable gap of around thirty seconds, allowing him to scamper up the final uncategorised climb and the short, but steep run-in to the line solo, with time to spare. 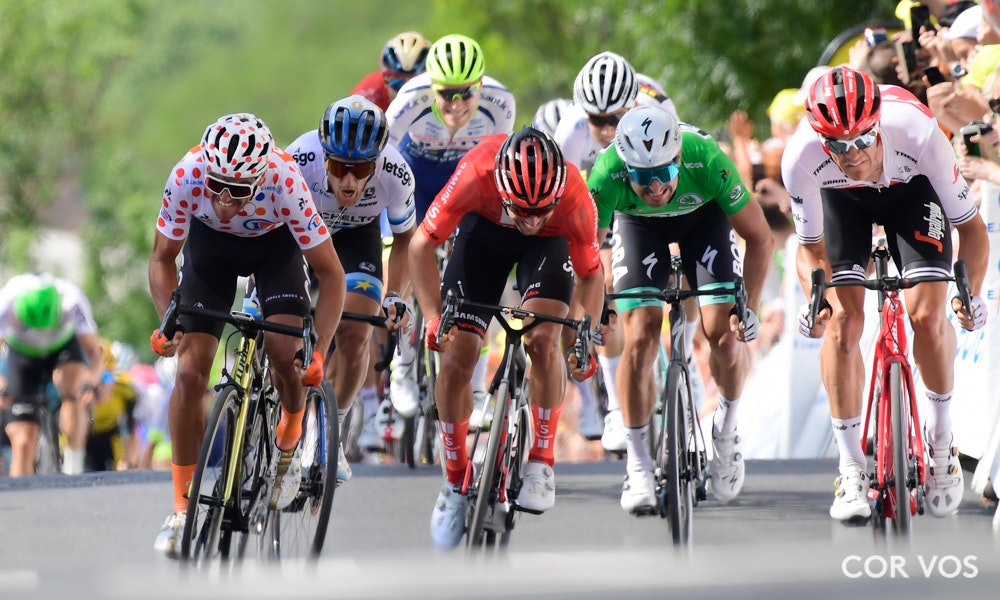 As Alaphillippe crossed the line, the peloton was launching its final attack. Matthews proved to be the fastest finisher of the chasing bunch, taking second on the stage, and closing down the gap to Peter Sagan (who finished 5th) in the race for the green jersey to 26 points.

Further back, a splintering peloton caught out a number of GC hopefuls on the punchy finish, with Egan Bernal (Team Ineos) and Thibaut Pinot (Groupama-FDJ) picking up five seconds over their GC rivals. 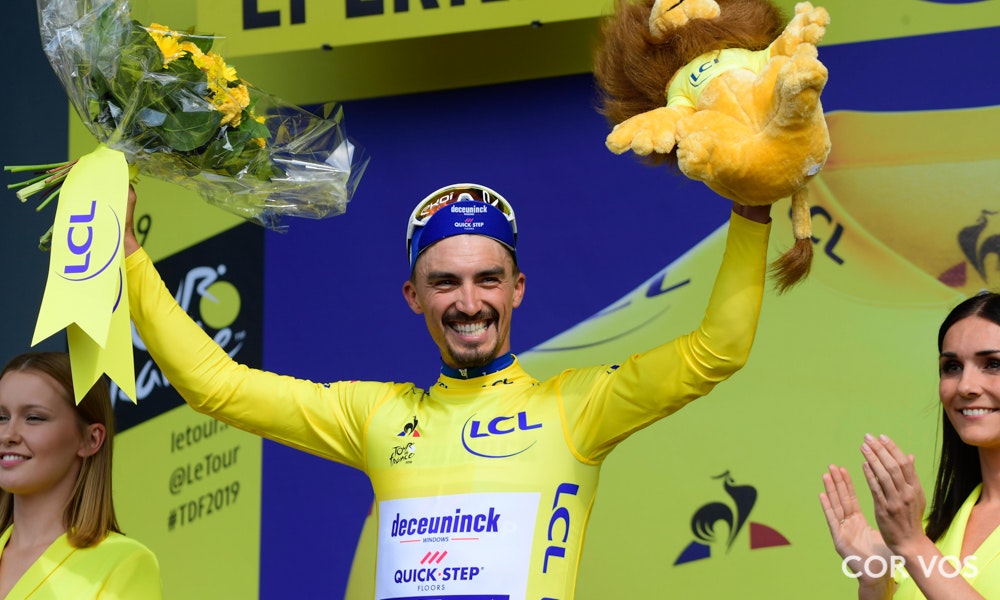 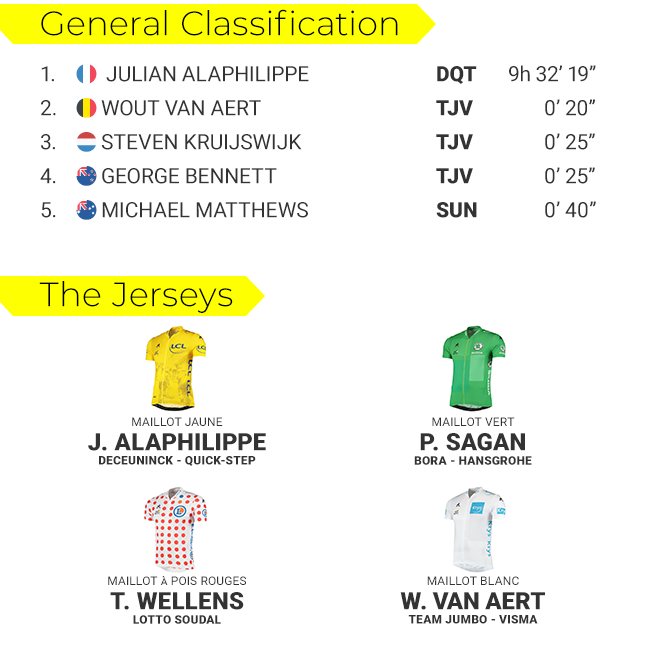