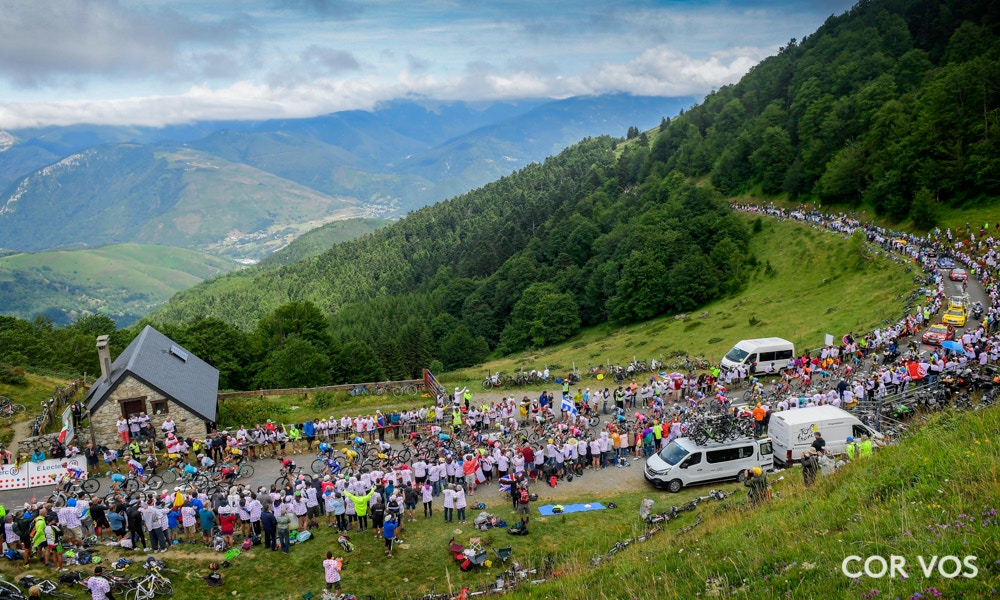 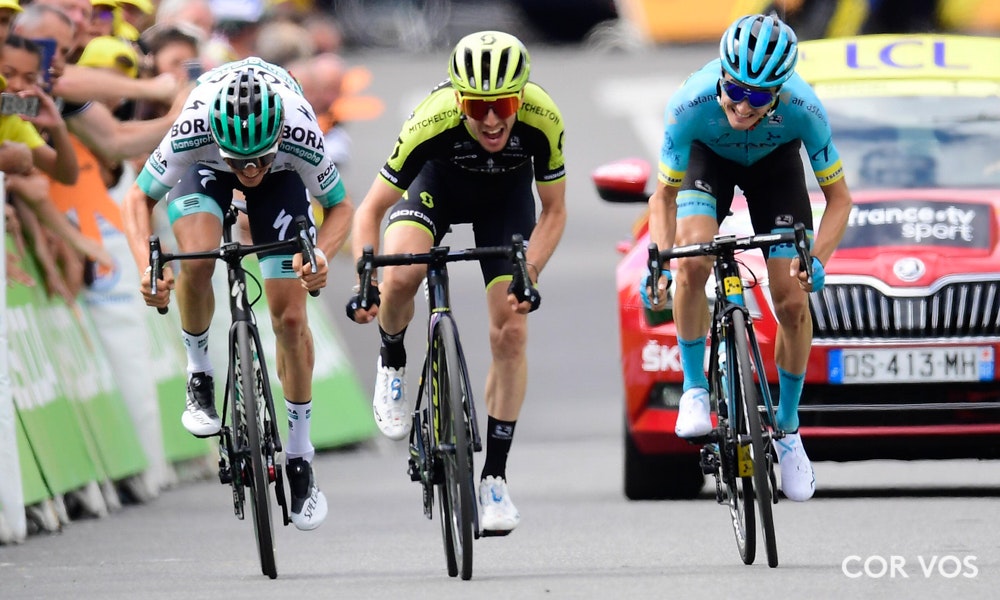 Yates and two of his breakaway companions, Gregor Mühlberger (Bora-Hansgrohe) and Pello Bilbao (Astana) proved too strong for the remainder of the break, riding away from their reduced bunch on the Hourquette d’Ancizan to set-up a three-way sprint for victory. Yates, using his track cycling nouse held back until 170m to go, surging to the front and holding on to finish ahead of Bilbao, with Mühlberger rounding out the podium in third. 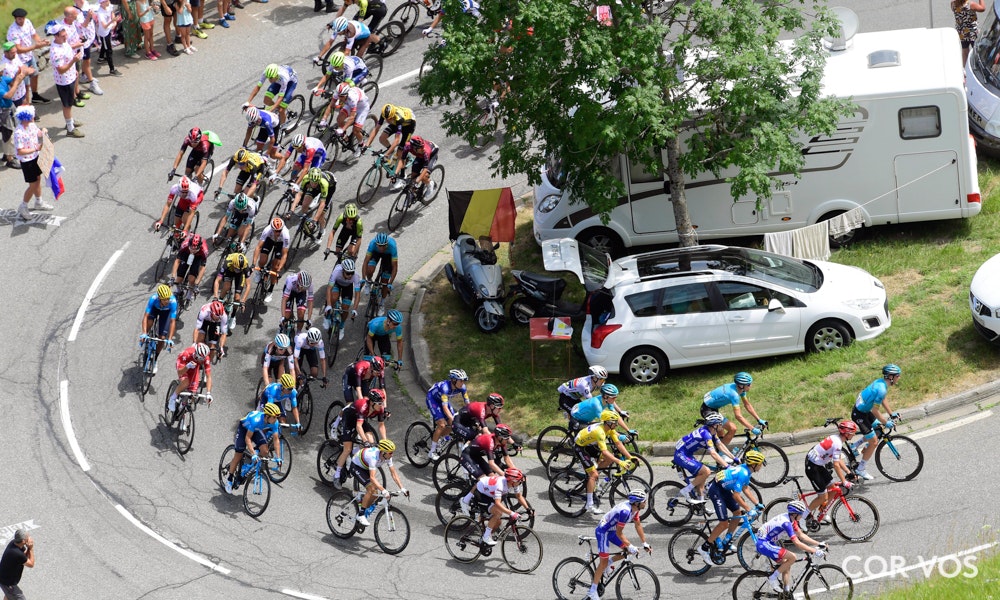 The 209.5km stage from Toulouse to Bagnères-de-Bigorre provided the peloton with its first experience in the mountains and was tipped by many as a day for the breakaway; however, it was the bizarre abandonment of current world time trial champion Rohan Dennis (Bahrain-Merida) that has everyone talking. Dennis, who was the hot favourite to take out tomorrow's ITT in Pau, approached the feed zone with 80km to go, hopped off his bike, an headed to the team bus much to the bewilderment of both his team and the press.

Stage 12 housed the first proper test of the climbing legs, with both the category 1 Peyresourde and equally difficult Hourquette d’Ancizan appearing back-to-back to finish off the stage. 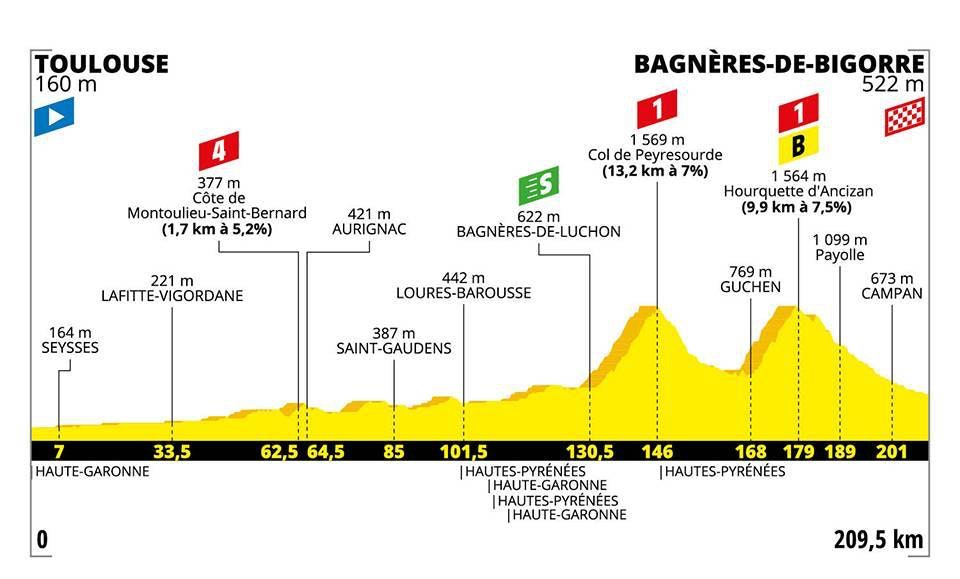 A breakaway formed early, mainly off the back of an attack by Peter Sagan (Bora-Hansgrohe), dragging with him a large number of riders, with the enormous breakaway eventually holding a gap of around 2-minutes back to the remainder of the peloton.

Approaching the intermediate sprint point 130.5km into the stage, Sagan easily rolled over the top of Sonny Colbrelli (Bahrain-Merida) to take maximum points, from here, the break rolled immediately onto the slopes of the iconic Peyresourde where it was job done for the sprinters, and the climbers and puncheurs got to work. 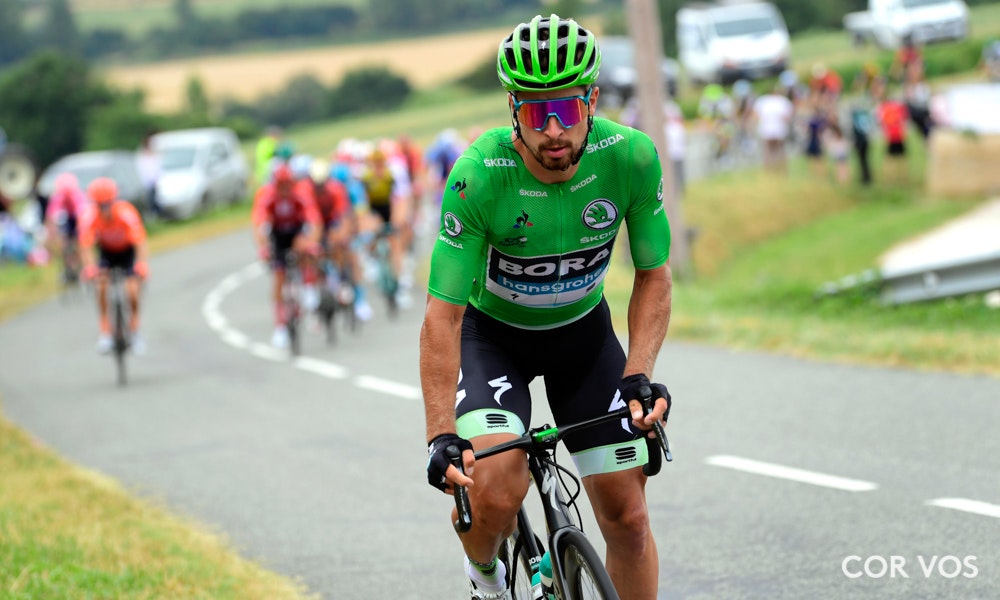 French breakaway specialist Lilian Calmejane (Total Direct Energie) was the first to burst out of the break, attacking halfway up the Peyresourde. He was hunted down by the whittled down breakaway before the summit, with King of the Mountains jersey holder Tim Wellens (Lotto-Soudal) taking maximum points at the top of the climb. Immediately after cresting the climb, Australian Simon Clarke (EF Education First) attacked the descent, opening up a gap of over a minute as he raced down the other side of the mountain.

Matteo Trentin (Mitchelton-Scott) then launched out of the break at the foot of the final climb of the day, the Hourquette d’Ancizan. He quickly rounded up Clarke, with Nicolas Roche (Sunweb), Mathias Frank and Tony Gallopin (Ag2r La Mondiale), Pello Bilbao (Astana), Gregor Mühlberger (Bora-Hansgrohe) and Simon Yates (Mitchelton-Scott) all in tow behind the European champion. 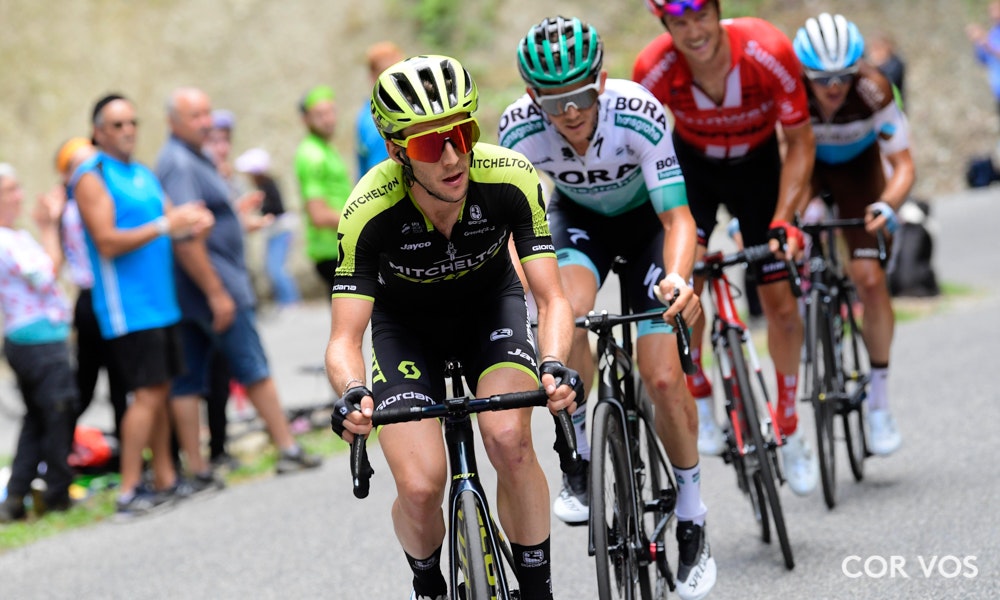 Towards the summit, the trio of Yates, Mühlberger, and Bilbao dropped the remnants of the break, attacking in the final kilometres of the climb with Yates taking the KOM points at the summit. The trio pressed on during the 30km downhill run to the line, opening up a one-minute gap back to the initial attackers of Trentin, Roche et, al. 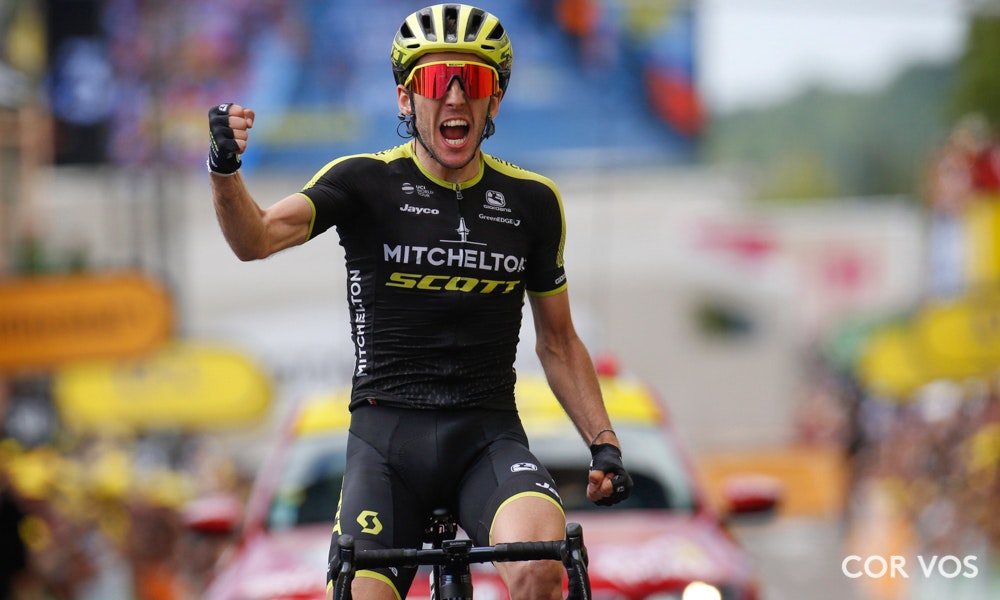 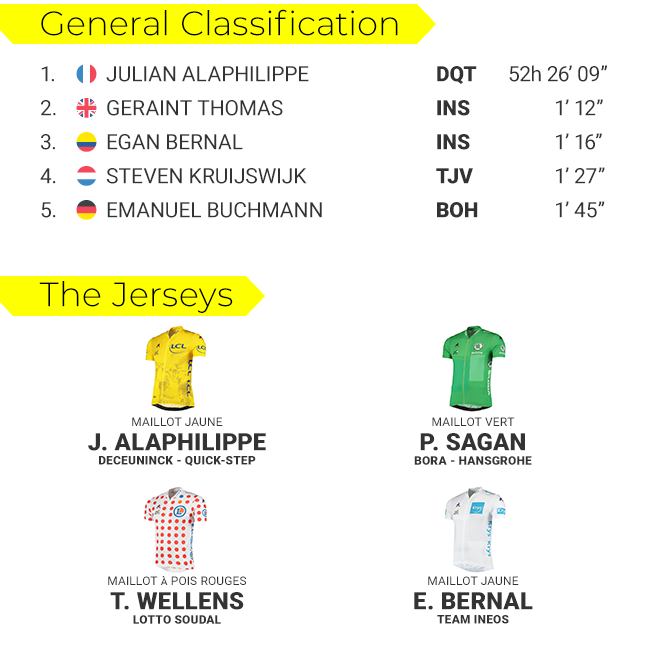