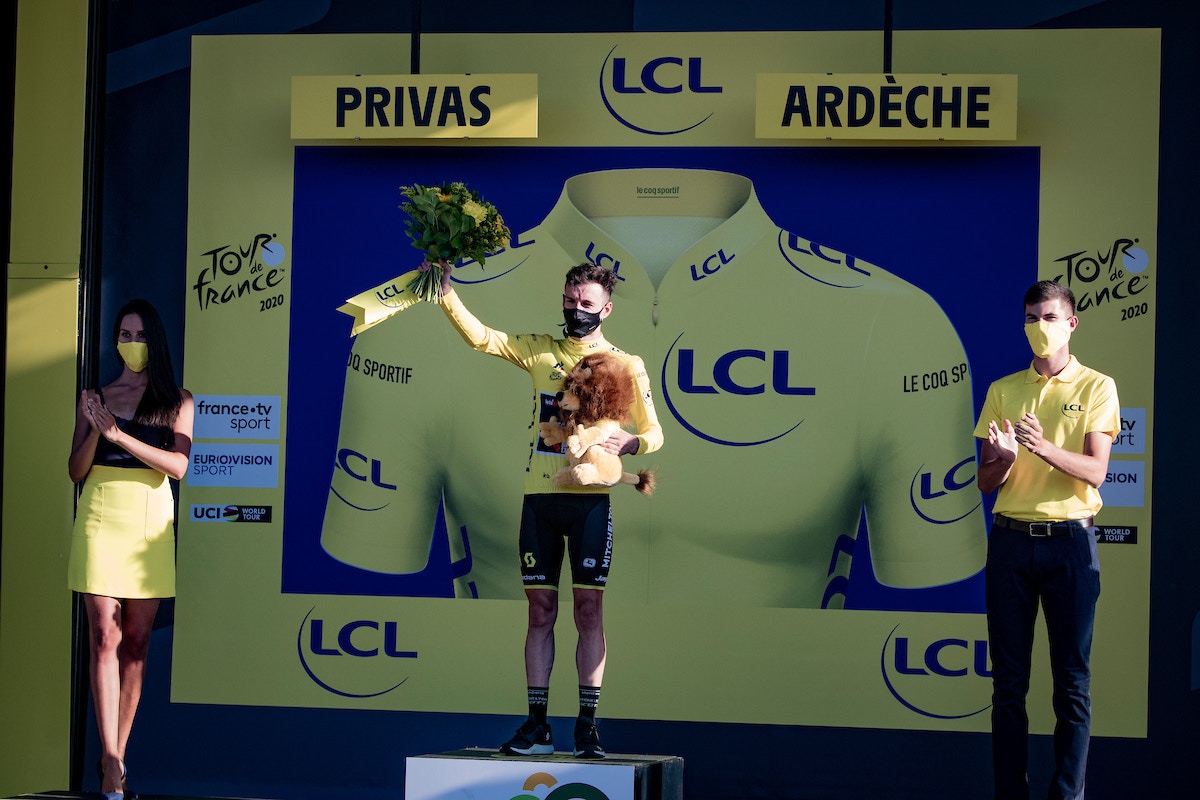 British climber Adam Yates has moved into the race lead as a bizarre day at the Tour de France ended in a predicted bunch sprint.

Yates sat second overall heading into stage five but has been catapulted into the yellow jersey following a time penalty given to former race leader Julian Alaphilippe (Deceuninck - Quick Step).

An uneventful stage five looked to have passed without drama until news filtered through of Julian Alaphilippe’s sanction for an unauthorised feed inside the final 20km. The penalty for the Frenchman puts Yates top of the general classification by three seconds heading into stage six.

Yates becomes the third rider in GreenEDGE Cycling's history to pull on the maillot jaune after Daryl Impey and Simon Gerrans, who both wore the jersey for two days each in 2013.

“It was a really calm day, I mean there was no breakaway and we just cruised for the first 100km or so and then it got pretty nervous there in the final, there was a little bit of wind towards the end, a little bit of crosswinds.

“It’s not the way I imagined taking the jersey, I’m not even sure what’s happened to Julian, I heard he got a time penalty for taking a feed late or something.

“I don’t think any rider would want to take yellow under these circumstances, I’d prefer to take it with my legs rather than the result of a time penalty. I didn’t even find out until I was in the bus and showered. I feel bad for him.”

“Tomorrow I was looking to try and take the jersey anyway, so I guess we’ll just try and go in with the same tactic, try and win the stage and see what happens.” 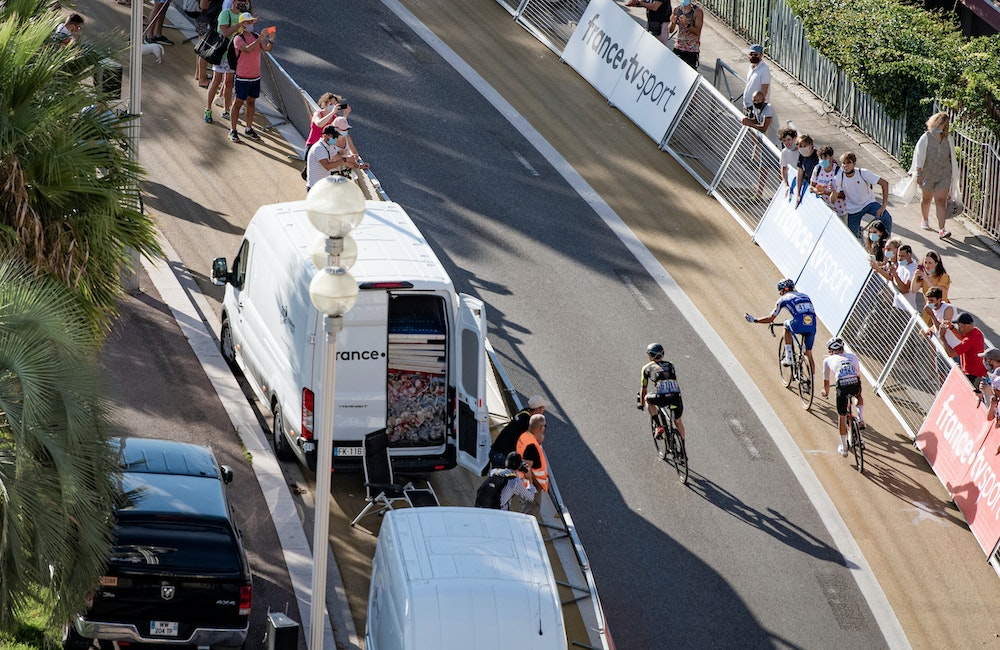 "I cannot remember a stage with no breakaway at all. We said from the start that this is not a normal Tour de France, it’s been a very, very aggressive first week, but normally the local teams and invited teams are always interested in putting someone up the road. There was none of that today and it was a pretty calm stage until the last hour of racing when nerves, wind and going into certain towns amped up the anxiety and the pace was very fast coming into the finish.

"The boys did a good job of putting Luka into position, he had to make a couple of efforts in the lead up to that final kilometre and a half, which he paid for a little bit and the bigger sprinters just got the best of him. The boys gave him every opportunity and it was a good effort.

"We were probably about five minutes from the bus leaving, all the boys had showered and changed. Then my phone rang from the organisers of the Tour de France and told me that Adam Yates was in the yellow jersey, and I asked why. They didn’t go into too many details, they said Alaphilippe received a 20 second time penalty.

"Nobody likes to take the jersey that way, but at the end of the day we had a tactic coming here to go after the yellow jersey, and if weren’t in second place someone else would have got it. So, the moves that Adam made in the first days, the way the guys have been riding to protect Adam in this first week have enabled us to benefit from the bad luck of someone breaking the rules."