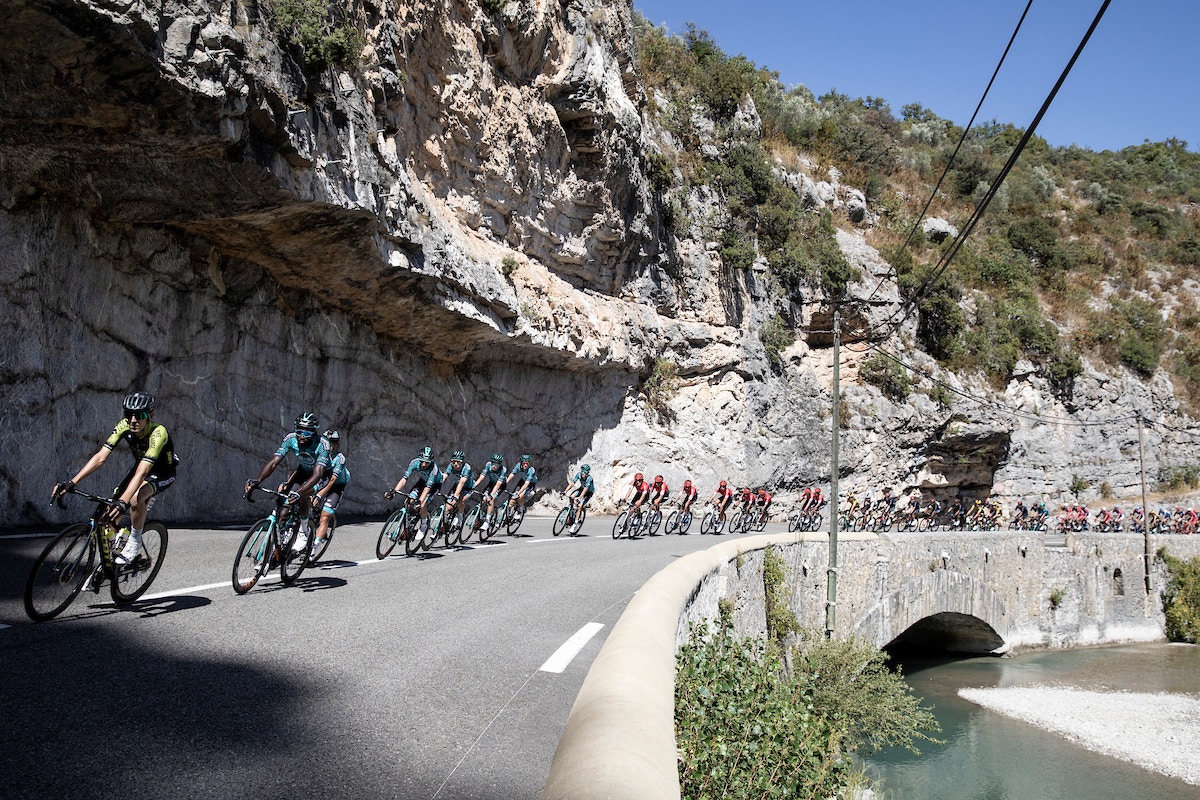 “It was a heavy finish, maybe it was an easy stage, not a high pace or no breakaway. The last hour was very hectic, with a lot of wind. I knew this stage suited me, I am so happy that I got an opportunity from the team to go for it. It feels good to finish it off. The shape is good, and you recover better as well. The team is going strong. I have my stage-win now, from now on, I will support the team even more,” van Aert said. 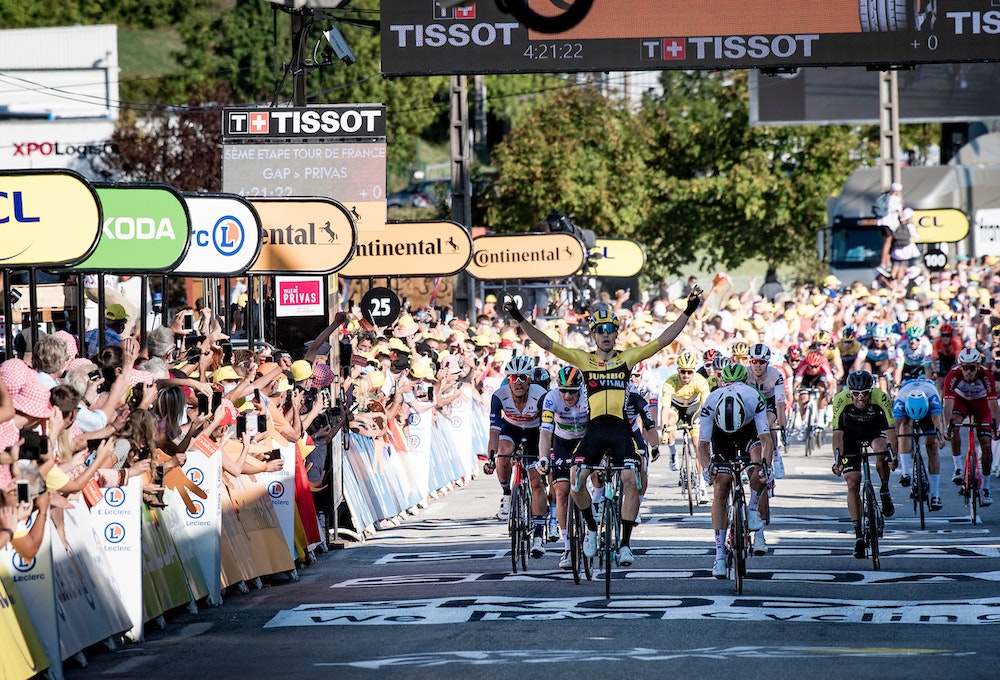 Following the conclusion of the stage, the race commissars announced that Julian Alaphilippe (Deceuninck-Quick-Step) was penalized 20 seconds because he took a feed inside of the final 20km of the race. By the Tour rules for the stage, this feed was outside one of the allowed zones.

This drops Alaphilippe out of the top 10 in the general classification, elevating Adam Yates (Mitchelton-Scott) into the overall lead.

“Nobody wants to take the [yellow] jersey like this,” Yates said when he found out. “I was on the bus and were about to leave for the hotel when I got a call. 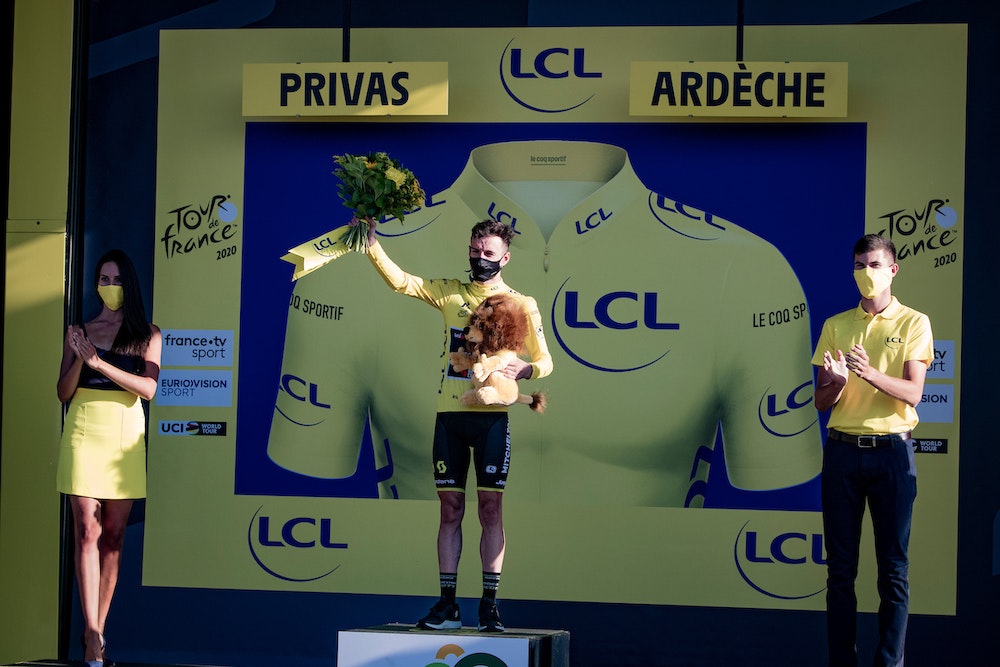 Except for the intermediate sprint, and the mad dash for the line, stage 5 was a relatively pedestrian paced day.

The sole intermediate sprint of the day was won by Sam Bennett (Deceuninck-Quick-Step), who now leads the points competition ahead of Peter Sagan by seven points.

The only KOM points for the day — two small climbs — were taken by Benoit Cosnefroy (AG2R-La Mondiale) without challenge, who currently leads the king of the mountains competition. 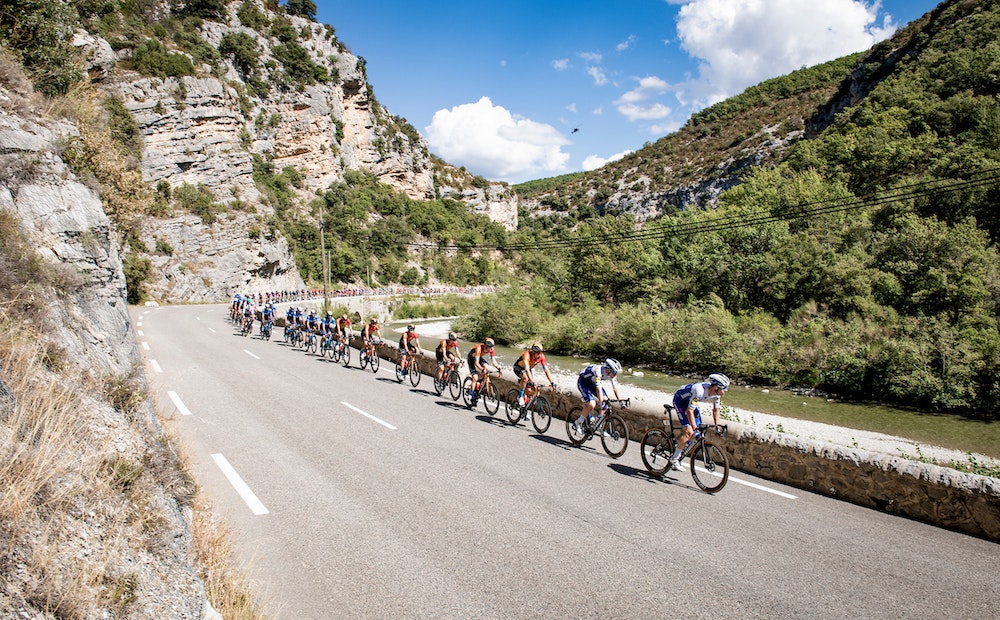 Going through a small town with about 25km to go, Sepp Kuss (Jumbo-Visma) encountered traffic calming features (“road furniture”) and went down. The young Ameican was right up and scrambling to the back of the peloton, but not without a few scrapes.

Kuss was instrumental in setting up Primož Roglič (Jumbo-Visma) for the stage 4 win.

In the final 10km, crosswinds buffeted the peloton, as Team Ineos Grenadiers and Jumbo-Visma went to the front to keep Egan Bernal and Roglič safe.

“It was a complicated finale,” said van Aert, “but maybe it is the easiest stage since I have been pro, there has been no breakaway. I knew that this stage could be suitable for me. I’m glad I got this opportunity. Now I have my stage victory.”