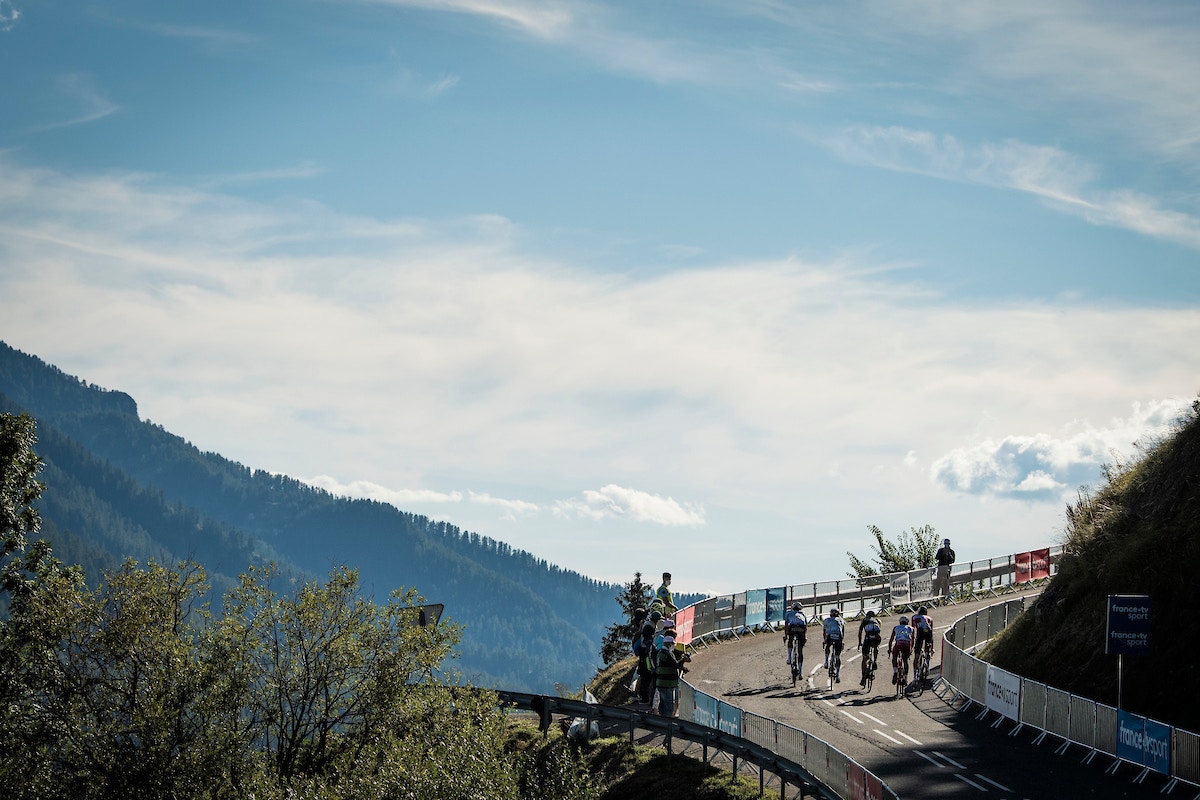 At the top of the climb to Orcières-Merlette, it was Primož Roglič (Jumbo-Visma) who took the first mountaintop finish of the 2020 Tour de France.

"It was a fast day, it was quite hard. The guys did a really good job to put me in position for the sprint, and in the end, I could do my sprint, I am very happy. I have to accept that, I don’t really care [about the yellow jersey]. We stay safe, we get the win so it’s even better. Today I felt a little better," said the stage 4 winner. 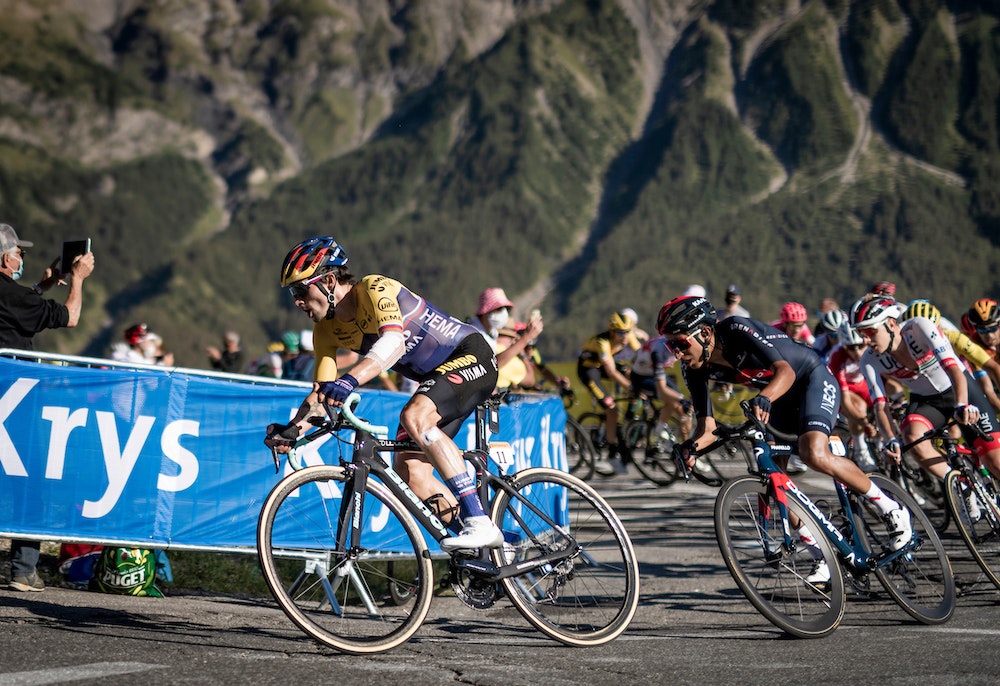 Commenting on the work that van Aert did, Roglič said of the world cyclocross champion, “It’s a pleasure to have him with us, it’s also up to me to finish it up.”

The yellow jersey worn by Frenchman Julian Alaphilippe (Deceuninck-Quick-Step) came through the line in fifth place, in a sprint to retain precious seconds.

“I was close to winning today, but I didn’t have the legs to do the sprint. The team did a great job today to make the high pace and control the breakaway, and the team got me up the climb. I just didn’t have enough to finish it off, but we met the main goal to defend yellow,” the Frenchman said. “Jumbo-Visma is the strongest team right now, they were already flying at the DL, and we saw it again today it’s obvious their objective is to win to the Tour, and they are taking the responsibility from the first day.”

While Tadej Pogačar (UAE Team Emirates) and Guillaume Martin (Cofidis) attacked just inside of 500m to go, it was Roglič who really kicked the dash for the line, sprinting away from the bunch.

Trek-Segafredo's Bauke Mollema said, “The last three to four kilometers was a super-hard pace, the start was quite easy. [In] the last kilometer, you really had to sprint to stay in the group and not lose any loose seconds. I just made it, but I didn’t have the legs to make a sprint. It was a bit of a strange climb, not super long, it was very explosive today.” 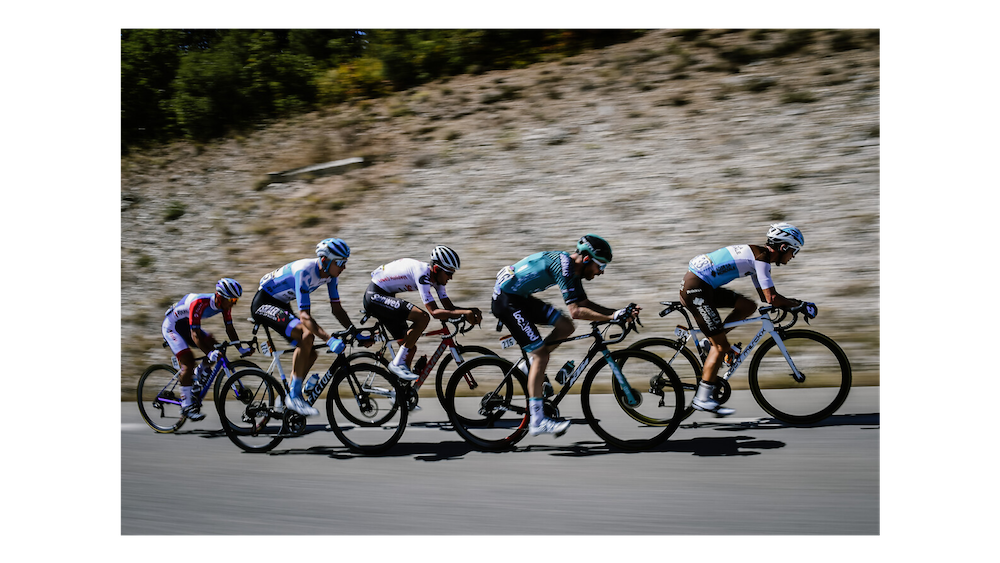 A six-man break formed from the start of the stage, with two Israel Start-Up Nation riders — Neils Politt and Krists Neilands — motivating the pace. However, this group was never allowed more than three minutes advantage over the yellow jersey.

Quintin Pacher (B&B Hotels) gobbled up KOM points along the way, coming first at the climbing markers at 93km to go, 60km to go, and 35km to go.

Frustrated with the pace of the break, Politt several times attacked the break, but was brought back each time. It was Politt's teammate Krists Neilands who eventually broke free from the front, while the remains of the break was soon absorbed by the yellow jersey's group before the base of the final climb.

However, even Neilands' attack was fated by the final climb as the peloton had narrowed the gap to just 35 seconds at the start of the final 10-kilometer climb.

Ineos-Grenadiers, Arkéa-Samsic, and Deceuninck-Quick-Step came to the front with seven kilometers to go, but it was Wout van Aert and the Jumbo-Visma squad who set a blistering pace.

Tom Dumoulin could not sustain the pace set by Jumbo-Visma. “I was no good [today]. I expected more from this. It was hanging, strangling, and fighting. That I stuck to [the group] is something. But I am not here for this level. Will it come? I do not know,” the Giro d'Italia winner said.

When van Aert's turn at the front was over with 4km to go, it was American Sepp Kuss who was sprinting uphill with Roglič on his wheel, and Egan Bernal looking in distress, trying to hold with the pace.

The best under-25 rider Tadej Pogačar (UAE Team Emirates) tried to escape, but was very quickly absorbed by Ineos-Grenadiers and Jumbo-Visma.

Commenting after the stage, Pogačar said, “Today's stage was not so hard but the final part was full-gas. Primož was a bit faster than me in the final but I'm happy with my result. The team is good — [David] de la Cruz is still recovering from his crash but he's getting better. The motivation is really high in the group.” 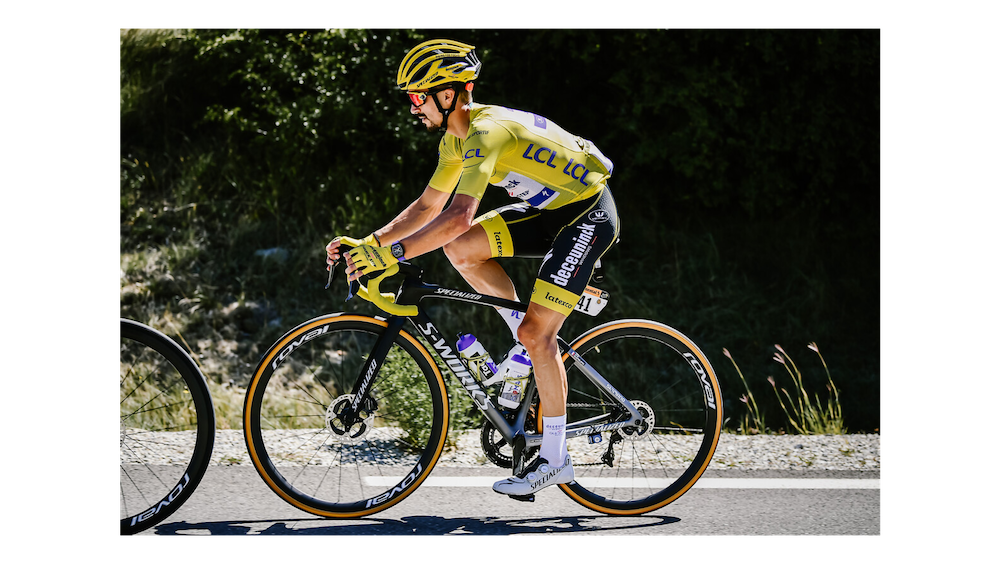 Inside of 1km, Team Ineos Grenadiers lead by Michał Kwiatkowski tried to drag Egan Bernal into position for the win, but the relentless pace set by Kuss was too much for the Colombian, who just managed to pin himself to the wheel of the yellow jersey.

Alaphilippe rode to defend the overall lead, and was in the mix at the front, with the pure climbers and GC hopefuls.

“The rhythm was very high on the final climb and I just tried to maintain position for the sprint. It would have been special to win the second stage, my goal is not to win the Tour, but to stay in yellow as long as possible. Today I saw it was difficult to follow the wheel of [Jumbo-Visma], but my plan doesn't change. I am going to defend the jersey as long as possible. I could not prepare the same as last year. I'm in the yellow jersey and I have the legs to follow today,” Alaphilippe said.