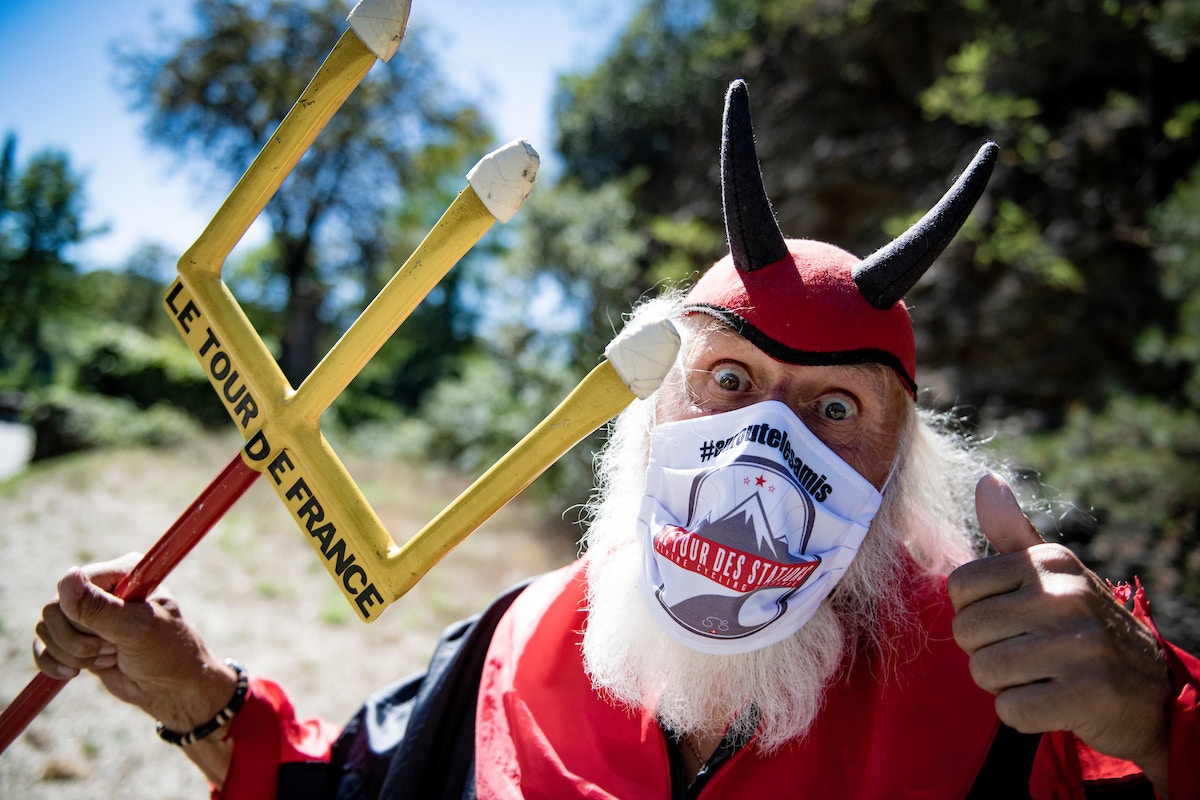 Attacking from the remains of a 7-man break, the 27-year-old distanced himself on the steep slopes of the category 1 Col de la Lusette. Maintaining his advantage on the final climb up Mont Aigoual, the former under-23 world champion took his first Tour stage victory.

“We rode a steady tempo and worked together in the break. We thought today a break could make it. It was very steep for about two kilometers and I went as hard as I could. I opened up a nice gap and worked to keep it like that to the line. I’m very happy to win this stage,” Lutsenkto said.

This is the first Tour stage win for Astana since 2018. 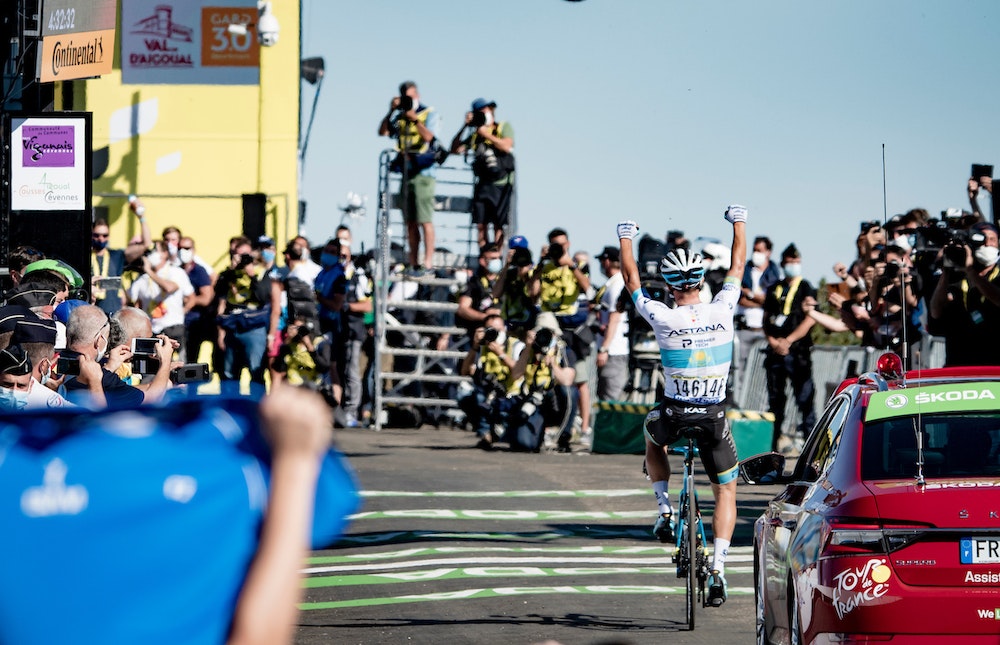 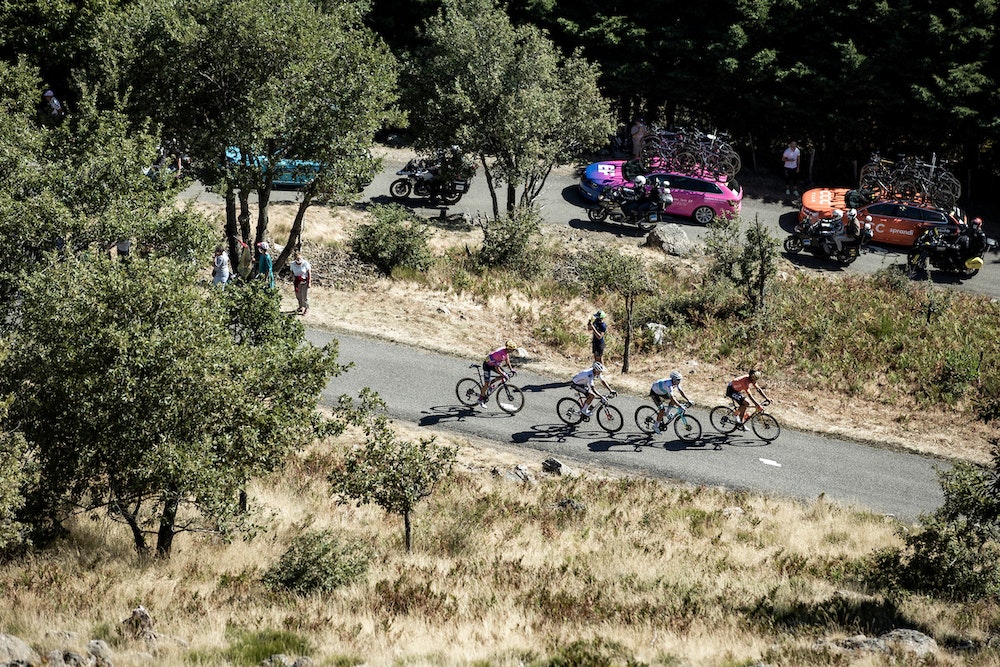 “I had a plan to lose some time. I was doing some work for the team in the first days. When I knew that the break could make it to the finish line, I raced hard to get into the break. It worked perfectly, and it was a stage we wanted, and I am very happy. If we are talking about this season after quarantine, the first races were aggressive and explosive. Every race was very difficult, and I felt it during the Dauphiné. The riders here can feel it because we have not raced for these many months. It’s not been an easy first week of the Tour, and we are here at the sixth stage, and we are already with a second summit finish. I think this will be a very hard Tour de France all the way into the last week,” said Lutsenko

The sprinters then retired to the back of the peloton, content to just make the time cut.

Up at the front, Oss and Boasson Hagen then also dropped back to the safety of the peloton, while Powless, who is celebrating his 24th birthday, attacked, taking Lutsenkto with him.

The young Californian — a Native American who is Oneida — said after the stage, “I mean in the team meeting we have a bit of freedom to look around at some breakaways, I’m sort of in that pool. So maybe we can get ahead of the race today. But if not then it’s going to be just giving the best support I can to our three Colombians. [And,] depending on the race strategy of the team. Most of the time it is always tailored towards giving the best support possible to Rigo, Dani, and Sergio [Higuita].”

Roche and van Avermaet did not have the legs to go with the EF Pro Cycling and Astana riders, while Herrada yoyoed between the two men on the front, and the remains of the break, ahead of the yellow jersey bunch.

When Powless appeared to falter at 16km to go, Lutsenko attacked and “snapped the elastic” on Powless, dropping the American on the penultimate climb.

Chasing some two and a half minutes back, Jumbo-Visma and Mitchelton-Scott kept control of the front until the penultimate climb, where Team Ineos Grenadiers — who had previously shown little interest in leading — finally took some pulls on the front.

In the final few hundred meters of the climb celebrated in Tim Krabbé’s book The Rider, Nairo Quintana (Arkéa-Samsic) made a strong push.

Julian Alaphilippe (Deceuninck-Quick-Step) responded to the Colombian and attacked to bring back one second from the 20 seconds he lost due to a penalty in stage 5. 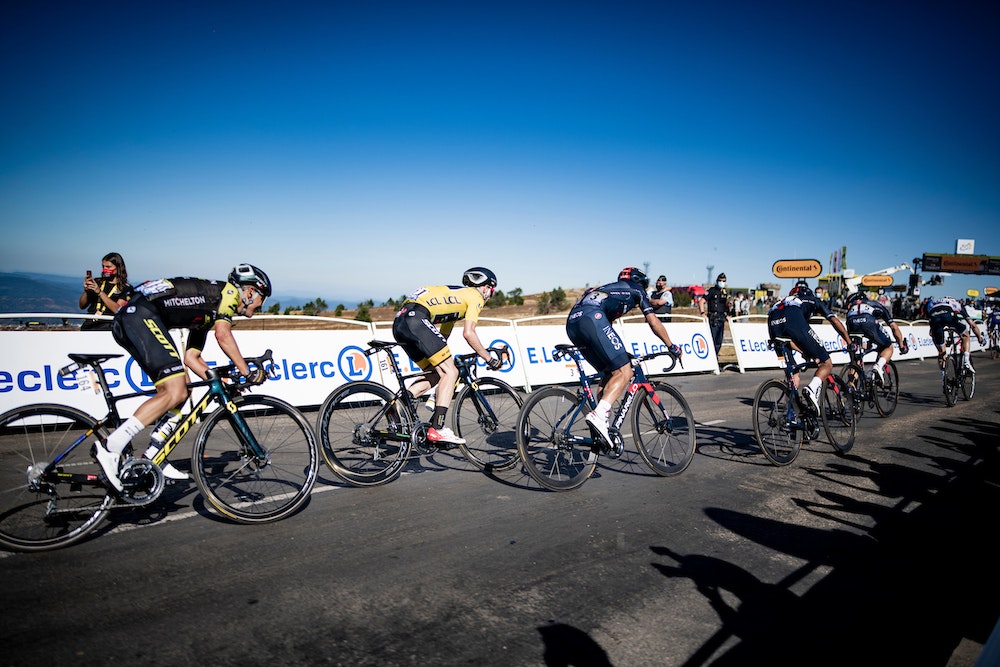 Adam Yates (Mitchelton-Scott) in the yellow jersey showed calm and came through the line in a good position, defending his overall lead.

“It was nice. I think we controlled quite well. It was a strong breakaway and there were a lot of guys who wanted to get into it today, and yeah, it was all flat to the climbs so it was hard to control and I think we did quite well. In the end, I still had Mikel [Landa] and Esteban [Chaves] in the final, so all in all a good day,” the British rider said.

Lutsenko said that targeting a stage win was the big goal of his 2020 Tour de France, in addition to working for team leader Miguel Ángel López. When Lutsenko saw the opportunity for a breakaway on stage 6, he jumped at the opportunity.

Reflecting on his stage win, Alexey Lutsenko told reporters, “Today, before the stage we discussed our tactics for this day, and with sports directors and our general manager Alexandr Vinokurov we decided that I would try to go in a break since it could have a chance to go until the finish. I felt quite good all day and my legs worked pretty well. It took some time for our group to break away from the peloton, but finally, we succeed. It was a long and hot day, but I was guided really nice through the stage by Alexandr Vinokurov, who was in the car behind me. On the last climb I tried to stay calm and to keep on my own rhythm. And on the hardest part I made my attack. I am so happy with this win, it is a big achievement for me and for our team!”