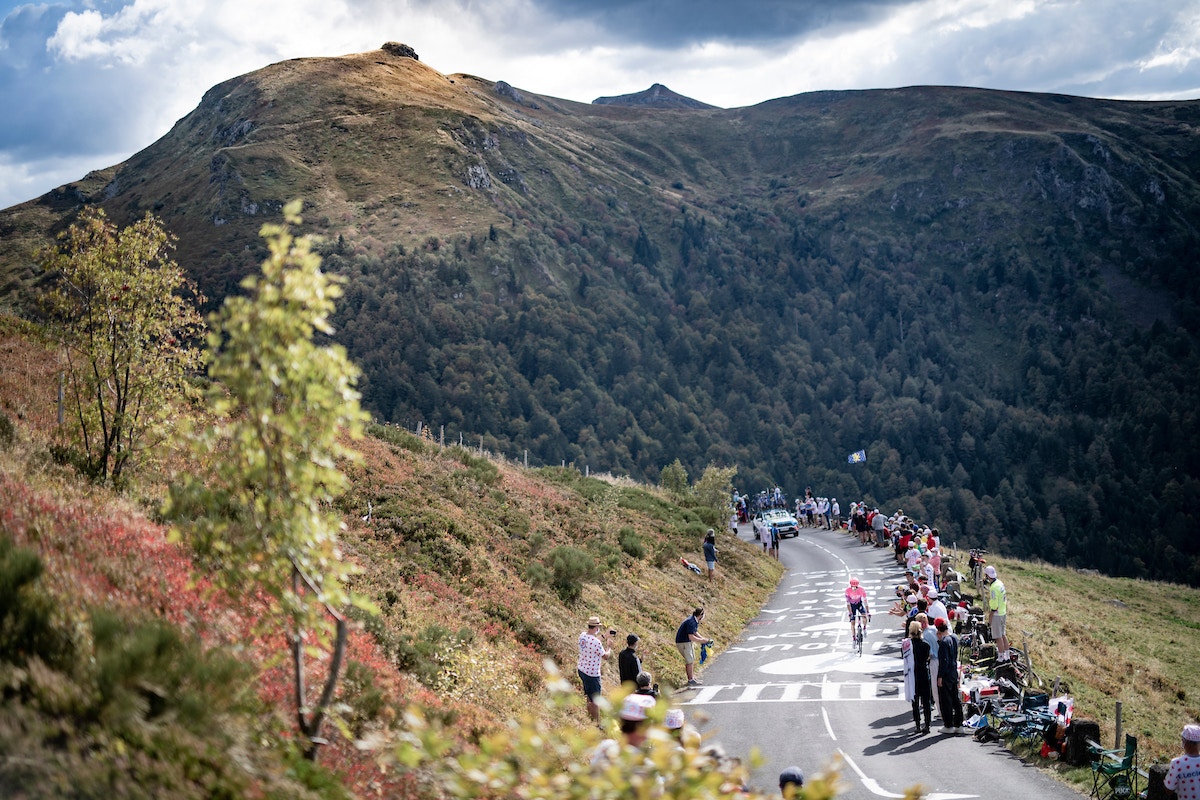 Martínez and Kämna distanced themselves from Schachmann with 1,600m to go.

The Colombian came around into the lead in the final 50m to take a seemingly slow-motion, steep, uphill sprint.

Commenting on his win, Martínez said, “I’m really really happy. It’s really special to win at the Tour de France. After the Dauphiné, it’s really nice and I dedicate it to one of my friends, it was his birthday a few days ago. Mentally I was good despite the feeling in my legs. I’ve had bad feelings in my legs over the past few days.” 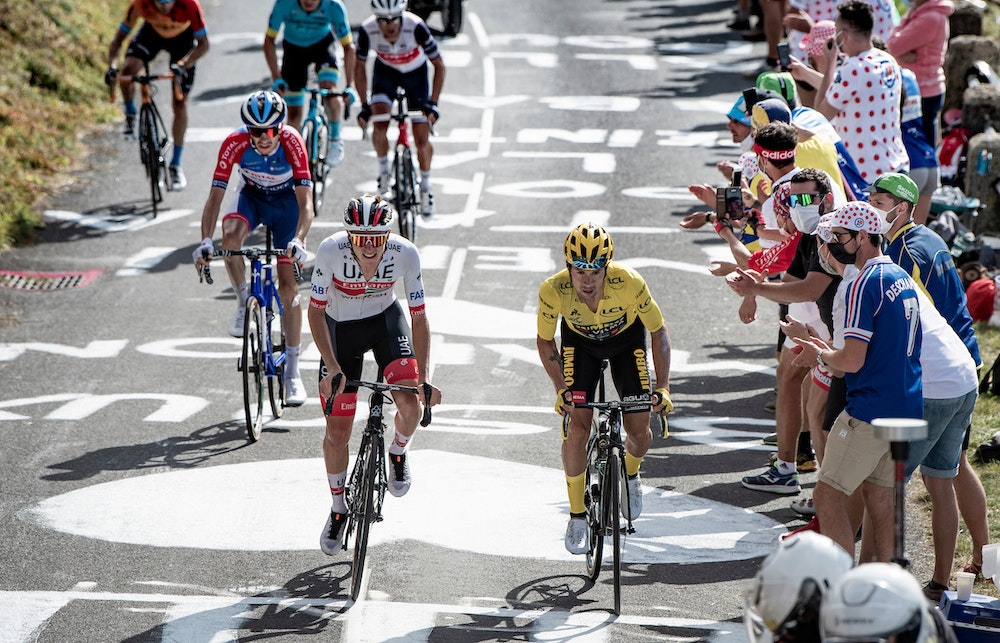 Pogačar moved into second overall with this attack and assumes the white jersey of best young rider from Egan Bernal who drops into third place on the GC.

“We will do better on the really tough stages,” Ineos Grenadiers’ director Benjamin Rasch said.

The yellow jersey stays on the elder Slovenian’s back, as Roglič extends his lead to 44 seconds over Pogačar.

“On the last climb, I told myself I was going to give everything. We managed to gain a few seconds on the others riding with Roglič. Today I saw that Roglič was very strong. I had to push very hard to follow him. I don’t know what’s going to happen in the Alps, but I am going to continue to attack. Full-gas,” Pogačar said. 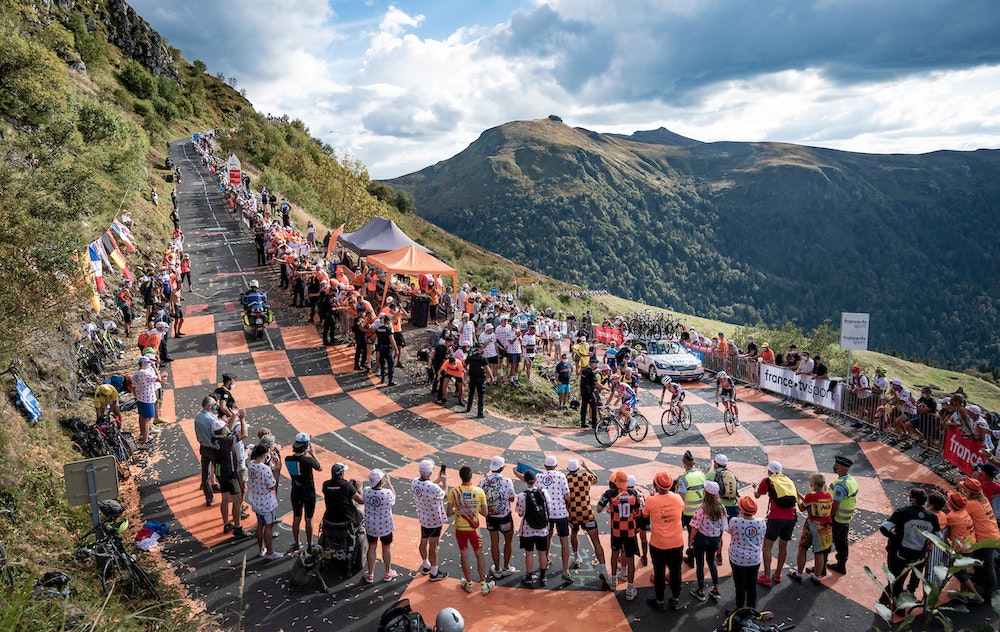 This group managed to stay away from the yellow jersey group until the second-to-last climb of the stage.

Tragedy struck at 90km to go with a crash involving Bauke Mollema (Trek-Segafredo), Nairo Quintana (Arkéa-Samsic), and Romain Bardet (AG2R-La Mondiale) touched wheels, and the result was Mollema abandoning the Tour with a broken wrist.

Ineos Grenadiers took over leadership duties from Jumbo Visma, hoping to put Bernal in a position to advance his standing in the GC.

As the road pitched steeply upward the large group off the front strung out and were absorbed one-by-one by the yellow jersey group, now just eight minutes back.

Neilson Powless (EF Pro Cycling) attacked at 38km to go very quickly getting nearly a minute gap, however, he was not able to hold this lead, as Schachmann quickly bridged up to him.

In the main group, Rigoberto Urán (EF Pro Cycling) applied pressure to Bernal, and the team tactics of EF Pro Cycling became evident as Martínez went up the road taking Kämna with him.

Coming around what looked to be a fading Schachmann, Martínez and Kämna pressed the pace into the final 4km. There were now two Bora-Hansgrohe teammates and a single EF Pro Cycling rider leading the race on the steep slopes of the Puy Mary. 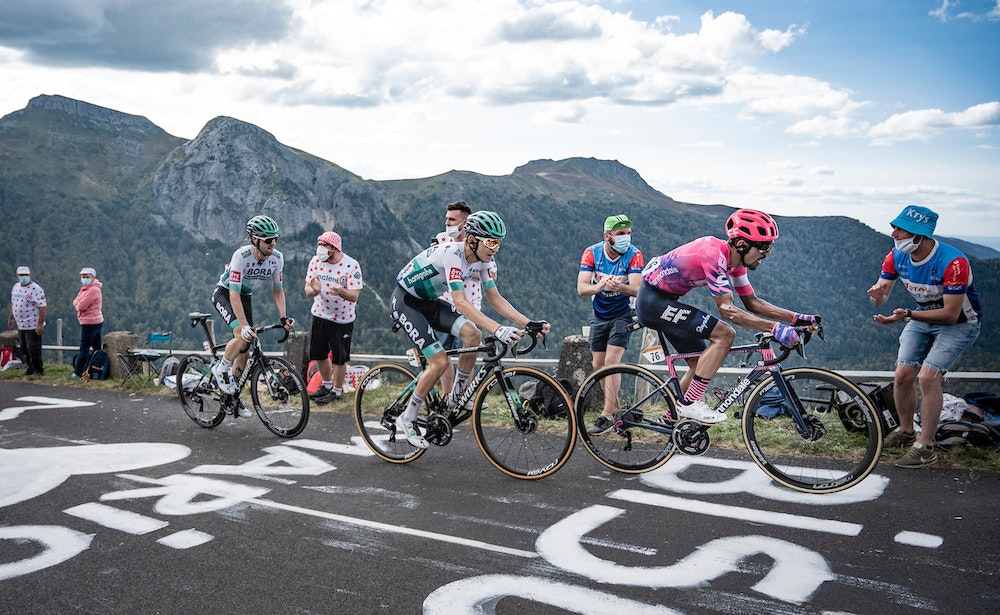 Schachmann appeared to surge again to distract the lone EF rider inside of 2km, however, this feigned attack did not shake the Colombian.

Inside of 800m on the steepest pitches of the climb, Martínez first lead Kämna. The two exchanged positions with 400m to go when the remaining Bora-Hansgrohe rider attacked.

Martínez was patient and sat on Kämna until well inside of 100m to go, where he quickly came around the remaining Bora-Hansgrohe rider to take the stage win.

This is the second high-profile win for Martínez, in France in recent weeks, as he won the overall at the 2020 Critérium du Dauphiné just before the Tour.