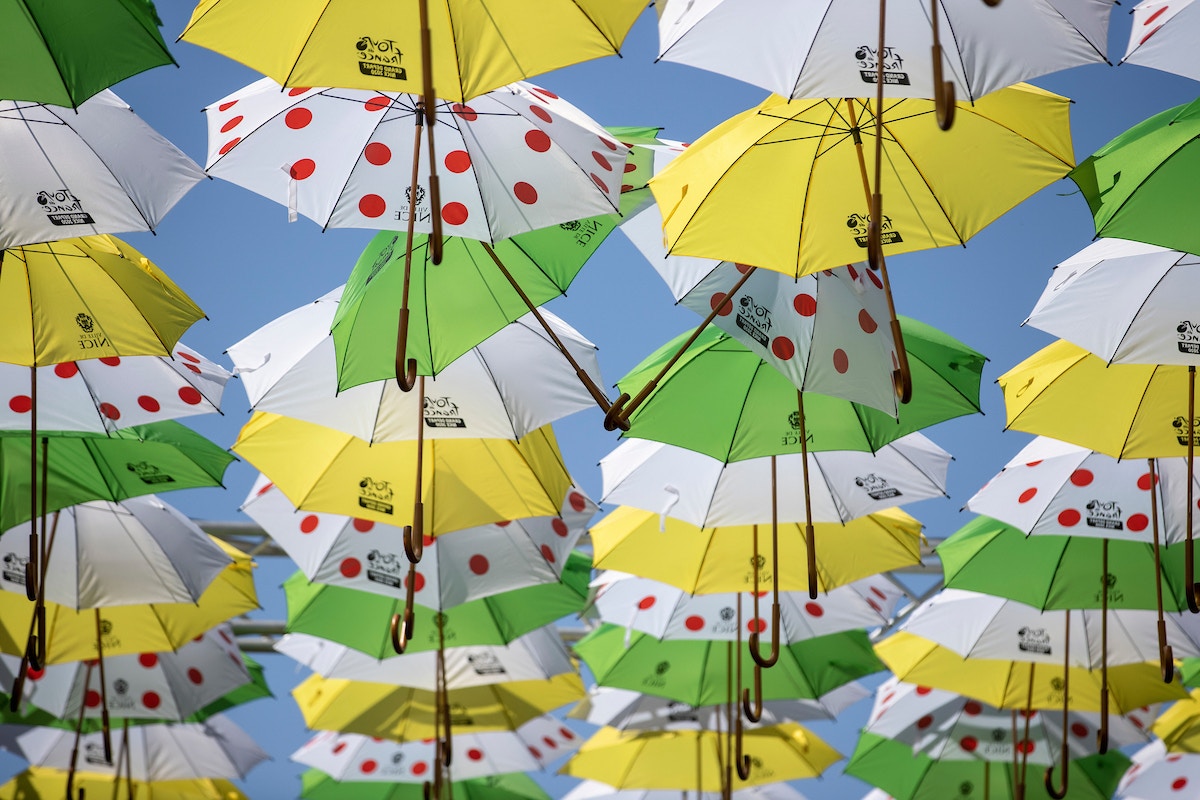 The pint-size sprint specialist known as the “Pocket Rocket” came from mid-field, through a dozen riders, into an uphill headwind, to take the day.

“It worked perfectly to plan, I had to move just at the right moment. It was disappointing to lose two teammates on day one, but everyone has pulled together and we've done quite well,” Ewan said.

Today's win was a morale boost for Lotto-Soudal, as the team was reduced from eight to six riders as Philippe Gilbert had crashed and broke a knee, while John Degenkolb missed the time cut. Ewan won stages 11, 16, and 21 of the 2019 Tour.

Julian Alaphilippe (Deceuninck-Quick-Step) retains the leader's yellow jersey after the 198-kilometre stage from Sisteron in the Haute Provence region.

"It's always a special feeling to wear this jersey, it's really different from last year. I am relieved and much more relaxed for winning yesterday. Wearing the maillot juane is almost every day a moment and a different emotion. I was proud to see the team ride and see me in yellow after two stages. I always want more,” said the Frenchman. “It will be really really difficult [to remain a leader until Paris]. But I continue to [things] take day-by-day. Tomorrow is a difficult stage, but I will give everything because it is an honour and immense pride in wearing the yellow jersey. I will do anything to keep it one more day, then it's just a bonus.” 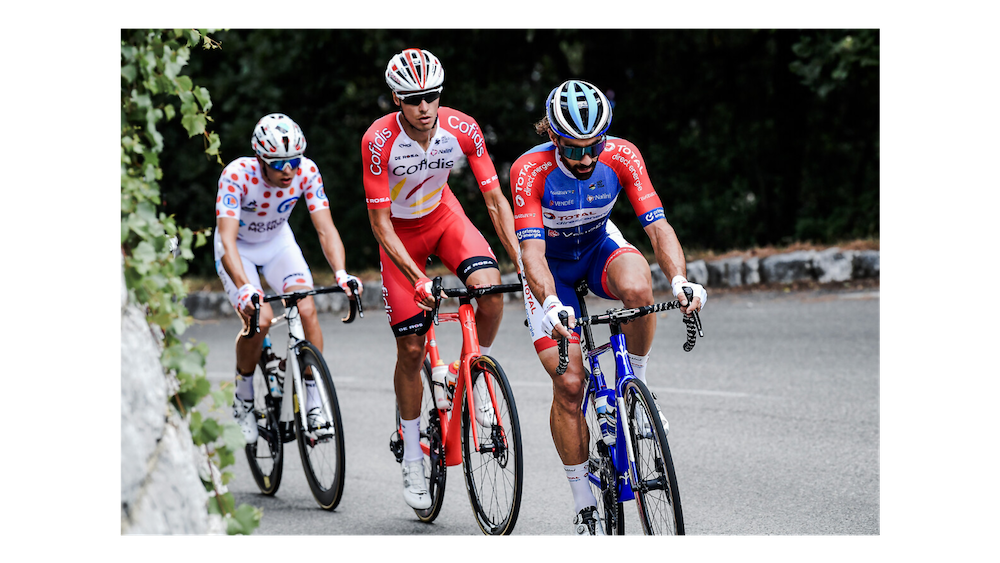 From the gun, a four-man break established itself, eventually dropping to three with about 120km to go when Oliver Naesen (AG2R - La Mondiale) dropped back to the peloton.

The polka dot jersey was on display on the shoulders of Benoit Cosnefroy and was the rope in a tug of war between Cosnefroy — who was wearing it at the start of the stage — and Anthony Pérez (Cofidis). Pérez had garnered enough KOM points through the early part of the stage to become the virtual king of the mountains leader. Once in this position, Pérez dropped back to the safety of the yellow jersey group, while Cosnefroy and Jérôme Cousin (Total Direct Énergie) stayed away.

But tragedy struck for Pérez when he flatted and attempted to ride his flat tire downhill. He crashed and suffered a broken rib and possibly a broken clavicle, and was forced to abandon the 2020 Tour de France. Cousin forged on, gaining a maximum advantage of about four minutes. However, with some undulations in the route, this advantage was slimmed to just two minutes with 37km of racing left, and finally, Cousin was brought back to the main group with about 17km to go. 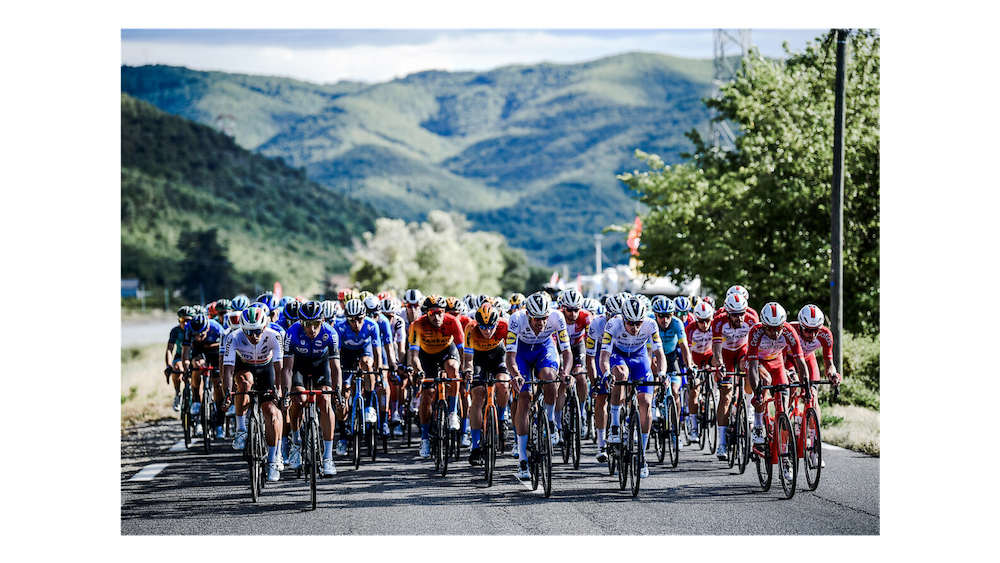 From this point, sprint specialists' teams lined up to deliver their riders to the line. Deceuninck-Quick-Step was on the front both to protect the yellow jersey, and to set up sprinter Sam Bennet. The Ineos Grenadiers also came to the front, to keep last year's Tour de France winner Egan Bernal, safe from any potential crashes.

In the final four kilometres, the polka dots jersey could be seen briefly on the ground after a crash and then riding in the back of the peloton. And then it was chaos, as the road narrowed in the final 2km.

From the scrum, Sagan looked in position to take his first win at the 2020 Tour when Sam Bennet overtook him, along with 2020 European road cycling champion Giacomo Nizzolo (NTT Pro Cycling). But coming from more than a dozen riders back, Caleb Ewan slalomed through traffic, turning a massive 54-tooth chainring at nearly 120rpms to surge past all competition.

"Today was one of the few real sprint opportunities, so we weren't going to give that up," Ewan said after stepping from the podium presentation. Peter Sagan assumed the green jersey at the end of the stage, after collecting handfuls of intermediate sprint points. 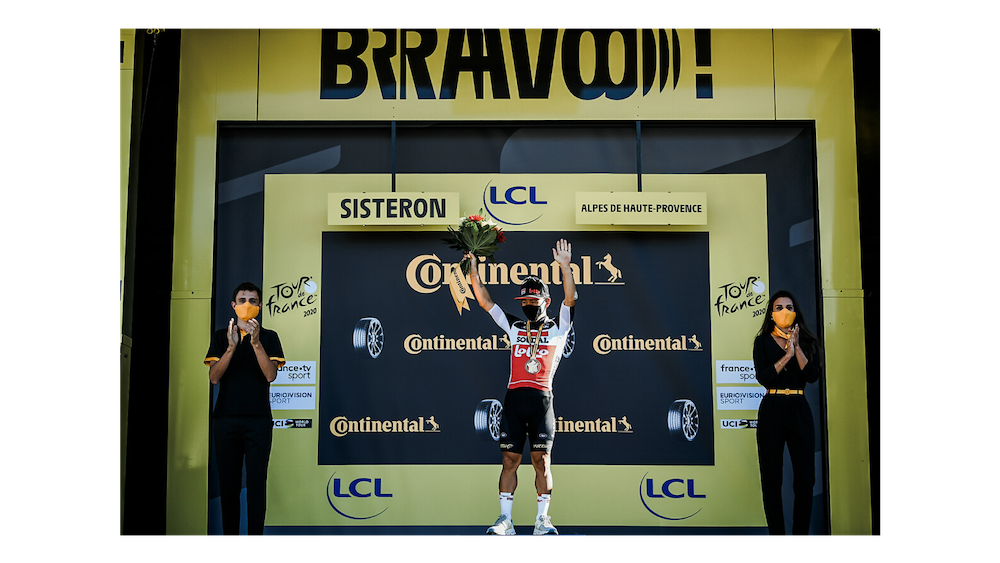