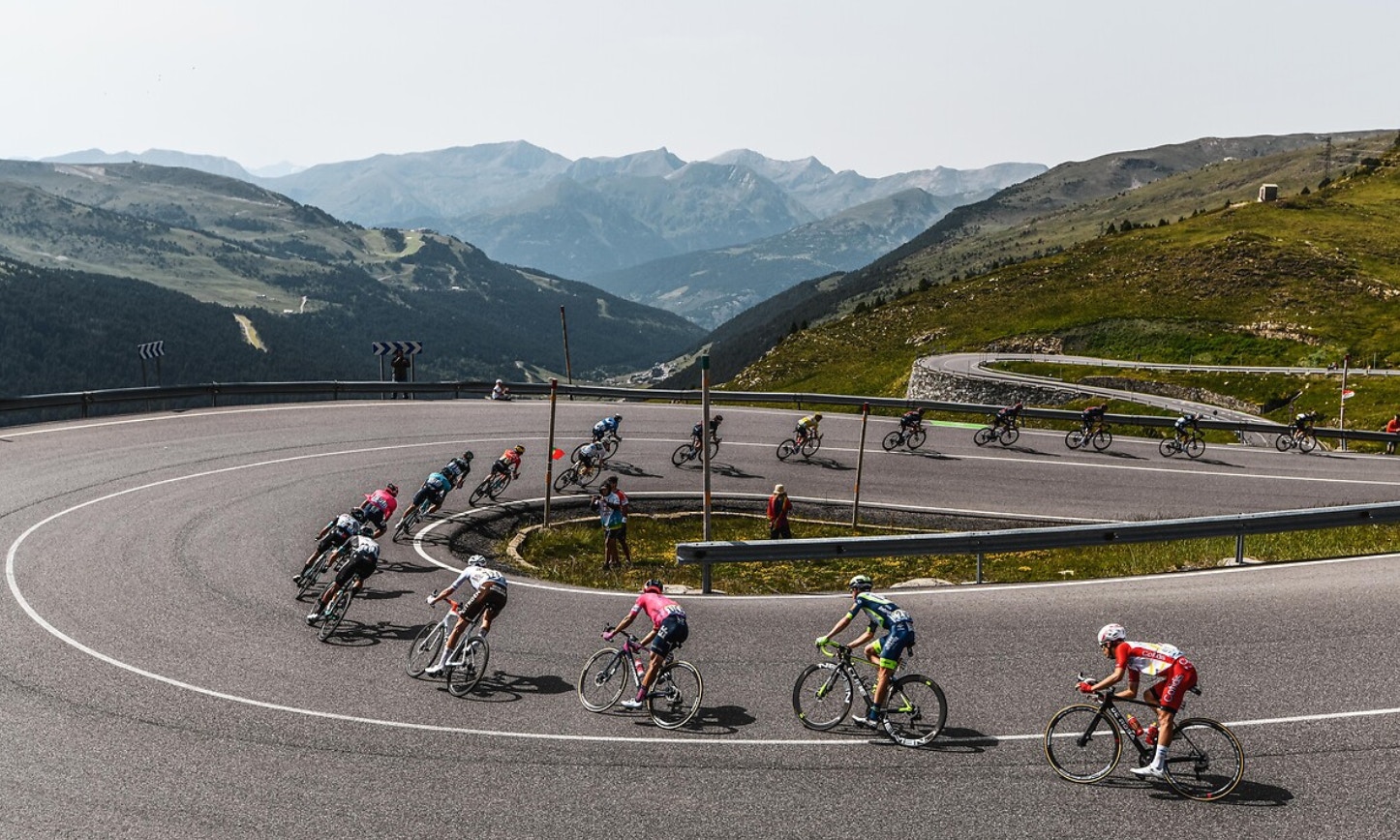 Kuss attacked out of the break over the final climb of the day and made a daredevil descent to the line, holding off a fierce chase from Alejandro Valverde (Movistar), who finished second.

“It means a lot – I still cannot believe I am in the Tour de France, much less winning a stage,” Kuss said. “It’s really incredible, I am lost for words.” 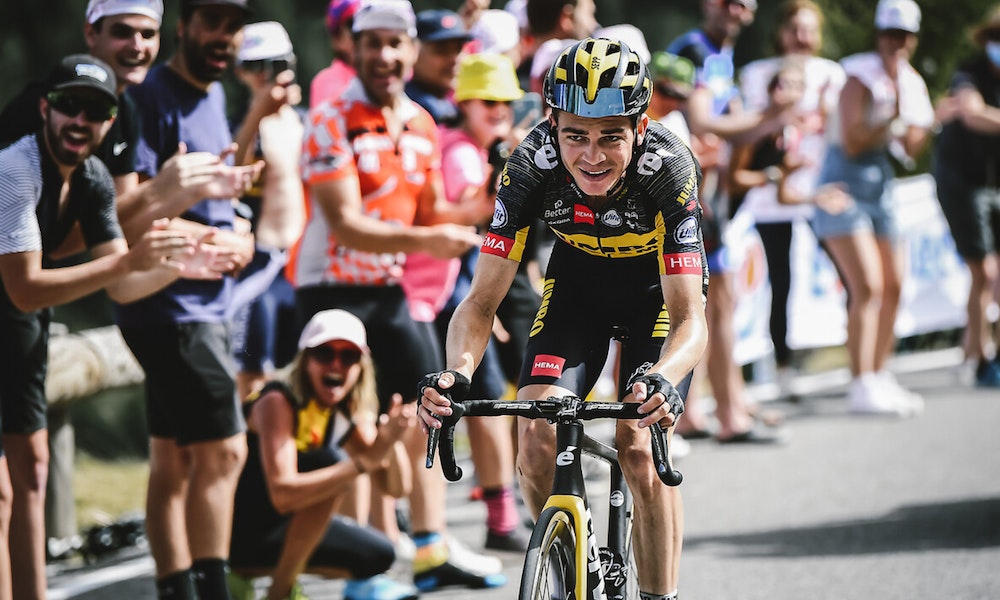 Andorra resident Kuss had attacked out of the day’s all-star break on the Beixalis climb, riding away from challenges by Valverde and David Gaudu (Groupama-FDJ).

Kuss brought his finest climbing legs on the steep ascent, TT-ing to the summit to nurse a tentative 25-second gap over the charging Valverde. The 26-year-old Coloradan threw it all into the descent toward the line, bringing his local knowledge to tackle the narrow technical downhill.

“It was a hard day in the breakaway, I know the climb fairly well, but I don’t climb it too much in training because it’s so hard,” he explained after the stage.

Kuss clutched his face in jubilation before throwing his glasses into the crowd as he crossed the line for his first Tour de France victory. This was his second grand tour win after claiming a mountaintop win at the Vuelta a España in 2018.

The result is Jumbo-Visma’s second of the Tour after it lost team captain Primož Roglič in the opening week. Wout van Aert scored a spectacular victory on the Ventoux on stage 11, and Sunday was Kuss’ turn to take the spotlight.

“I was really suffering during this Tour and I didn’t have the spice in my legs,” he said.

“It’s hard because we only have five guys, we want to go for stages, and we have Jonas [Vingegaard] who is riding so strong, today I really wanted to finish the job – from here on out I will be supporting Jonas, it’s nice to see him riding so well too.”

Ineos Grenadiers used numbers to pressure Pogačar and its GC rivals through the final Beixailis climb. Richard Carapaz, Ben O’Connor, Rigoberto Urán and Jonas Vingegaard all made accelerations through the steep narrow ascent, only to see Pogačar shutting down all the efforts.

Pogačar looked cool as he parried all the threats and controlled the pace over the summit before leading all the GC contenders to the line. There were no time gaps between the main favourites for the podium except that Guillaume Martin (Cofidis) fell out of contention after being dropped on the penultimate ascent of the stage. 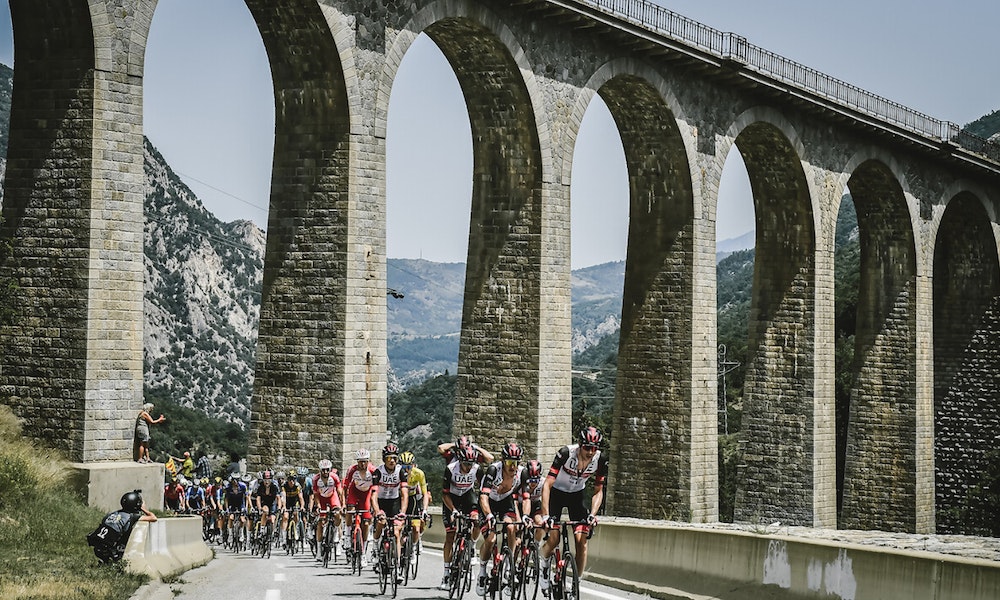 Thomas De Gendt kicked off the attacks at kilometre zero, pulling out two groups that eventually formed into one after around an hour.

Jumbo-Visma, EF Education Nippo and Ineos Grenadiers all packed numbers into the break.

The 32 riders were allowed almost 10 minutes of a gap through the first 120km as UAE-Team Emirates controlled the bunch behind.

Ineos Grenadiers makes its move Ineos Grenadiers picked up the pulling from UAE Emirates when the peloton started to approach the highest climb of the race, the Port d’Envalira.

Carapaz’s crew dropped its two breakaway riders back to the bunch to hook up with the Richie Porte-led peloton. The team cranked the pace through the high-altitude climb and down the long descent, leaving most of the GC favourites isolated, detaching Martin ahead of the final climb of the day. 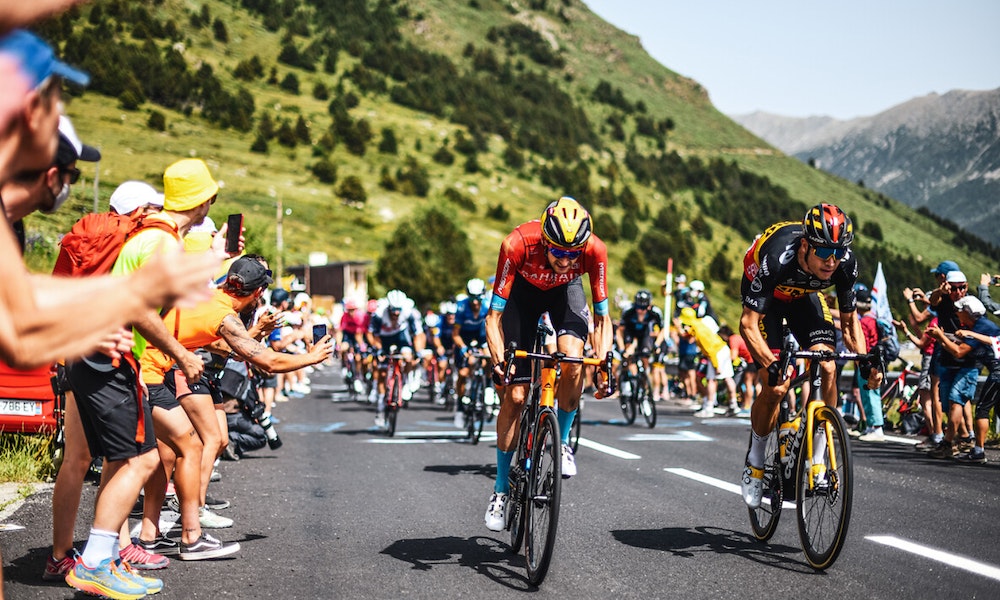 There was a fierce fight for mountains points again Sunday.

Poels beat van Aert and Woods in a full-gas sprint for the first climb. The same trio contested a fierce kick for the second ascent, this time with van Aert taking the most points.

Quintana went long for the Souvenir Henri Desgrange (high point of the race) to take the points on the Envilara. The Colombian attacked twice on the Beixalis climb before Kuss scored the final summit with his attack for the stage.