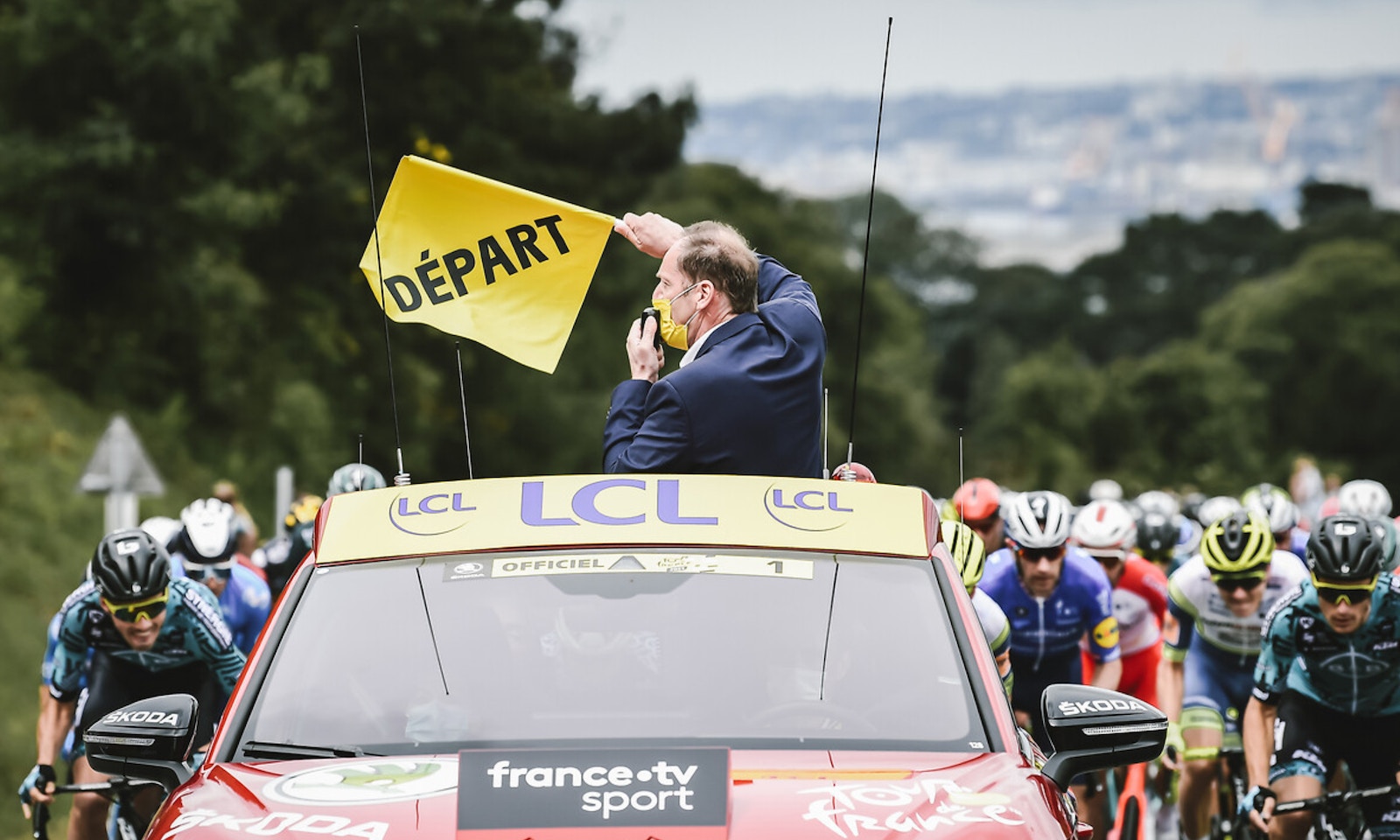 Julian Alaphilippe won the opening stage of the Tour de France and claimed the first yellow jersey of the race Saturday.

Alaphilippe’s eight-second winning margin when added to the bonus seconds for victory gives him a 12-second GC lead heading into stage 2. The Frenchman has now worn the yellow jersey for the past three Tours in succession.

“When I saw a gap I thought ‘go,'” he said. “It’s a really special victory for me. I’m changing jerseys but there are worse jerseys to wear!”

The final 45 kilometres of the hilly race through Brittany was marked by two mass crashes, the second of which saw Chris Froome (Israel Start-Up Nation) among the fallers. The four-time Tour champ was able to ride to the line, some 14 minutes down and looking in pain. 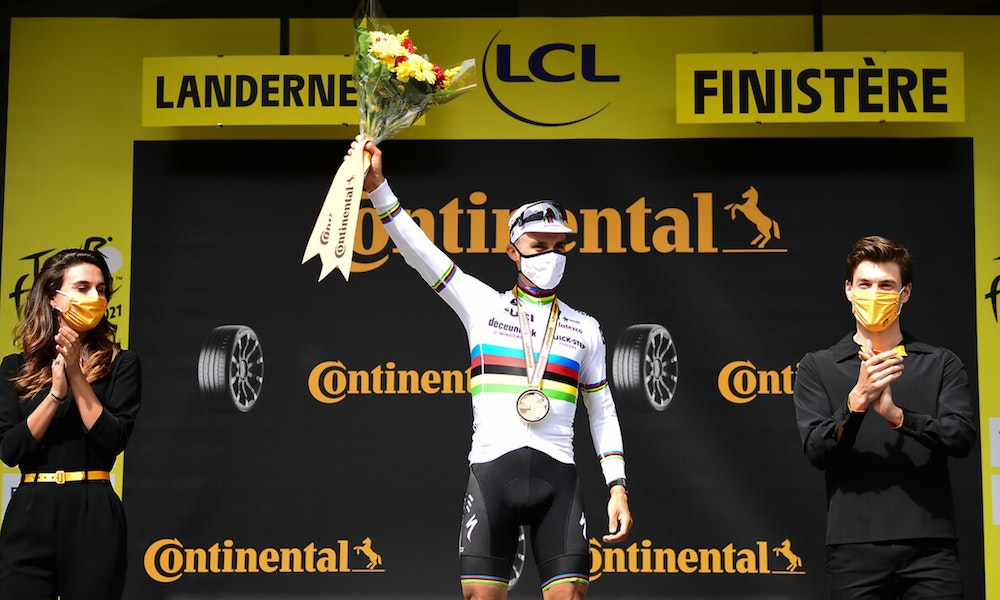 The action all came down to the hilltop finish on the Fosse aux Loups ascent after the second heavy fall of the day split the bunch at six kilometres to go.

Deceuninck-Quick-Step piled on in numbers through the steep opening of the climb as Mathieu van der Poel (Alpecin-Fenix) came up late to join Alaphilippe, Wout van Aert (Jumbo-Visma) and Sonny Colbrelli (Bahrain Victorious) at the front of the bunch.

Alaphilippe punched away with 2.2km to go as his final teammate burned out. The Frenchman’s first kick instantly distanced the group and gained him a significant lead as Pierre Latour (Team TotalEnergies), Roglič and Pogačar started the chase.

The two Slovenians were caught watching each other before being swallowed up by the van Aert-led chase group, and Latour succumbed to the pursuit not long afterwards.

Van der Poel was active in trying to bring Alaphilippe back to heel but was unable to make an inroad as the Frenchman blitzed his way to the line.

Scores of riders come down in two mass pileups

The peloton was picking up the pace as nerves heightened ahead of the hilltop finish when Tony Martin hit a placard held out by a roadside spectator at 43km to go. A number of Jumbo-Visma riders came down behind Martin, with van Aert and Roglič both in the front wave of the crash.

Those that avoided the crash neutralized the race as medics tended to the fallen and the riders were given time to come back to the bunch.

The peloton all came back together with about 20km to go after several riders had to swap out damaged bikes and receive medical aid.

A second crash cut a swathe through the peloton at six kilometres to go.

Chris Froome and André Greipel were among the two-dozen that came down. With the finish line on the near-horizon and all the main favourites still upright, the front group continued charging as the fallers regathered themselves.

Battle for the jerseys 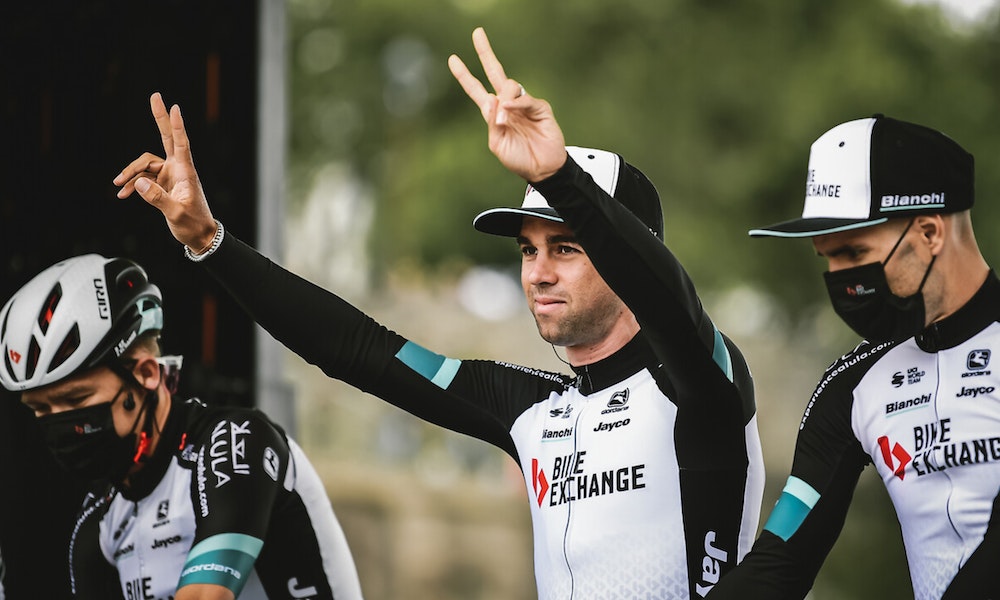 Ide Schelling (Bora-Hansgrohe) scooped the majority of the mountain points after being active in the day’s early break and hanging tough at the front after his five escape companions fell back into the bunch.