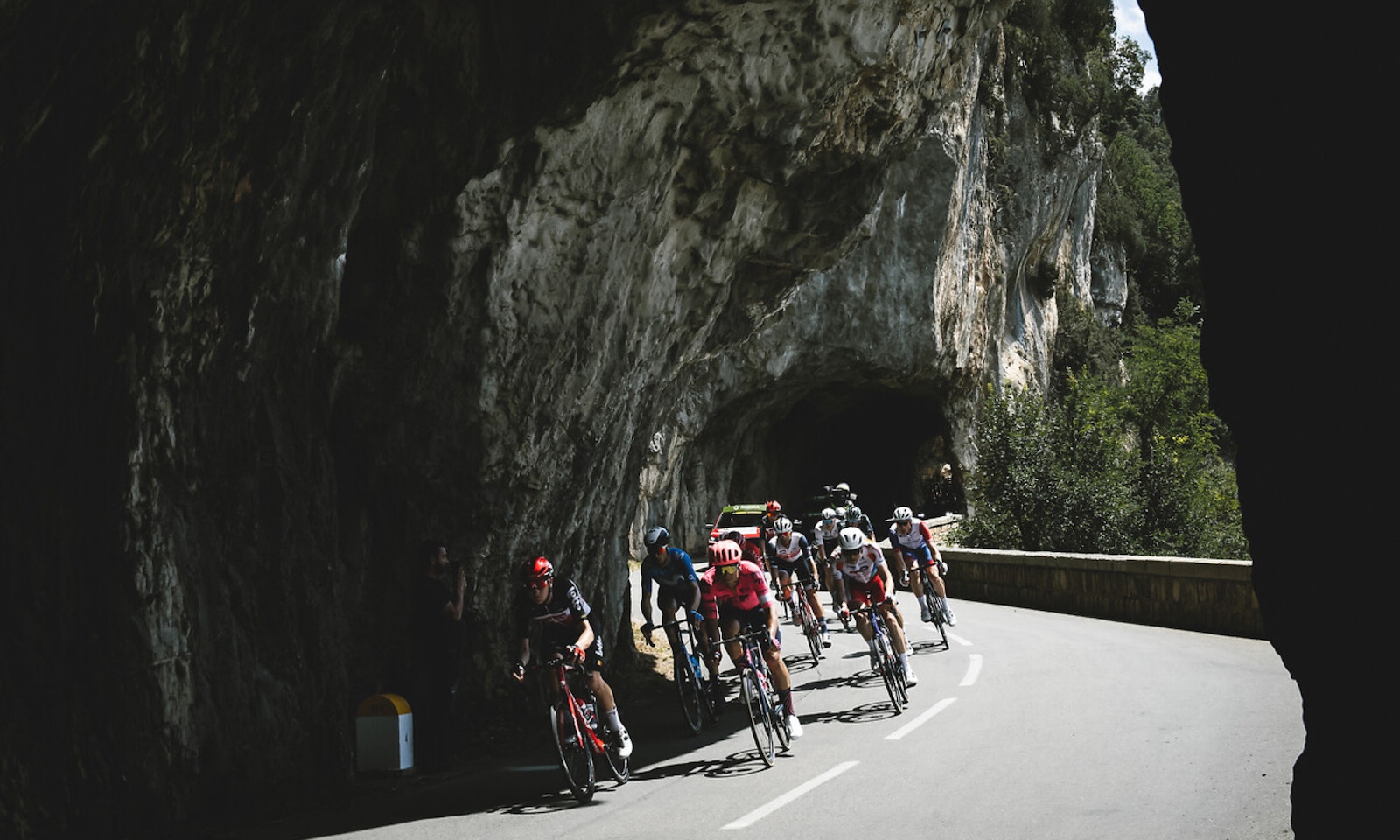 Nils Politt (Bora-Hansgrohe) won a mostly-flat stage 12 of the 2021 Tour de France off the front of a 13-man break. 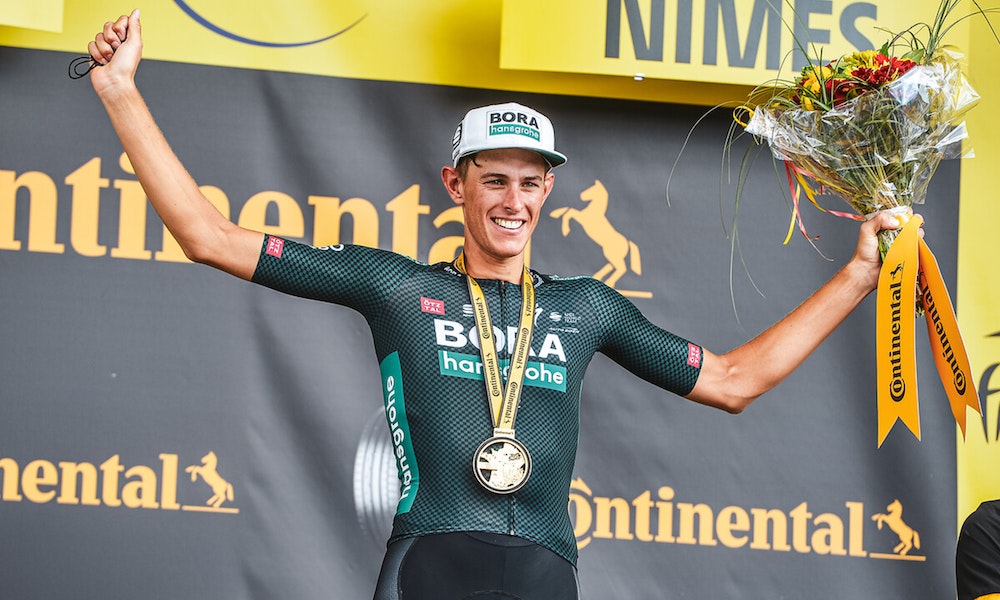 “It’s a dream to win a stage in the Tour de France. At the start, Peter [Sagan] left the race and it changed our tactics, and directly after the start it was the crosswinds,” Politt said. 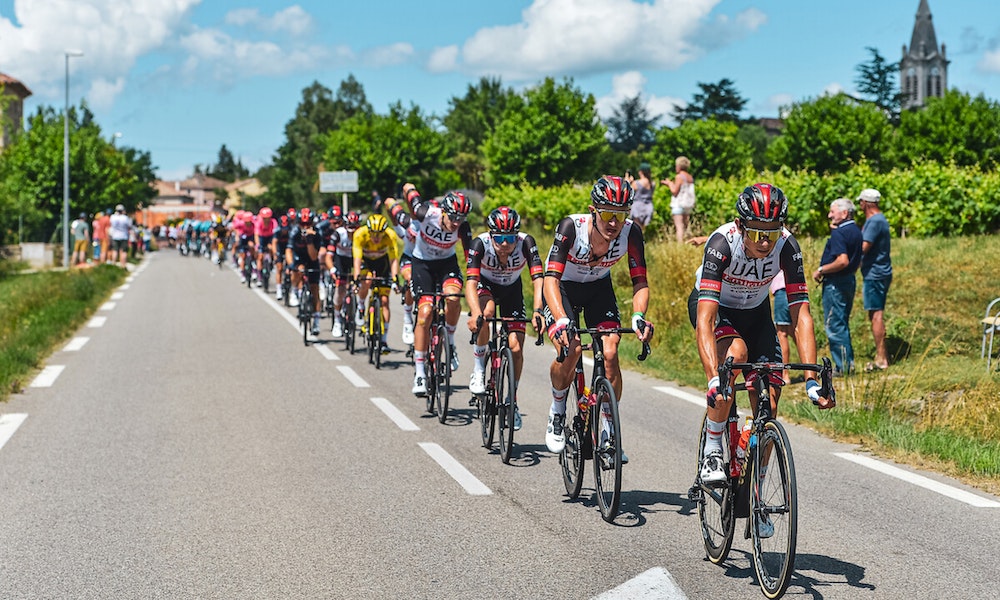 While the opportunity for Mark Cavendish (Deceuninck-Quick-Step) to equal the record for career Tour stage-wins presented itself at the finish, with a straight and flat 1-kilometre run-in to the line, the “Manx Missle” would have to wait until another day to equal Eddy Merckx’s record.

A day after two ascents of Mont Ventoux, the peloton was still in recovery mode, and content to let a 13-man breakaway go up the road.

The most threatening riders in the group were Greipel, a sprinter who has 11 Tour de France stage victories to his credit, and Alaphilippe, the current world champion who has worn the yellow jersey for a total of 14 days in his career.

The peloton seemed to ride at an even and relaxed tempo and over the next 20km, and the margin between the break and the main group expanded to nine minutes. This gap continued to steadily increase, unchecked by the main bunch. 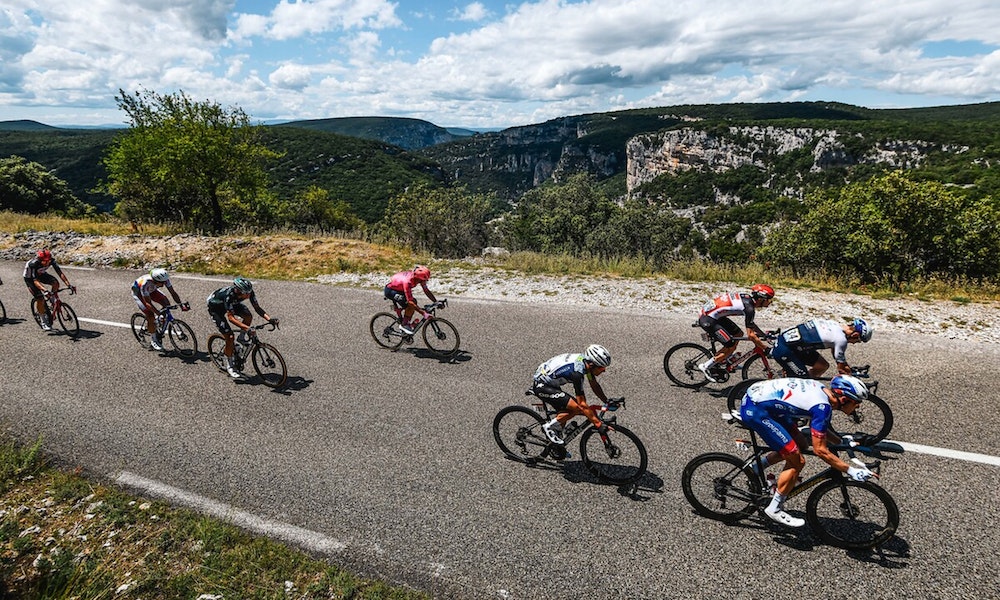 At 50km to go, Politt and Swift attacked the bunch, while Theuns, also from the break, responded and tried to bring the two back. Mezgec bridged to the two on the front. These moves came to nothing, and the 13 on the front came back together just 3km later.

Attacks again came off the front of this baker’s dozen. Erviti took Politt, Küng, and Sweeny with him and got a significant gap on the other 9 on the front.

On a small rise at 15km to go, Sweeny lead the race, while Küng found the pace too high and was dropped from the other three on the front.

Taking Erviti and Sweeny by surprise, Politt attacked and escaped with 12km to go.

Going all-in, Politt put his head down, turned a massive gear, and increased his margin all the way to the line, clipping along solo at nearly 50kph.

“I did the first attack quite hard, and it was just four guys. Then, the sport director said to give it everything. I did it again and it was at 30 seconds, 30 seconds, and coming solo to the finish line was incredible…. all the effort that I’ve gone,” Politt said. “It’s my passion, cycling, and for my whole family, I’m so much away from home because of training camps and races. It’s the biggest win you can have, winning a stage in the Tour.”

The more experienced Erviti won the sprint for second place, coming around Sweeny who opened the sprint first with about 100m to go.

Some 15 minutes later, Mark Cavendish (Deceuninck-Quick-Step) was brought within 500m of the finish line by his teammates. He took additional sprint points on the stage, coming around Michael Matthews (Team BikeExchange) and Jasper Philipsen (Alpecin-Fenix) with minimal effort.

Stage 13, 219.9km from Nimes to Carcassonne, is another opportunity for the sprinters, if the inevitable break can be controlled, and also if the predicted crosswinds do not shatter the race.