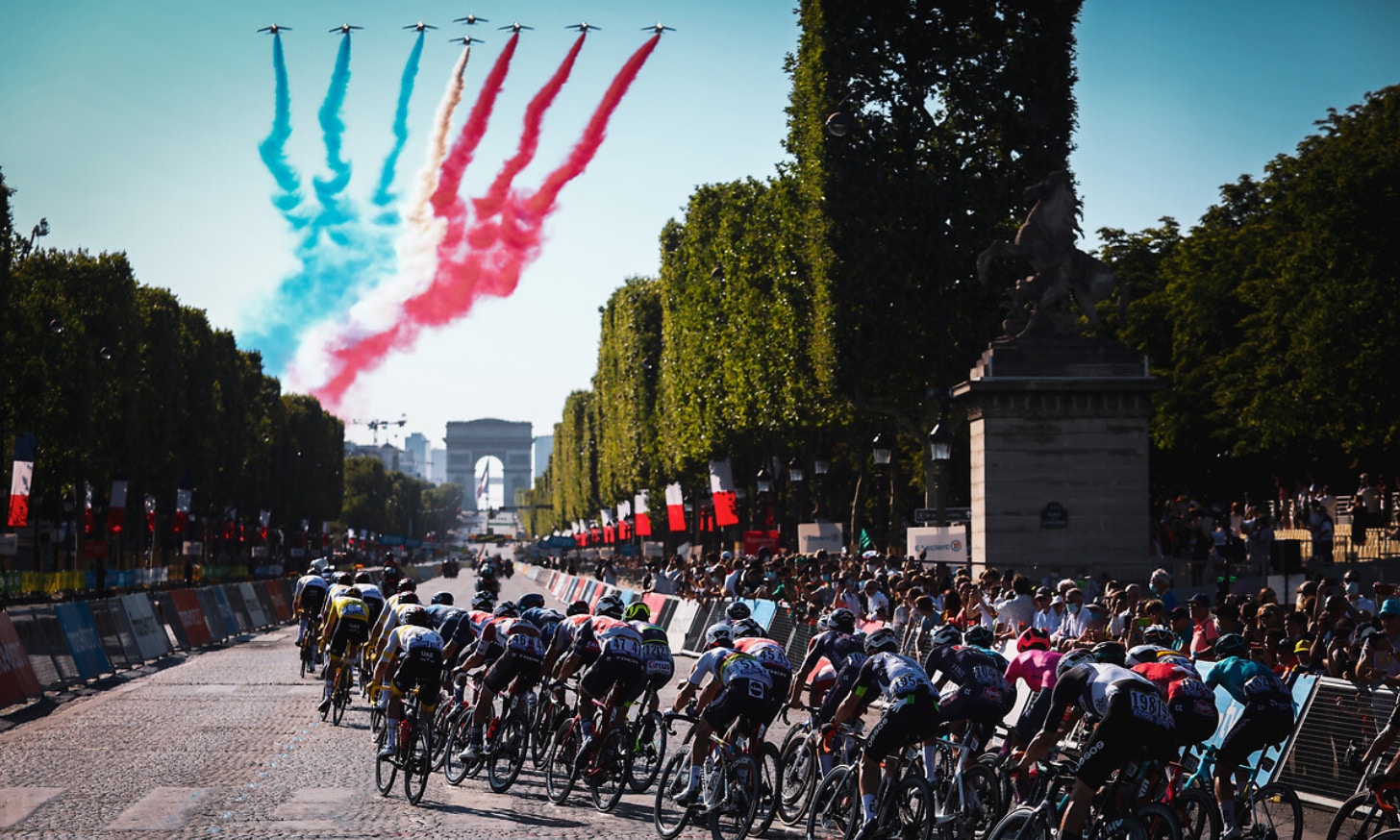 Van Aert was first across the line on stage 21 of the Tour de France on Sunday, narrowly edging out Jasper Philipsen (Alpecin-Fenix) and pre-stage favourite Mark Cavendish (Deceuninck-Quick-Step).

The Belgian’s sprint win in Paris puts a cap on a Tour that has seen him take wins after a double ascent of Mont Ventoux, a 31-kilometre time trial, and finally Sunday’s bunch kick. 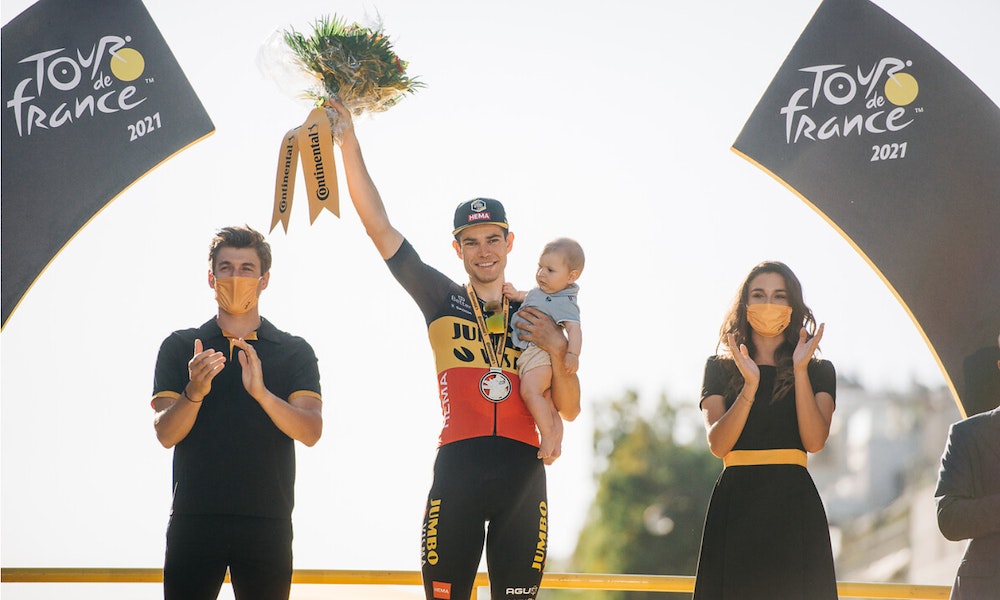 “I cannot believe it,” van Aert said after the stage. “This Tour has been amazing, it’s been such a rollercoaster. To finish with a win like this is beyond expectations.”

Van Aert will have little time for celebrating his standout Tour de France. He will be making the long journey to Tokyo on Sunday night along with a swathe of Tour riders as the peloton turns its sights on the Olympic Games.

Van Aert did not regret racing so hard in France just 10 days before the Olympic time trial.

“I’ve put myself in trouble – I have to catch a flight tonight [to Japan] and all these interviews will take a while I guess. We’ll see if I can get there,” he joked. “It’s definitely not a pity I went for it tonight because a victory like this is priceless.”

Tadej Pogačar (UAE Team Emirates) safely rolled to the line to seal his second yellow jersey in two years. The defending champion won the race by a huge 5:20 margin after first landing in yellow on stage 8. Pogačar also won the white jersey for best young rider and the polka dots for the mountains classification. 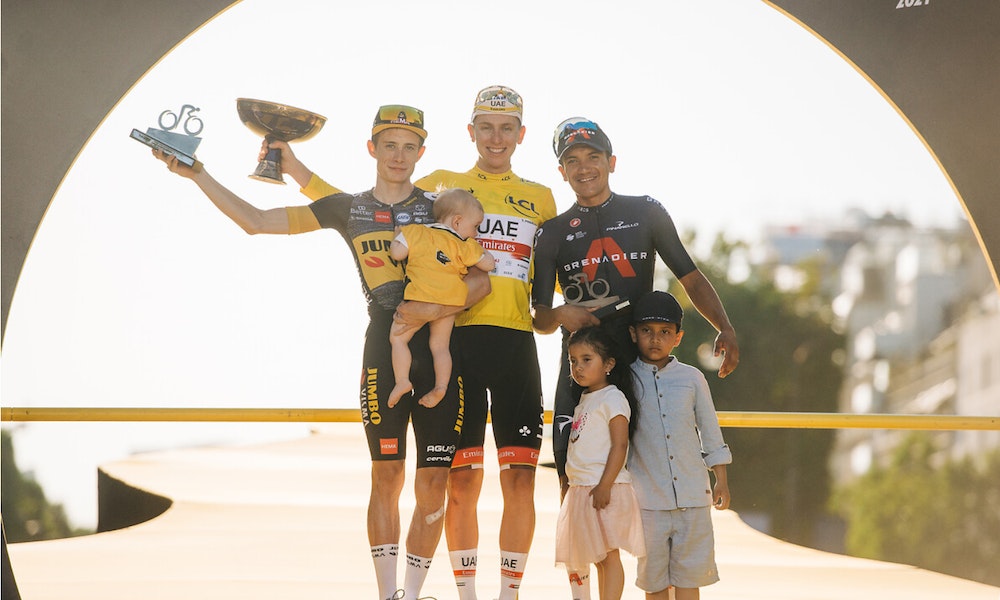 The Champs-Élysées finish line was some 300 meters further down the road this year than in most recent Tours, stretching the distance from the final corner of the circuit and changing the dynamic of the sprint.

The bunch had fallen into chaos in the final two kilometres as several teams swamped to the front and crowded out Deceuninck-Quick-Step and Jumbo-Visma.

Mike Teunissen led the bunch around the bend for van Aert as Cavendish sat on the Belgian’s wheel. Van Aert hit the front first as Cavendish was boxed between the charging Philipsen and the barriers, leaving him little room to move. Once van Aert was at full speed, the win looked in no doubt as Philipsen and Cavendish struggled to respond.

The Manx sprinter had scored four stage wins in the first two weeks to draw level with Eddy Merckx’s Tour de France record – but number 35 will have to wait one more year. Cavendish will take consolation in winning the second green jersey of his illustrious career, however.

Jakob Fuglsang did not start Sunday’s stage. Team Astana-Premier Tech stated Sunday morning that Fuglsang had been struggling with sickness and chose to abandon the race to prepare for the Tokyo Olympics.

As always, the peloton enjoyed a snoozy opening 60km of the stage as teams posed for photos and riders relaxed into the last day of racing.

The race finally gained pace when the bunch hit Paris to take on eight circuits of the tight city-centre tour of the capital’s monuments and boulevards.

Deceuninck-Quick-Step marked the early moves before a break of three went away for a short period.

In a sign of what was intended to happen several laps later, Michael Mørkøv delivered Cavendish to take the intermediate sprint behind the breakaway, easily outpacing a challenge by BikeExchange and Michael Matthews.

A second trio attacked into the fifth lap, this time with Ide Schelling (Bora-Hansgrohe), Michael Valgren (EF Education Nippo) and Brent van Moer (Lotto Soudal) hitting out. Deceuninck-Quick-Step and Alpecin-Fenix didn’t give the trio any rope and reeled them in at the start of the final circuit.

A final flurry of last-ditch attacks went in the final six kilometres but the bunch sprint was an inevitability as Deceuninck-Quick-Step controlled, only to be flooded out in the final few bends.