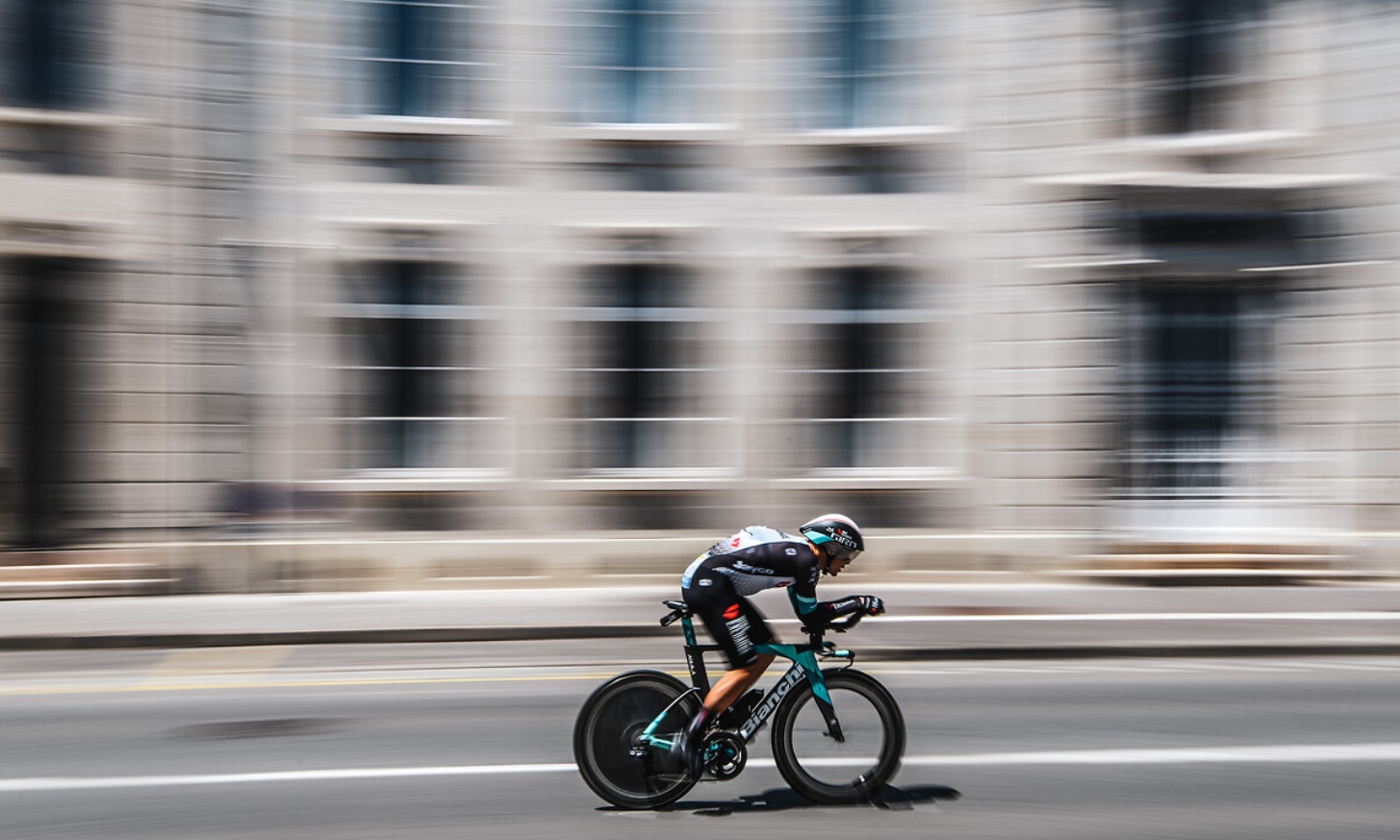 Wout van Aert (Jumbo-Visma) blazed through the final time trial of the Tour de France to take his second victory of the race Saturday.

Van Aert went 21 seconds faster than second-place Kasper Asgreen (Deceuninck-Quick-Step) in the 31km test through the vineyards of Saint-Émilion. It was van Aert’s second win of the race after winning from the break on the double ascent of the Ventoux in the second week.

Jonas Vingegaard made it a Jumbo-Visma one-three on the podium with his third-place finish, 32 seconds down. 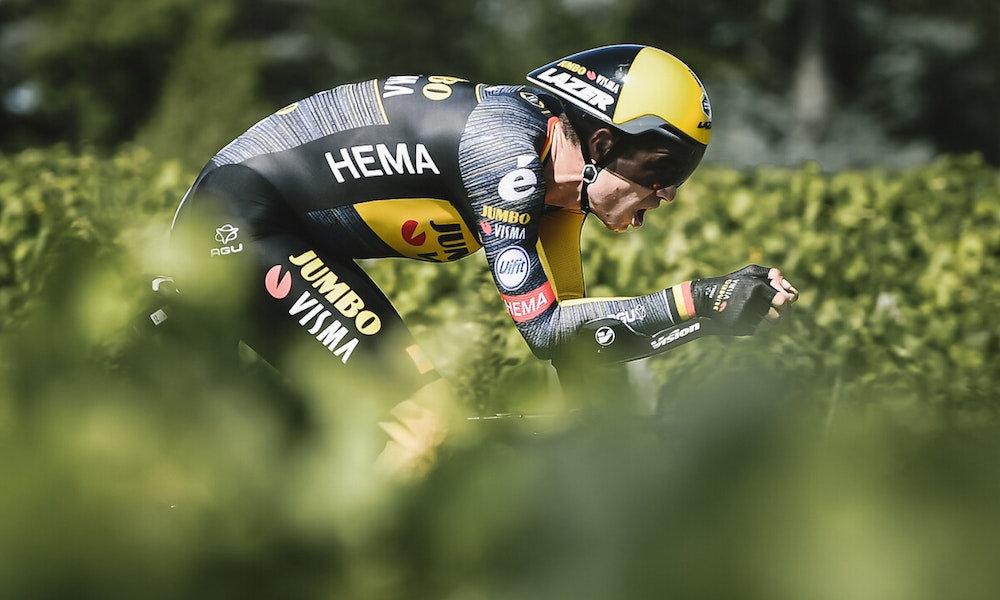 GC leader Tadej Pogačar chose to race with a note of caution, finishing eighth on the stage to head into Paris with a 5:20 lead on GC.

“Winning a Tour de France time trial has been one of the biggest objectives of my career,” van Aert said after the stage.

Van Aert had purposely eased off the gas in the previous stages so as to save his legs for Saturday’s TT. He will now head to the Tokyo Olympics with the wind at his back.

“I really focussed on this day in the last couple of days – I’m pleased I could finish it off,” he said.

Van Aert’s TT triumph puts a cap on a Tour that Jumbo-Visma pulled from the jaws of despair after Primož Roglič abandoned with injury and three other teammates pulled out. Sepp Kuss scored a memorable win in Andorra, while Van Aert blitzed the Ventoux to take a victory few would have forecast.

“It’s been a hard Tour for the team, but we always fought through but now we have three stage wins, Jonas in second on the GC which is an amazing result for only four guys left,” van Aert said. I’m really proud of how we fought.” 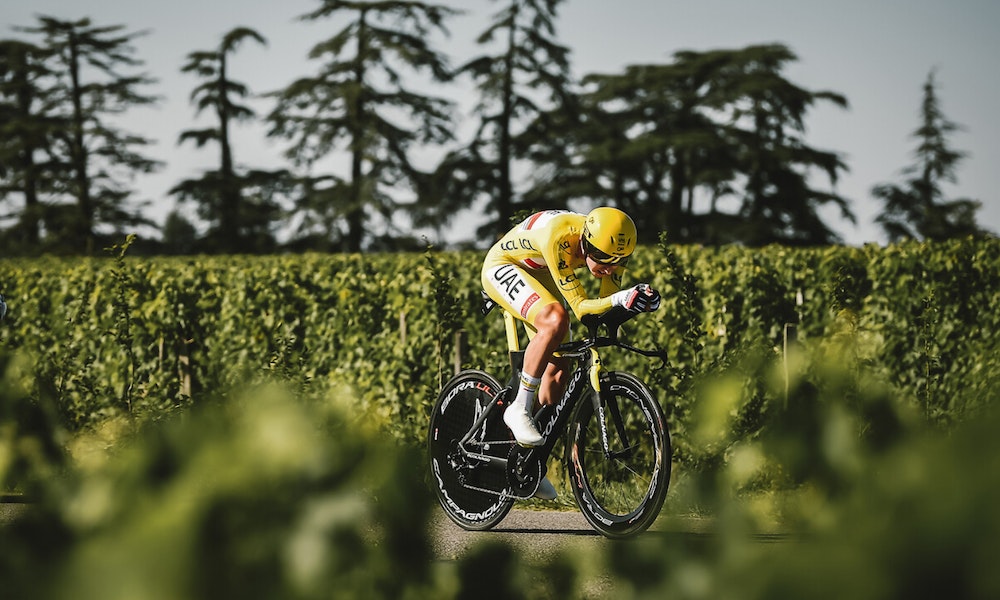 The main question of the day was how the battle for second between Vingegaard and Richard Carapaz (Ineos Grenadiers) would shake out. As expected, the young Dane was much faster than Carapaz. Vingegaard beat his Ecuadorian rival by over 90 seconds to secure his second step on the classification podium.

The second GC talking point was the race for fourth. Ben O’Connor (Ag2r Citroën) was able to avoid an upset by finishing just 21 seconds slower than challenger Wilco Kelderman (Bora-Hansgrohe) to head into Paris in fourth overall.

Van Aert wins the battle between the specialists

Stefan Bissegger (EF Education Nippo) was one of the favourites for the stage and fittingly enough took the hot seat early in the day.

Asgreen set the fastest time after setting out in the middle of the day. It looked like European champ Stefan Küng (Groupama-FDJ) was going to go faster not long after Asgreen crossed the line, but the Swiss rider faded toward the end of the course and finished 17 seconds back on Asgreen. Küng eventually finished up fourth on the stage.

Van Aert was one of the last of the specialists to roll out and all eyes were on the Belgian to take the victory. Van Aert blitzed through the course, setting the fastest time in the opening time check and maintaining his gap on Asgreen to set the winning time of 35:53, a speed of 51.5kph.

The Tour closes out Sunday with the procession into Paris and a final sprint of the Champs-Élysées. Can Mark Cavendish make it stage win number 35?