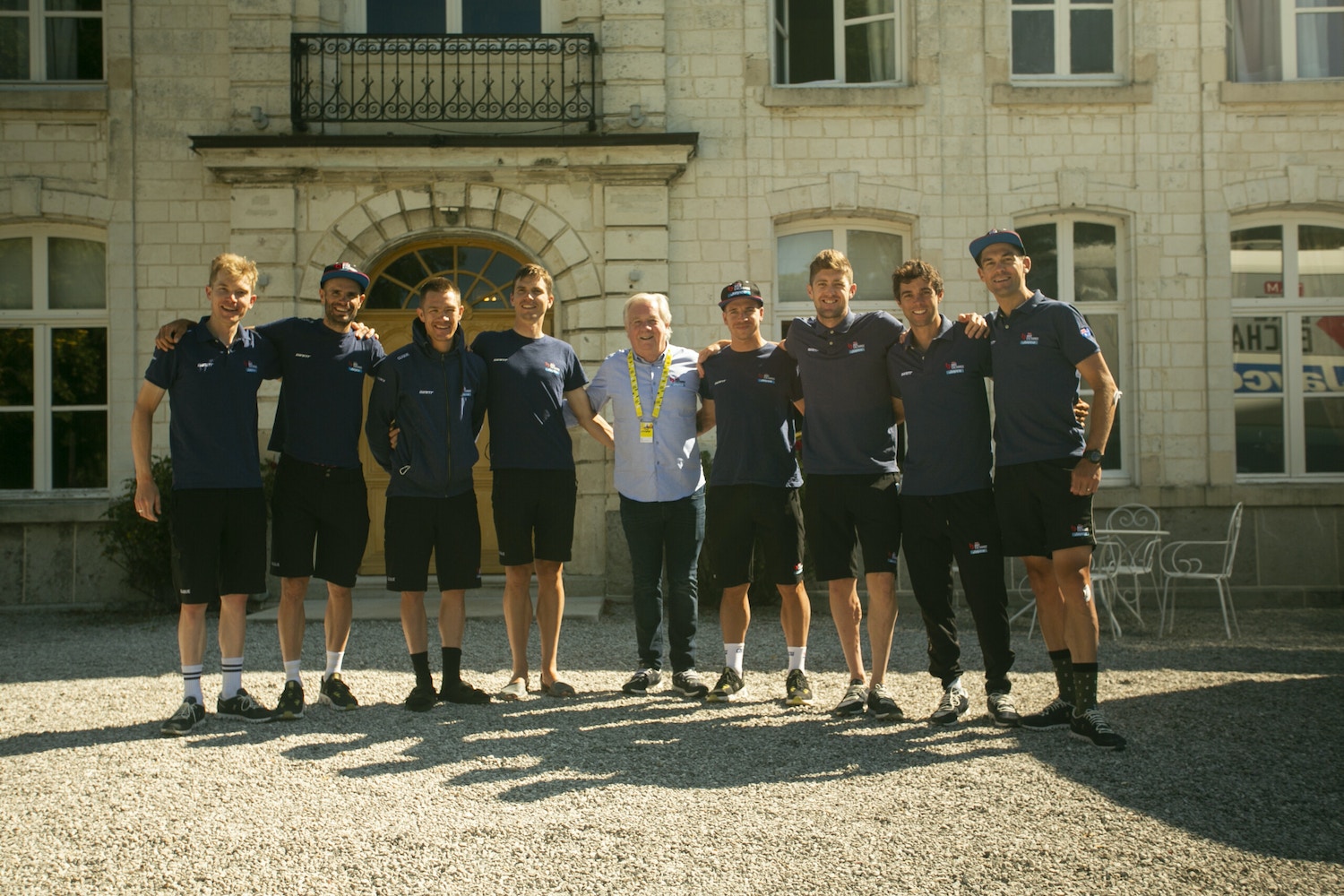 Dutch fast-man Dylan Groenewegen went close to making it a fairy tale finish in Paris as he sprinted to a hard-fought second place, capping off a successful three weeks for the Australian squad. 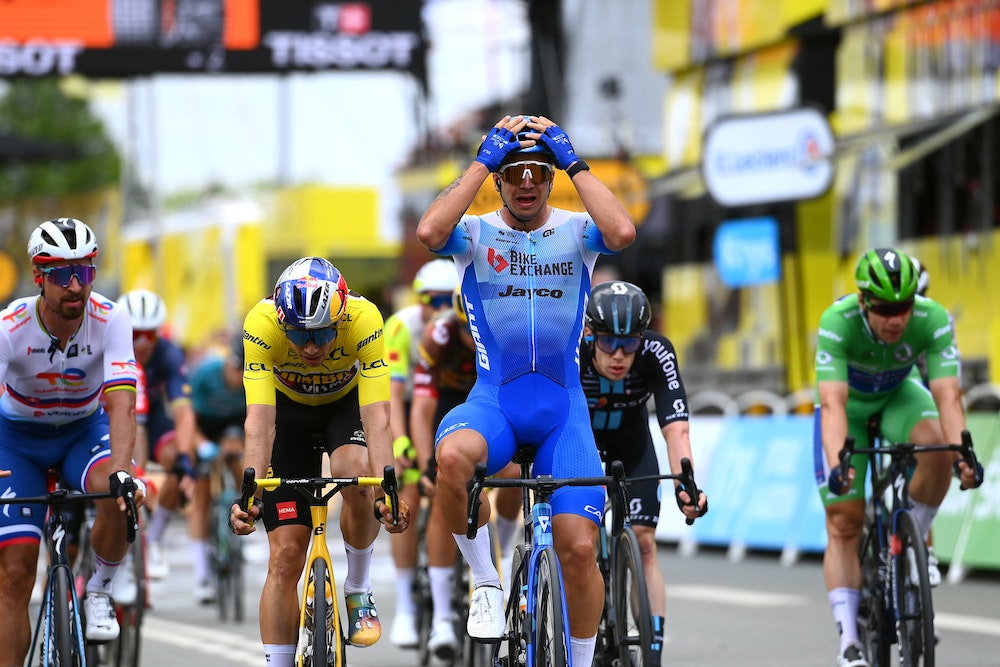 With huge pressure on his shoulders returning to the Tour de France, Groenewegen got Team BikeExchange-Jayco off to a dream start, taking a stunning and emotional victory early on, on stage three in Sønderborg.

Groenewegen put his hands to his head as he crossed the line, unsure if he’d taken the win, but the emotions soon poured out as his first Tour de France stage win in three years was confirmed. The victory set the tone for the team for the rest of the race, and with high morale and confidence, more sensational results followed. 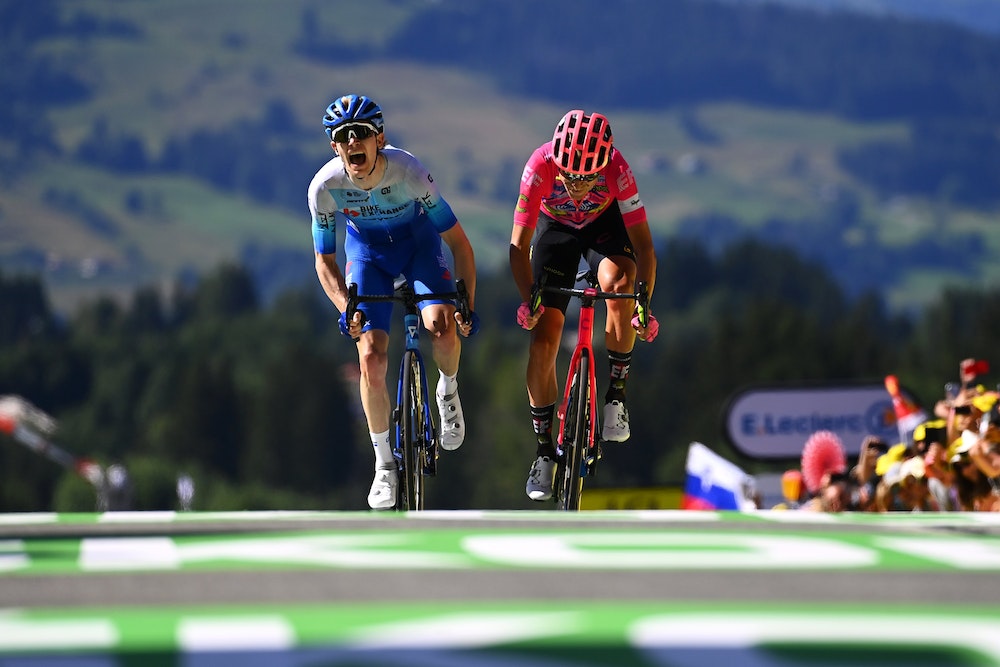 In his debut Tour de France appearance, the 27-year-old from Brisbane, Nick Schultz, made a name for himself on stage 10, heading into a hotly contested breakaway before almost walking away with an unbelievable stage victory, after a fierce two-up uphill sprint for the line in Megève.

However, it was a bittersweet result for the team and Schultz, despite a career best performance from the Australian. With the lengthy, brutal stage concluding in a tight photo finish, the victory was missed by the narrowest of margins. Taking the positives from the ride, it made Team BikeExchange-Jayco even hungrier to get on that top step once again. 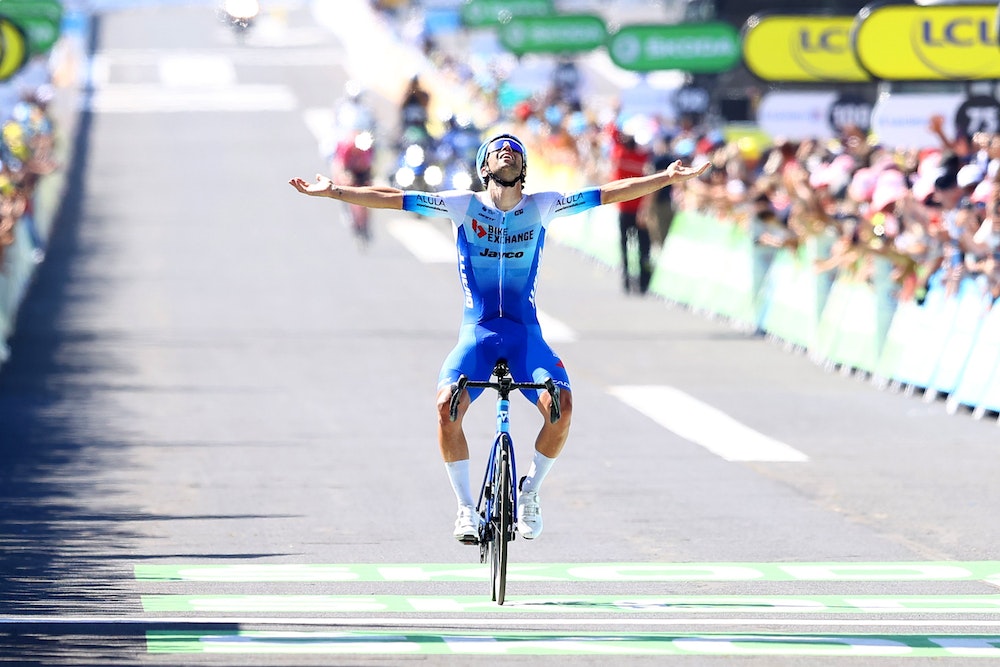 Michael Matthews showed his true grit and determination on stage 14, bouncing back from two painful second place finishes on stages six and eight to take an emphatic and meaningful solo stage victory into Mende, his first Tour stage win in five years.

Unlike his previous three Tour stage victories, the win made heads turn as the 31-year-old infiltrated a large breakaway, before attacking with 50km to go and then going away solo on a final steep 2.9km ascent – a totally new racing style for the Australian.

However, it wasn’t an easy feat, and the dream was almost over when Alberto Bettiol caught and passed the Team BikeExchange-Jayco as the summit approached. Unwilling to be the bridesmaid for the third time, Matthews wasn’t giving in easily and showed the world he had more. ‘Bling’ caught back up to the Italian rider and accelerated past to take the team’s second stage victory of the 2022 race.

The success throughout the three-week race has been a testament to the Australian outfit’s hard work, day in and day out and the commitment to the plan, bouncing back from near misses, going on the hunt in breakaways, before finally clinching those emotional wins and making it one of the team’s most consistently successful Tour de France appearances to date.

“The team today was really brilliant, I went a bit too early [in the sprint], but there was no other option, I think. Sometimes you are lucky, today we are second, it’s good, but it’s not good enough, but the team was really strong. I think that the team was really impressive today; if you see, I signed seven months ago with the team, and now we did one of the best lead-outs. I’m really, really thankful for that, for this big chance. We have two stage victories for the team, and we are really proud, and now we’re going to celebrate. Today was second, not enough, but we are happy with this Tour.”

“At the start of the Tour de France we started with the goal of winning a stage, more teams don’t win stages than win stages, and we come away from a really successful Tour. Two stage wins, four second places and a really dominate performance from all of the guys. I’m really happy with how they committed to the daily plan, and we certainly left our presence on this race.”

“It was a fantastic Tour and I’ve never seen any team that I’ve been involved with, work so well together. The bonding from the first day, to now, is pretty special. Two stage wins and four seconds, we’re going to come back next year and be a lot stronger. It’s very exciting times ahead.”