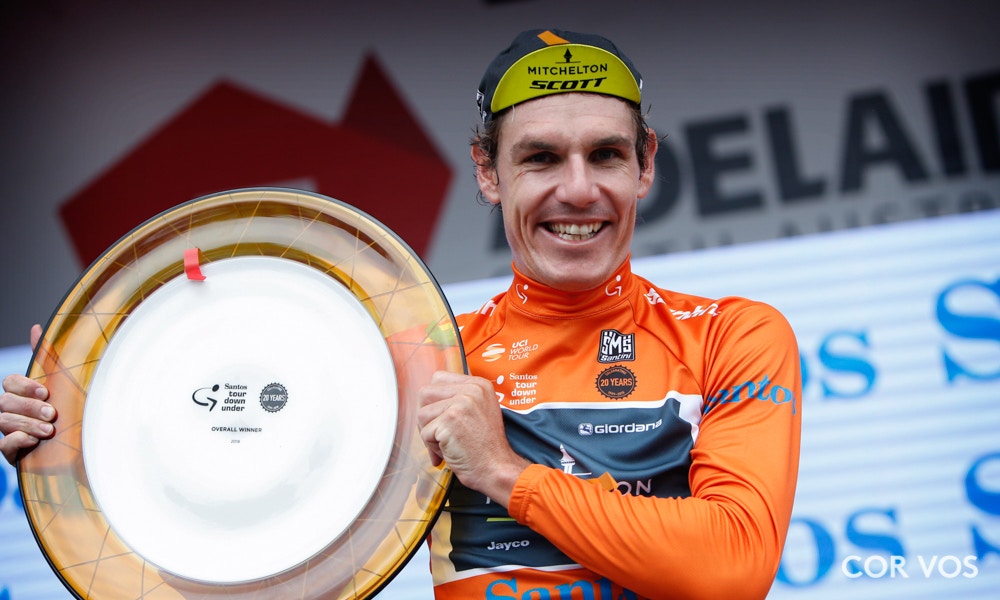 ADELAIDE, Australia (CT) – Daryl Impey (Mitchelton-Scott) has become the first South African winner of the Santos Tour Down Under after defending his overall lead on Sunday’s final stage of the race’s 20th edition.

Andre Greipel (Lotto Soudal) won the final stage of the race, outsprinting Caleb Ewan (Mitchelton-Scott) and world champion Peter Sagan (Bora-Hansgrohe) to take a record-extending 18th stage victory at the Tour Down Under.

There were several breakaway groups throughout the 90km circuit race but it was a move featuring Logan Owan (EF Education First-Drapac) and Ben O’Connor (Dimension Data) that led for most of the race. O’Connor was the virtual leader on the road for many of the race’s 20 laps, but with Mitchelton-Scott controlling the peloton for a sprint — and to protect Impey’s lead — the breakaway was doomed to fail.

Owen was the last to be caught, on lap 18, as the teams of the sprinters readied for the final dash up King William Road. Ewan hit the front and looked to have the stage won, but Greipel passed his Australian rival mere metres from the line to win the tour’s final stage for a fifth time and claim his second stage win of the week.