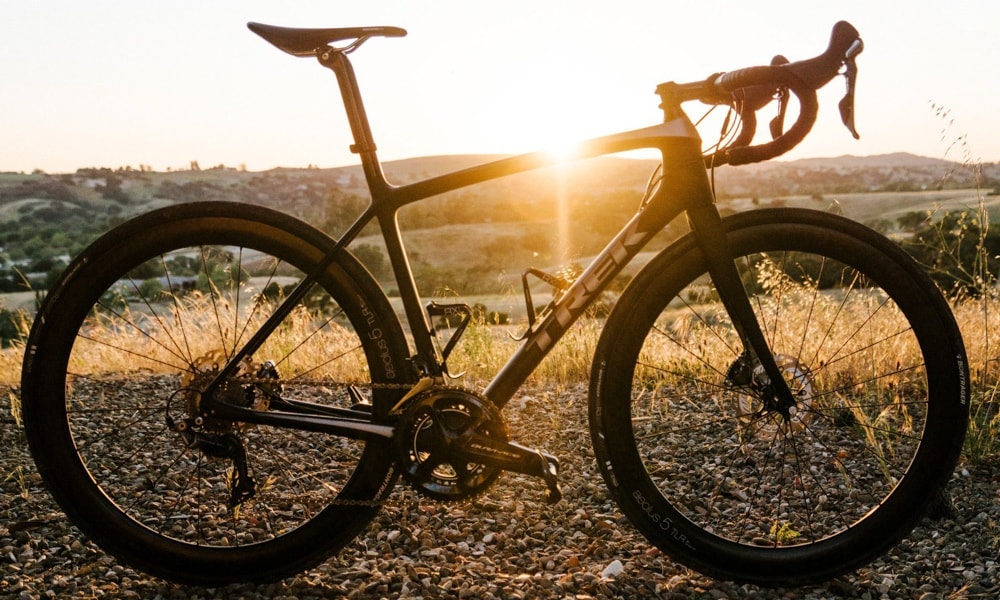 What better place to announce a new road bike then the start of the world’s largest cycling event. Today Trek has announced its greatly anticipated update of the lightweight Emonda.

The new 2018 Emonda takes what was one of the lightest production bikes on earth and makes it lighter, stiffer and more compliant than before (and adds a disc brake option). This is a bike built for conquering mountains and making those that pick it up giggle with envy.

The Emonda fits the profile of a traditional road racing bike or that of a ‘general classification bike’ (what you’d expect a yellow jersey contender to be riding). Want to know how a bike like the Emonda stacks up against an endurance or aero road bike? We’ve got a video guide for that. 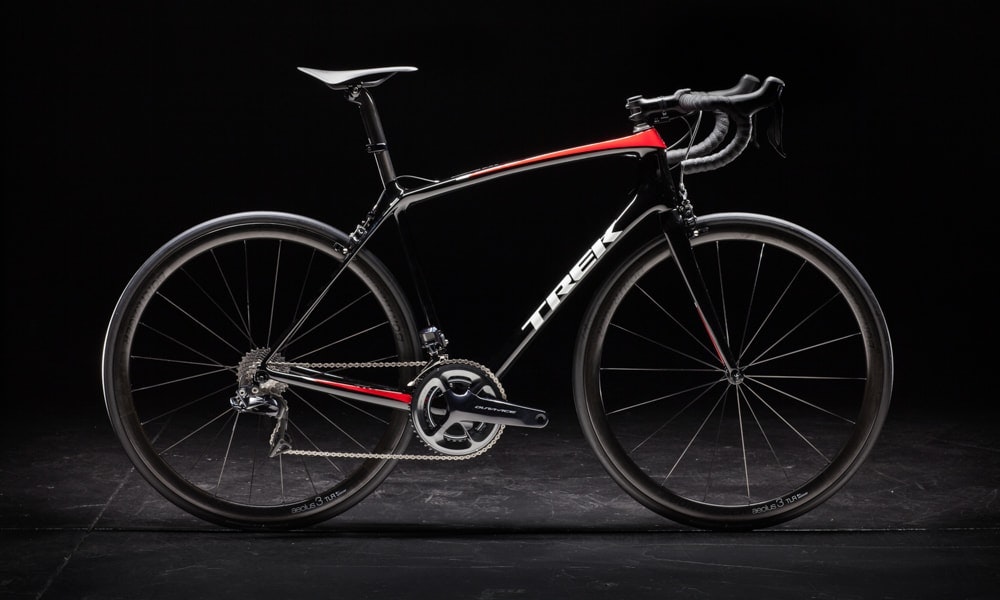 When the original Emonda was announced exactly three years ago, it was pitched as the world’s lightest production bike. For example, the previous model Emonda SLR 10 is claimed to weigh an amazing 4.6kg (10.25lb) with its 690g frame (56cm size). And yet, the 2018 Emonda SLR frame is lighter again.

The new Emonda SLR (rim brake) manages to shave 50 grams off its predecessor. It’s a figure that may not sound like much, but relatively speaking, it’s a big number. The new disc-brake frame is not far off either, with a claimed weight of 665 grams it's just 15 grams more than the rim brake version. The new Emonda SLR fork weighs just 313g, with the disc version at 350g.

Trek has achieved this by using a new 700 Series OCLV Carbon lay-up (Emonda SLR only) and by finely analysing its use in a frame size specific approach (more on this later), something that is said to provide best-in-class stiffness to weight ratio.

2. No IsoSpeed, No Aero Claims

Helping to achieve such a low weight, the Emonda makes no claim of aero gains, instead, it’s a focused approach to weight, ride quality and stiffness.

Likewise, Trek’s IsoSpeed pivot technology designed to found on its Domane and Madone road bikes is nowhere to be seen on the flyweight Emonda. The pivoting technology is often praised for its ability to smooth the road through controlled frame flex, but it’s a system that would prevent Trek from achieving its best-in-class stiffness to weight ratio goal for the Emonda. 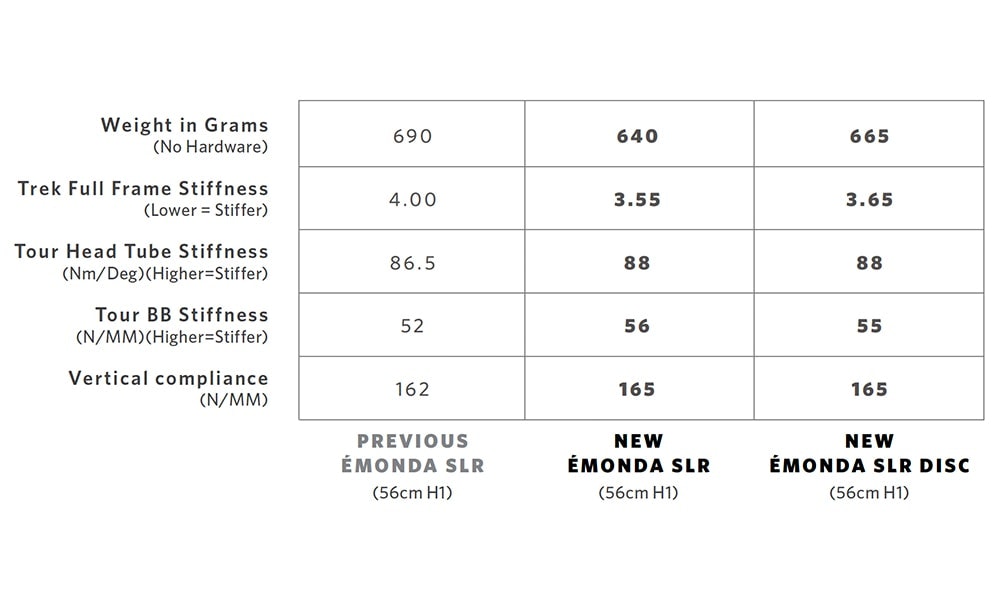 That new carbon layup means the frame is not just lighter, it’s stiffer too. Both bottom bracket and headtube stiffness numbers are improved, with the rim brake version edging out the disc brake version.

Traditionally an improved stiffness to weight ratio comes at the cost of ride comfort, but advances in carbon fibre layups and frame design has that all changing. The new Emonda claims to be more compliant than the previous version and with room for wider tyres too.

The Emonda will be available in two distinct levels, the SLR, and the SL, using 700 Series OCLV Carbon and 500 Series OCLV carbon respectively.

The cheaper SL frame is a near visual replica of the premium SLR, however, its lower grade carbon sees the weight increase somewhat. Trek state the new Emonda SL frame weights 1,091g, with the disc version at 1,149g. The SL fork is the same superlight offering as found on the SLR bikes, however, cheaper Emonda SL 5 options will feature a heavier fork, adding just over 100g.

6. Disc or Rim, choice is yours 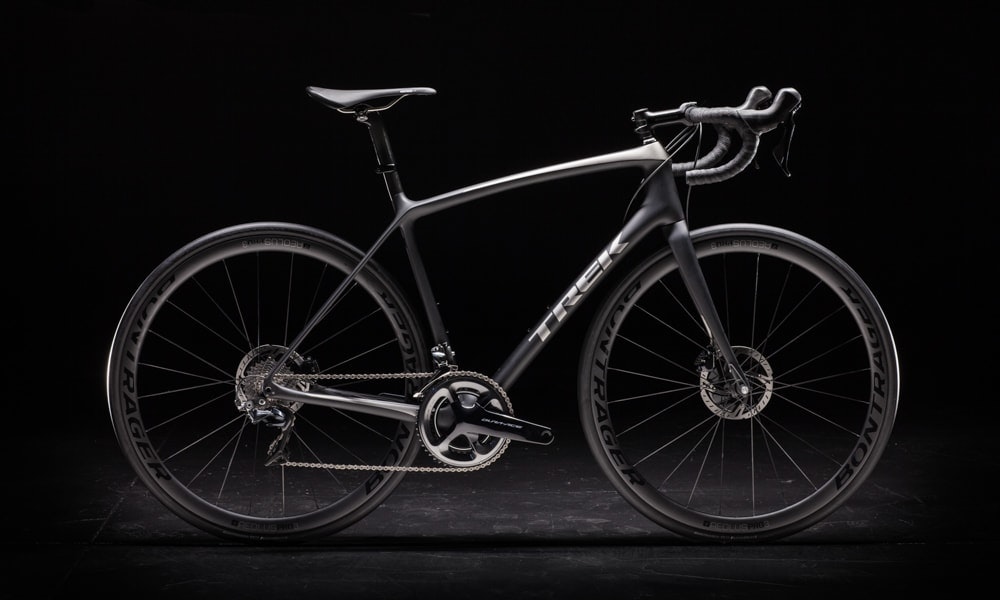 Further proving the industry is fully committed to providing race-level disc brake bikes, the Emonda SLR and SL will be available in both disc brake and rim brake options.

Tyre clearance is fast becoming a key feature in a race bike, and the new Emonda doesn’t disappoint. There’s space provided for 28c tyres across all models, including rim and disc brake options. 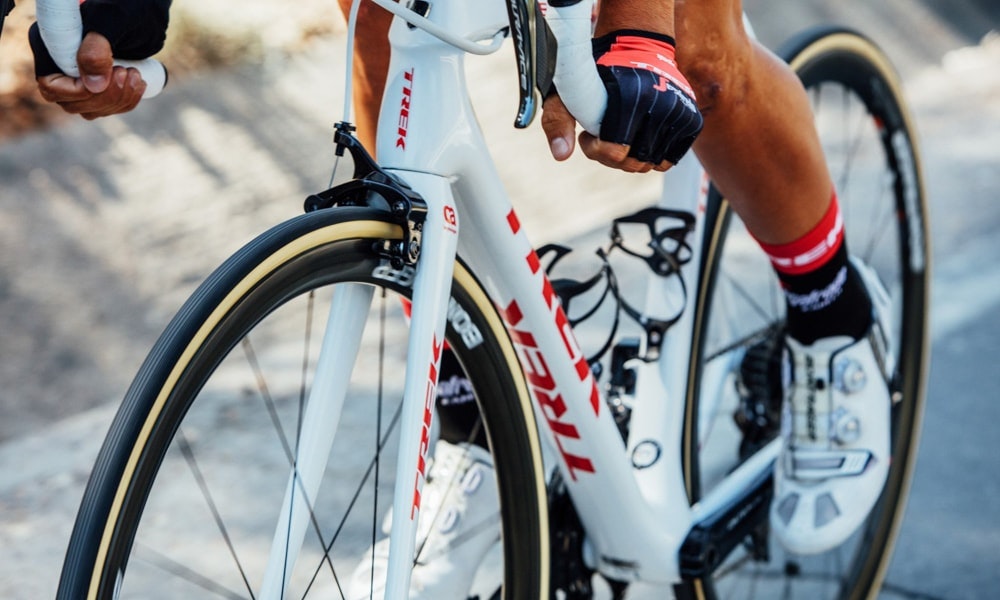 “Size-Specific Ride-Tuned performance”, that’s what Trek is calling its design and engineering approach that ensures ride quality is kept equal, regardless of frame size.

While not specific to Trek, in the past, brands typically started with a 56cm frame design and then adjusted it for bigger and smaller frames from there. As a result, smaller frames often offered greater stiffness under power but also rode with greater harshness when compared to larger offerings. In reverse of this, larger frame sizes were typically far heavier in an attempt to match stiffness, or in other cases, they were left a little noodly to keep weight low. It was fairly typical across a number of brands and it’s something Trek is clearly taking a very considered approach to overcome.

Trek’s Size-Specific design approach sees each frame size run through a myriad of computer simulation, lab and real-world tests and processes to ensure the mould design and lay-up is being used as efficiently and effectively in all frame sizes, and that the final product provides the intended ride experience.

Trek has long been one of the few companies to offer its road bikes in a choice of geometry options. This continues for the Emonda, with options of ‘H1’ or ‘H2’ fit bikes and framesets still provided.

Offered only at the SLR level, H1 fit is designed for the pros and more aggressive riders. It offers a lower stack height and increased reach. It means riders seeking a low position aren’t forced to use steeply angled stems or make compromises to their positions.

Also available in the Emonda SLR, and the only option if you’re looking at the SL, Trek’s H2 fit is closer to the geometry of most other bikes on that market. It features an increased stack and shortened reach which helps to provide greater comfort and efficiency for those that sit at a desk or just generally work during the week.

The women’s-specific Emonda features the same H2 fit frame as the uni-sex offerings, with the touch-points modified for a more precise fit.

The following models of Emonda are being brought into Australia. Bikes should be rolling onto floors of your local Trek dealers from August.

The Trek Emonda is not the only new bike being released in time to be ridden at the 2017 Tour de France, with the BMC Teammachine SLR, Specialized Tarmac, Cervelo R5 and Merida Reacto all being announced too. 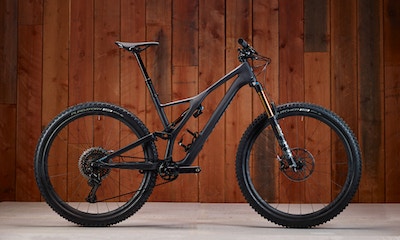