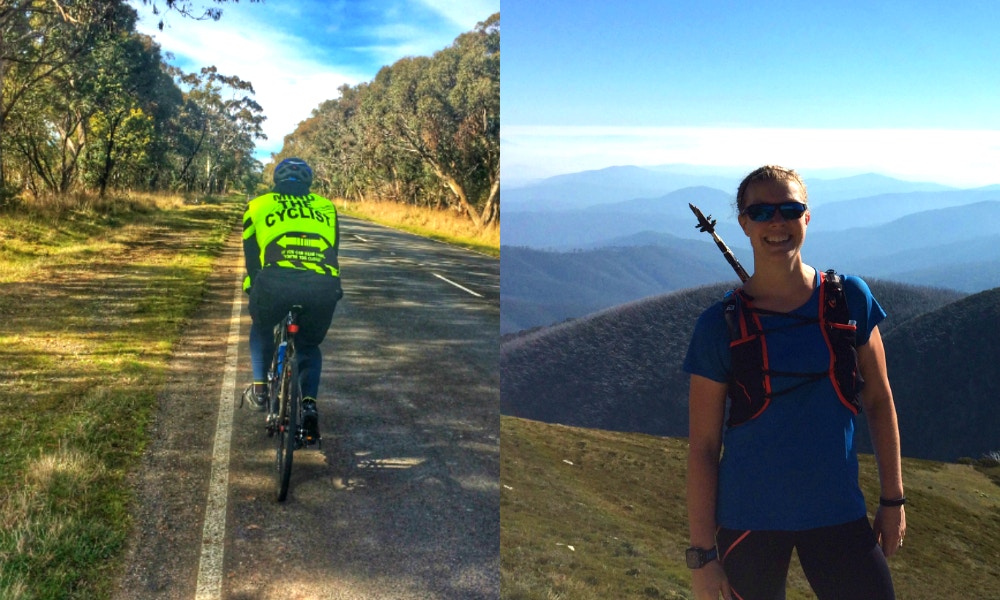 It’s a battle between rider, runner and Mt. Donna Buang; a battle between brothers and sisters, best mates, husbands and wives; a battle waged in every competitor’s head as their legs scream no, their heart prepares to explode, while the spirit (hopefully) endures.

Vertical K is just over a month away. On the November 29 cyclists and trail runners will compete head to head in a race up one of Australia’s toughest climbs, part of a truly unique event set against a stunning backdrop – which you may or may not have the energy to notice. With a month to go, we thought we would check in with a couple of competitors, Tiffany and Maxwell Winchester — not brother and sister, not best mates: in Tiffany’s own words, “it’s worse, he’s my husband.”

So who’s doing the run and who’s doing the ride? From your pictures it looks like you are the runner Tiffany, unless you’ve decided to switch it round last minute to make things more interesting….

Hahaha, no that’s right, I’m doing the run and Max is doing the bike.

And Tiffany, when did you start running?

I only really started running last December, so not even a year ago. I started hiking maybe two years ago, and then after we finished a big event we decided to do the North Face 50km, which is now the Ultra-Trail Australia 50.

But that’s not until next year, and I realised that I was going to have to be a lot faster if I didn’t want to be out there forever and a day.

So I just started running from there. And I’ve just signed up for that event, which has actually sold out now. Going over to you Max, when did you start getting into cycling?

When I was younger I was really into it and did quite a bit of cycling back then. But I have done very little until recently when I started training for the Peter Mac Ride to Conquer Cancer, which I just finished on Sunday (25th Oct).

Awesome, how did that go?

Yeah, really good – the whole team killed it to be honest, we did really well, I'm really proud of all of us.

So you have a group you ride with regularly? I have been training with a group of people for about two years here out at Woodend, some of whom were doing the Ride to Conquer Cancer and they asked me to join them this year.

How are you changing your training leading up to Vertical K? Getting out in the hills a bit?

Yeah we are very lucky, we are probably in one of the best places for running and cycling you could ask for here at Woodend at the base of Mt. Macedon. Up until now, we have been training on the flats around here (not that there are many), and now I’ll have to switch to hill training. It’s less than 10km from our place to the base of the mountain, and then it’s about a 600m climb.

So Tiffany, Vertical K was all your idea was it?

Absolutely. I love to climb, climbing is my strength on a lot of the runs that we do, so when I saw Vertical K I signed up pretty quickly on that one and dragged Max in to do it with me! See also: Is your taper ruining your race?

How are you feeling about it Max? What’s your strength on the bike?

Max: I’m okay up the hills. I’ll obviously have to do a lot more training, but I know I’ll get through it…but unlike Tiff I quite like going downhill…

In saying that, having looked at the course, who do you think has the advantage: the rider, or the runner?

Tiffany: Well I reccied the course last weekend. I think it’s going to be really close: I have two friends who have done it, one who was running and one who was cycling and they finished within a minute of each other.

Maxwell: Yeah I think they’ve planned it really well, because it could go either way. In this household I think Tiff will kick nine colours of sh$# outta me…[laughter]…so I don’t think there’s a problem there for her, but I think generally – for the really fit people – it could be close.

Tiffany: Exactly, it’s so exciting. There’s already so much banter going on, quite a lot of our friends are placing their bets.

Maxwell: I think most of their money is going on Tiff, but we’ll see. Having reccied the course, how are you changing your training in preparation Tiffany and what sort of mileage are you doing each week?

Well I’m injured at the moment, I have an inflamed tendon in my heel; so I’m doing half injury recovery and half trying to get my training under the bar for this one. So it’s become a little bit more complicated, but I usually do about 30-40km per week, and most of that is in the hills anyway.

I’m actually coming off quite a lot of flat training as a result of the last event that I did, the Surf Coast Century with a relay team. Most of the section that I did was quite flat: a long slow run without too much hill training, so I’ve been missing the mountains. But I managed to get out last week and do a couple of hill repeats — and out here, a hill repeat is quite a hill repeat!

So I’m really just getting back into strength training and making sure I’m not going to injure myself again. But I have the full support of my Physio.

We’re actually heading out for the (4 Peaks) Bright Alpine Climb this weekend. Really looking forward to that. I think it’s going to put me in a good position for Vertical K.

Well I hope that it all comes right before the day and you are feeling strong – give Max a bit of a run for his money.

Oh yeah I’d like to do that…. I’d love to say that I’m going to kick his butt on this one, but I dunno, if he gets some momentum going up that hill…if you maintain a good pace as a cyclist going up that climb you’re going to do really well.

So have you guys got some plans around the event? I know there is some beautiful wine country around there.

I wish I could say that, but to be honest, I have half a glass of wine right now and I’m under the table. It’s not good when you’re doing a lot of training, I can’t really do the whole athlete / drink / and run thing.

Maxwell: Unlike Tiff, it’s part of my training regime... But we won’t be able to stay up there long because I have to fly out for Sydney that night. We actually have to get it done, get showered, and get on a plane.

Well guys, it sounds like you are going to have an amazing time. Good luck!

Perhaps I should mention that Max has his ‘I’m excited but I’m a little bit nervous’ face on right now. Keep up with news, reviews, interviews and more - follow us on Facie or subscribe to receive our email 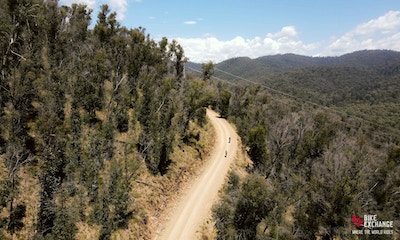 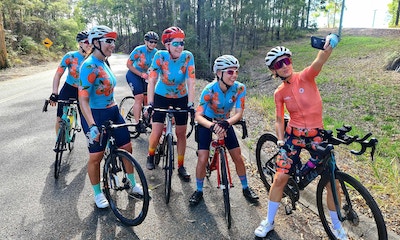 cycleWELL: A Cycling Retreat for the Mind, Body and Soul

Get on the Road to Better with cycleWELL and their unique social cycling and wellness retreats...