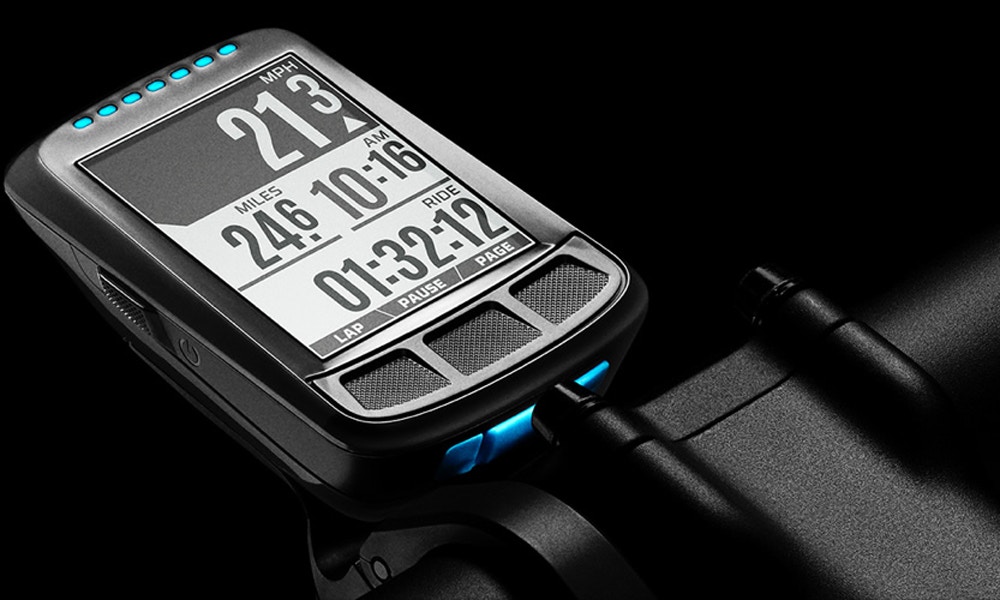 After making a splash by entering the cycling computer market in 2016 with the ELEMNT, Wahoo Fitness has launched its latest GPS cycling computer that is smaller, lighter and cheaper than the company's previous version, and is said to offer significant performance gains over its competitors. We take a brief look at the new device and have listed the top five things you need to know about Wahoo Fitness' new aero cycling computer, the ELEMNT BOLT.

Who are Wahoo Fitness? Wahoo Fitness is a 'tech-fitness' company best known for its smart bike trainers with a growing list of other fitness devices and equipment including heart rate monitors, bike computers, cycling sensors and many accessories.

Wahoo Fitness launched its first bike computer, the ELEMNT, in 2016 with the aim of 'reinventing how consumers interact with their bike computer'. The ELEMNT used a companion Wahoo app to simplify the set-up and customisation of information, data fields, and other features like ‘Perfect View’ zoom and ‘Quicklook’. The ELEMNT BOLT aims to carry over the functionality of the ELEMNT with greater performance features like a reduction in weight and improved aerodynamics.

The BOLT is aero

The performance gains of the ELEMNT BOLT was a collaborative effort between Wahoo and world-renowned cycling aerodynamics expert Dimitris Katsanis (perhaps best known for his work with Team Sky). In order to optimise aerodynamics and reduce drag, the out-front unit was designed with a specific mount to create an integrated system with a smooth surface on top and tapered sides that Wahoo says, 'reduced air resistance by over 50 percent when tested against leading competitors'. That equates to a '12.6 second time reduction over a 40-kilometre time trial course for a rider traveling at 33 kilometres per hour', according to Wahoo. The unit is 100% wireless, interfacing with your smartphone and enabling you to do everything without having to plug it into a laptop. Via the ELEMNT companion app you can customise your settings, configure workout pages, link to third party cycling apps (like STRAVA - including live segments) and connect sensors. You can also sync ride data, download maps and update your computer’s software. When connected to your phone you can also receive emails, texts and phone alerts.

Finding your way around just got a lot easier thanks to the 'take me anywhere' function. Instead of creating and uploading a map to find a destination, you can type an address into the companion app on your phone, which will generate a cycling optimised route and send it to your ELEMNT BOLT with turn by turn navigation.

And making the most of their smart bike trainers, the ELEMNT BOLT has the capability to pair with Wahoo's KICKR and KICKR SNAP, enabling you to control the trainer and customise your workout. Once paired you can select a level of resistance from 1 - 10, set a target power wattage that the KICKR will adjust resistance in order maintain a constant power output, or even use a GPS file from the ELEMNT BOLT to change resistance automatically and simulate elevation grade.

Side by side comparison with the ELEMNT

Despite sharing the same name, the ELEMNT and ELEMNT BOLT have some subtle differences. On the plus side, the ELEMNT BOLT sheds almost 40grams (60g vs 99.2g) and is significantly cheaper (AUD$399 vs AUD$499) than the ELEMNT. On the downside the large weight reduction results in a smaller screen (2.2in vs 2.7in) and reduced battery life (15 hours vs 17 hours).

The ELEMNT BOLT will sell in Australia for AUD$399 and is available for order through most bicycle shops.