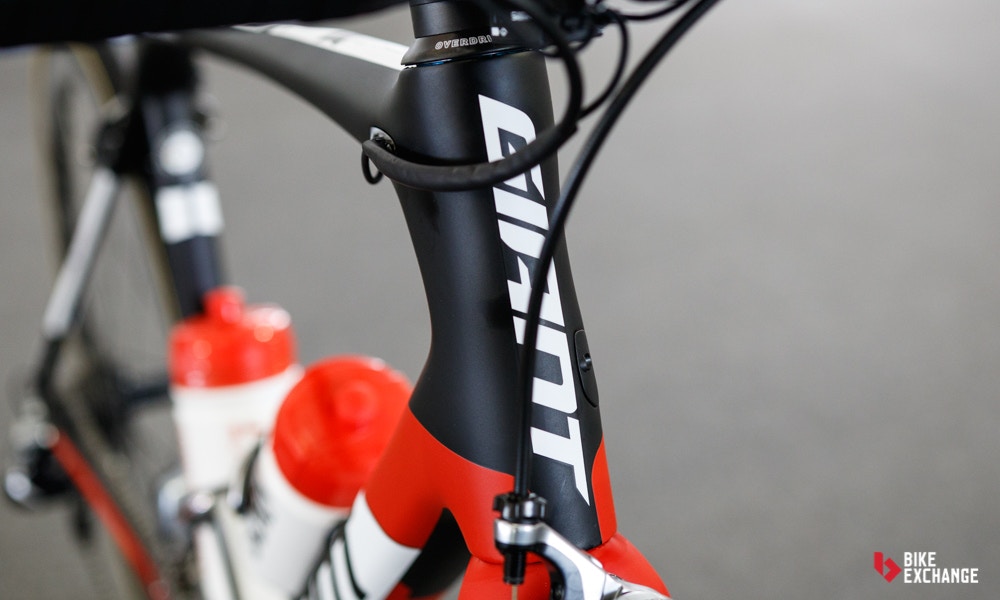 The world's largest bicycle manufacturer, Giant, once again feature in the cycling WorldTour, supporting 'Team Sunweb' (formally Giant-Alpecin) for the 2017 season. Despite seemingly having the same set-up as 2016, the team has made some subtle changes and more will follow during the season when new components from team sponsor Shimano become available. For 2017 there's a new lick of paint, change of component provider, and possibly a new aero bike later in the year.

We were on the ground at the Tour Down Under and got a look at the TCR Advanced SL belonging to rising star Wilco Kelderman. Wilco Kelderman is a rising star and potential GC contender having produced impressive results in his relatively short pro career. Despite only being 25 years old, Wilco has a wealth of experience riding with Continental or Pro teams since 2010 as an 18-year-old. Prior to moving to Sunweb, the Dutch rider had always ridden with Dutch team LottoNL-Jumbo and its previous iterations Rabobank and Belkin, even riding with Rabobank's Continental team as early as 2010 and 2011.

The TCR is Giant's versatile, lightweight all-rounder that Wilco will predominantly ride for the entire season given his GC ambitions. Interestingly, we were told the team does not have any aero Propels for the 2017 season, something that alludes to a new model potentially on the way. In the meantime, the whole Sunweb team are riding the TCR Advanced SL, with the endurance-focused Defy Advanced SL likely to make an apperance for the classics.

Wilco has chosen a medium / large (ML) TCR Advanced SL frameset which is somewhat surprising given he is a rather tall rider at 185cm. Although, it is common practice amongst pro riders to opt for a smaller frame size and then extend the reach with a longer stem, as seen here. Shimano officially sponsors Sunweb with groupsets and wheels, and later in the season, we will see the team sporting the new Shimano power meter too. At the Tour Down Under, Wilco and the team were on the Shimano Dura Ace Di2 groupset with Shimano Dura-Ace 9000 crankset, chain and cassette. The team will soon switch to the new Dura Ace R9150. Wilco runs 53/39 chainrings on the front, paired with an 11-28 cassette on the rear, his crank length is 175mm and Pioneer currently provide the power data (a leftover product from the previous season) until the team makes the switch to Shimano.

Due to the mostly flat terrain of the Tour Down Under, Wilco was using Shimano C50 tubular wheels, but on hillier stages, he'll likely switch to the new lower profile Dura-Ace C40 tubular wheels to reduce rotating weight and make climbing a little easier. Vittoria provides the rubber in the form of Corsa 25mm tubulars. Giant has stepped up their involvement for 2017, replacing Shimano's component brand PRO with its own saddle, handlebar, bar tape and stem. Wilco's saddle is the Contact SLR forward, handlebar is the 42cm Contact SLR with Giant handlebar tape, and the stem is a 130mm Contact SL.

Perhaps most surprisingly is the addition (or inclusion) of Giant's own computer. The new NeosTrack GPS computer was first seen at the Tour Down Under and closely resembles a Bryton 530 unit. Details are scarce regarding the new unit but according to Giant, the new device will be available for sale later in the year.