Hahndorf hero does it again 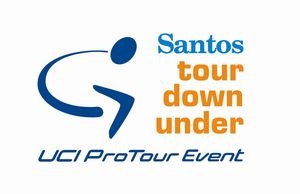 Andre Greipel (HTC-Columbia) today paid homage to the heritage of Hahndorf, first settled by Germans in 1839, winning a rip-roaring sprint to claim his second straight stage of this year's Santos Tour Down Under and repeat the win he claimed in the same town in 2008, the year he won overall honours in the Tour.
Greipel rocketed ahead in the last 50 metres to find clear space at the head of a baying bunch of world class sprinters crossing the line in a time of 3hr23min49sec at the end of the 133.5km stage from Gawler, through the Adelaide Hills, to Hahndorf. The stage attracted 94,000 fans today.
“In the end it was like the finish two years ago," Greipel explained. "I waited a long time again [before starting my sprint] and we won again.

“That is why we are here, to perform good," he said of the perfect lead out by his team mates for the second day in a row. "It’s nice to win in a German town”.
Team Sky's Greg Henderson (NZL) was second and Australia's Robbie McEwen (Katusha) crossed the line in third place.
Greipel's win has increased his overall lead to 14 seconds from Henderson with Belgian Gert Steegmans (Radioshack) now in third place overall also at 14 seconds. Robbie McEwen has moved into fourth at 16 seconds.
“We have a good team here to maybe hold on to the leader’s jersey, but there’s two really hard stages coming up," said Greipel who knows the race is far from being finished.
Australian Prime Minister Kevin Rudd flew in to lend his support at the start in Gawler along with thousands of very excited fans and an attack went as soon as the flag dropped. A trio of riders broke away in the first kilometre and, since none posed a threat to overall race honours, they were allowed to get away from the peloton.
UniSA -Australia's David Kemp (AUS) and two Omega Pharma-Lotto riders, Mickael Delage (FRA) and Olivier Kaisen (BEL) were well in front by the time they hit the first Jayco intermediate sprint in Lyndoch (13km) where Delage was first ahead of Kemp and Kaisen. They amassed a lead of more than 11 minutes by the 35km mark and maintained that for a fair stretch but as they approached the only Skoda King of the Mountain of the day the peloton began the chase.
Kemp broke clear of his breakaway companions to claim the maximum points over Checker Hill with Delage second and Kaisen third. Kemp went on with it after the climb forging a solo lead but Delage and Kaisen soon rejoined him.
“It was really fun, it was good being up there and getting really involved in the race but trying to beat the big sprinters home was always going to be a challenge," said Kemp. “I think I got caught with about eight km to go so unfortunately we missed out today but there is always next time and I took it to them today”.
At the second Jayco intermediate sprint at Mt Torrens (108.7km) Delage went across the line first ahead of Kemp and Kaisen.
But the big guns had already written the script for a sprint spectacular and that's what they delivered in Hahndorf.
At the end of the day Greipel also increased his lead in the Jayco Sprint Classification while UniSA-Australia rider Timothy Roe remains in the lead in the Skoda King of the Mountains classification but is tied on points with his team mate Kemp.
Belgian rider Jurgen Roelandts (Omega Pharma - Lotto) is the leader of the Cycle Instead Young Rider category and AG2R-La-Mondiale leads the SA Brilliant Blend Team Classification.
Tomorrow's 132.5km Stage 3 begins in the Adelaide suburb of Unley and travels through the Adelaide Hills to finish in Stirling.
Official results will be posted on the official website as soon as they are available. Live stage coverage, start lists and race and associated events information will also be available on the official website. www.tourdownunder.com.au
Loading Facebook Like button... 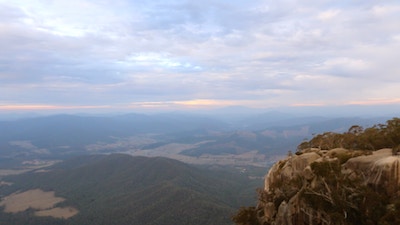