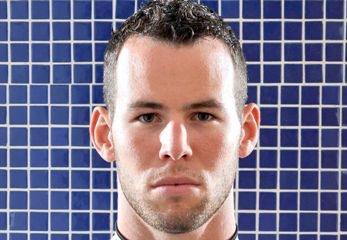 Cycling superstar and sprint specialist Mark Cavendish will compete for the first time at the Santos
Tour Down Under in Adelaide from 16-23 January 2011.

Premier Mike Rann today confirmed Cavendish will head to Adelaide with his HTC-Highroad team
for the Santos Tour Down Under, and the race will see him go head-to-head in a WorldTour race for
the first time with his former teammate and sprint rival Andre Greipel.

“It’s a real honour to welcome Mark Cavendish to Adelaide to participate in our race for the first
time,” Mr Rann said.

“He is regarded as the best sprinter in the world and with our race routes in 2011 he will have plenty
of opportunities to show his stuff and gain valuable WorldTour points.

“It’s going to be fascinating to see Cavendish and Greipel go head-to-head for the first time in a
WorldTour race. They are both exceptional sprinters and it will be great to see how they go head-tohead
and who is in the best form.

“With Cavendish’s impressive track record in the sprint stage wins, he’s bound to cause a huge buzz
around the event and will pull in massive crowds.”

The Isle of Man sprinter, known as the Manx Missile, has won 15 stages of the Tour de France, 5
stages at the Giro d’Italia, and at the 2010 Vuelta a Espana he won four stages and the overall points
jersey. Cavendish also won the prestigious Milan-San Remo in 2009.

“It’s great that I’ll be starting my season at the Santos Tour Down Under,” says Mark Cavendish.

“I have been to Australia six or seven times and I love going there. After spending time again there
recently at World Championships, I’m eager to get back there for some more racing.”

"Santos Tour Down Under is obviously a very important race in our calendar,” says HTC-Highroad
Team Manager, Rolf Aldag.

“As a team we enjoy the chance to prove that the hard work during the winter has paid off. The
motivation from early wins at Santos Tour Down Under gives the whole team a big boost for the
first part of the season.

“We will start with a very strong roster and we want to target GC and stage wins. We have proven
that this is possible and everybody knows of the importance of the race. The organization is perfect,
with big support from the local crowd and we are looking forward to start our racing there.”