O’Grady confirmed to race at Santos Tour Down Under 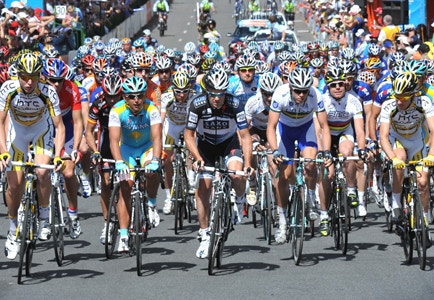 South Australian cycling star Stuart O’Grady has confirmed he will compete at the 2011 Santos Tour Down Under.

“O’Grady is a household name in Australia, and cycling fans will be delighted to know that he is returning to the race this month with his new outfit Team Leopard - Trek,” says Santos Tour Down Under Race Director Mike Turtur.

“Stuey has recovered from the broken ribs he sustained in a ski accident last month and has confirmed he is fit to ride in Adelaide.

“He is a tough, highly competitive cyclist and local fans will be cheering him on as he competes here on home soil.”

Born in Adelaide, O’Grady comes from a family of cyclists. His father represented South Australia in road and track cycling, and his uncle competed for Australia at the 1964 Olympics in Tokyo.

In 2007, O’Grady became the first Australian ever to win the Paris-Roubaix race. He is also a three-time Tour de France stage winner.

“Cycling is definitely in his blood, and he has built a successful career in professional cycling,” says Mike Turtur.

“Stuey is a veteran of our race, having competed here numerous times and winning the inaugural Santos Tour Down Under event in 1999.

“He was the first of only two riders to have won the event twice when he clinched the top honours again in 2001.”

O’Grady will compete with his new team, Team Leopard-Trek. The team will be led by team manager Lars Neiendam Michaelsen (DEN) with the following riders: