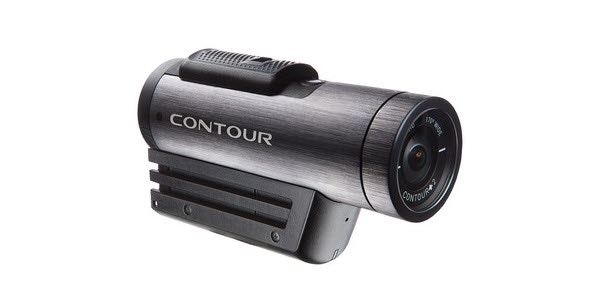 That is how long, give or take another five, it took me to go from a new, fully boxed camera to actually shooting footage. This even includes, I know the females reading this won’t believe me, reading the instruction manual!

Having never used any sort of advanced filming or photography equipment, I was pleasantly surprised at how easy Contour made operating their new +2 camera. It took the same length of time to work out how to open the waterproof housing it came in as it did to sync to my iPhone. Not such a bad thing; if you’re taking the camera out on some muddy trails the last thing you want is the housing inadvertently opening. But no fear, it is not only secure but also waterproof to 60 metres.

As mentioned, syncing the camera (via Bluetooth and the Contour app) to my iPhone was done without difficulty. However it wasn’t until I started shooting that the brilliance of this set up came to light. The Contour +2 allows you to not only preview exactly what is in the camera’s field of vision but also remotely stop and start recording. Seamless and simple.

Mounting the camera was, again, easy. The helmet mount was quick to set up, even if it wasn’t keen on the first few removals to actually give the camera up. For a cyclist with toothpick arms, there was a little sweating involved in removal. Though again reassuring that my camera wasn’t as risk of easily bouncing off.

All the other mounts (of which there are many) for the bike were also both secure and hassle free to install. They even came in a tough, drawstring fabric bag. Meaning you can keep them all together, along with the camera – reducing the potential to misplace any of them. Handy!

It was touches like this the whole time that found me nodding my head and thinking “impressive”.

The most important question though, what is the quality like? The +2 allows you to shoot at 1080p, so honestly the quality was excellent. In fact, the issue was not the quality but rather that the 4gig Micro SD that comes with the camera is filled in less than an hour of shooting time – so data heavy is the footage.

It handled both the reduced light of indoors as well as glaring midday sun with aplomb. The audio was not as great; although it did manage to catch some choice phrases when a Pomeranian ran out at me and made a B line for my front wheel! However there is an audio jack for a microphone for those looking for better sound.

Connecting and syncing to the computer was, like everything else, straightforward; as was importing all the video. The only area that was a challenge was ‘post production’. Contour does not have any programs short of their importing/viewing software. Aside from allowing you to see the GPS and speed data the camera also records during filming, its editing functions are quite limited.

Surprisingly however Windows Live Movie Maker worked fantastically well – allowing me to edit and even add music to clips I could then upload to YouTube. Which, when you have a blog as cool as Contour’s (hyperlink to this site http://blog.contour.com ) is certainly what it is all about!