2013 Santos Tour Down Under live 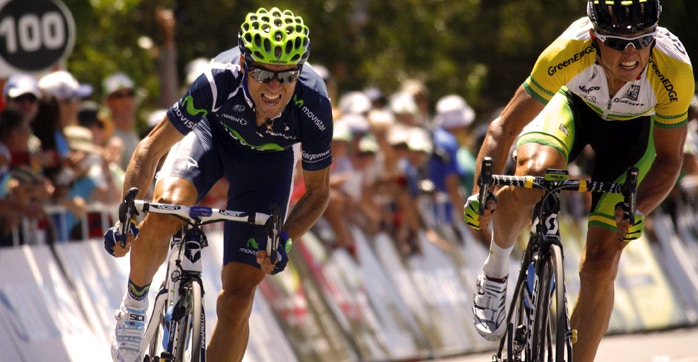 2013 Santos Tour Down Under - Live on Channel Nine

Adelaide will take centre stage in world cycling with the 2013 Santos Tour Down Under showcased on the Nine Network from January 20.
Calling all the action from Adelaide with the encyclopaedic knowledge that has made him a sports broadcasting legend is Phil Liggett, joined by his long-time commentator partner, Paul Sherwen.
Coverage of the opening round of the UCI WorldTour will commence with the People’s Choice Classic on Sunday, January 20, followed by Stages 1-6 of the Santos Tour Down Under from Tuesday, January 22.
As the world’s best road cyclists fight it out on the streets of Adelaide, cycling fans will see more action LIVE and in HD on GEM in 2013. The Nine Network, which is broadcasting the event for the second time, will present an additional ten hours of the Santos Tour Down Under LIVE, showcasing the thrilling final two and a half hours of each of the first four stages on GEM.
To cap off an intense week of cycling, the entire final two stages of the 2013 Santos Tour Down Under will be broadcast LIVE on Channel Nine at 11.30am AEDT Saturday and 1.30pm AEDT Sunday, January 26-27.
Nine Network Head of Sport, Steve Crawley, said: “In 2013, the Nine Network will showcase an extra 10 hours of the Santos Tour Down Under live and in HD on GEM, giving Australia’s road cycling fans the best of the action as the intense battle for the finish heats up.”
Don't forget to enter the cycling festivities, including the Bupa Challenge Ride here
Loading Facebook Like button...