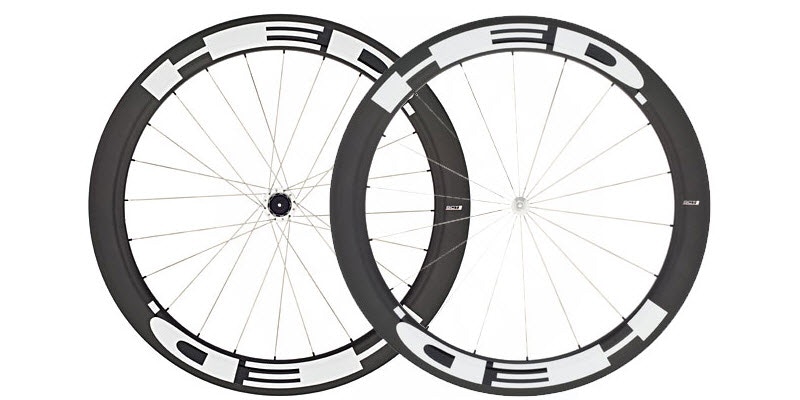 HED wheels have been at the forefront of wheel design for long enough now to know a thing or two when it comes to designing an aero wheelset. Not only were they an industry leader in developing wider rim technology, their expertise is so highly regarded that top level Pro’s specifically request their wheels over their sponsors own offerings. At a domestic level, Luke Davison rode HED Wheels to the overall National Road Series title in 2012.

The very same wheels are now available to the rest of us who might be that bit slower, albeit with the same Tour de France or NRS title aspirations.
The common question is what does the new, wider rim, technology offer over its predecessors? The answer lies not as much in the gains into block headwinds, but rather their performance in the brutal crosswinds Australia is able to generate.
Any rider who has ridden traditional carbon wheels of 40mm or higher in crosswinds will know that feeling of being pushed around by a big, invisible, hand. Even worse with a gust come through gaps in the trees - skating across the road is never fun.
HED’s Stinger 6 design significantly helps reduce this. Not only are they easier to control in crosswinds but also don’t lose a lot of their speed. Fighting for that wheel when the race is ‘in the gutter’ is made that much easier, allowing you to stay that much fresher for when the action really heats up (or when you want to launch some attacks of your own!).
To have a wheel that behaves like a box section rim, but has the speed that comes with a deep section, was previously unheard of. Cycling is not immune to market hype, yet this is precisely what HED can offer.
The Stinger 6 presently only come in tubular form, which will mean a bit of proficiency in changing singles roadside if the plan is to use them for anything other than a race wheel. Tubular format does also result in the wheelset weight being less than 1500g, which given their rim height means they are certainly not ‘porkers’.
I’m not a fan of the term ‘do-all wheels’ but if you are looking for a wheelset for riding where speed and handling in all conditions are a priority, and have a weight low enough to still climb well, then Stinger 6’s certainly deserve strong consideration.
Reviewed by Nick Squillari
Search for Hed Wheels
Loading Facebook Like button...