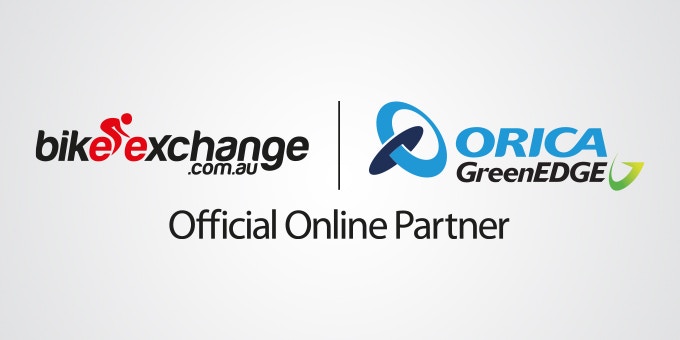 We love some fantastic news to finish off the year, and it doesn’t get much better than this. BikeExchange.com.au is ecstatic to confirm that our partnership with ORICA-GreenEDGE has been renewed – we’re pumped to go into 2014 once again as the team’s official online media partner.

So as we gear up to celebrate this milestone, co-founder Jason Wyatt remembers how it all began.

How did the ORICA-GreenEDGE and BikeExchange.com.au partnership come about? The relationship started at a charity event organised by Father Bob Maguire. I spotted Australian entrepreneur Gerry Ryan, and approached him. I’d heard whispers about moves to establish Australia’s very WorldTour cycling team, and BikeExchange.com.au wanted to support it all the way.

So you were on board straight away?

Well, it turns out everything was still in that whispers stage – nothing solid had eventuated. But our imagination was captured. This was exactly what Australian cycling needed. We held some meetings in those early days where Sam, Josh and I made it clear – whatever we could do, however we could help; we were in.

Why was BikeExchange.com.au so keen to get involved?

I think in those early days when we met and talked at the table we recognised a mutual determination to create something positive for Australian cycling – this was first and foremost the driver in our relationship forming. But it then went beyond that. Sam, Josh and I knew all the ingredients were there for a pretty awesome recipe. The drive to do something big, something really big, the world-class cycling talent, the calibre of people like Gerry there to help it get off the ground, the genuine passion from everyone involved at that point… The prospect of what could be achieved was incredibly exciting, it was contagious.

Why is the ORICA-GreenEDGE and BikeExchange.com.au relationship so successful?

I think what’s been so unique about this ride is that our partnership goes beyond paper. Sure, we’ve each signed a contract confirming BikeExchange.com.au as the team’s official online media sponsor, but what makes this work so well is everything that happens outside of clauses and signatures.

There’s a real friendship that has formed between ORICA-GreenEDGE and BikeExchange.com.au. We’re in the same boat in that we’re Aussie born and backed businesses now competing on the world stage in an incredibly competitive industry. We each go above and beyond to help the other out and nobody’s bean counting. This is about as modern a version of a gentleman’s agreement as you will find at this level, and we love it.

When BikeExchange.com.au was first founded, everyone told us we were on a sinking ship – it just wouldn’t work. I think ORICA-GreenEDGE had more than its fair share of detractors, too. But the proof’s in the pudding. Their women’s outfit, ORICA-AIS completed the season ranked no. # 1 in the world and ORICA-GreenEDGE has completed another highly successful season highlighted by a Tour de France in which expectations were hugely exceeded. Simon Gerrans won a stage, the team won the team time-trial, and Gerrans and South African rider Daryl Impey each spent two days in the race leader’s coveted Maillot Jaune.

To say we’re proud of what this team has achieved is an understatement. To have been able to help them on this journey is one of my biggest professional highlights to date, and I know that sentiment is shared across our team. Renewing the partnership is a buzz for us all. 2013 was phenomenal but we reckon the real shake-ups are yet to come. 2014 is going to be massive and we just can’t wait to see what these incredible cyclists have in store for us, for Australia, and for the world of cycling.

We’re gearing up for a great time during the Tour Down Under and we’ve come on board with Orica-GreenEDGE, Scott, Bolle and Craft to celebrate with a bang. Visit www.bikeexchange.com.au from January 2014 to find out how you can win the ultimate VIP package valued at over $7,000.