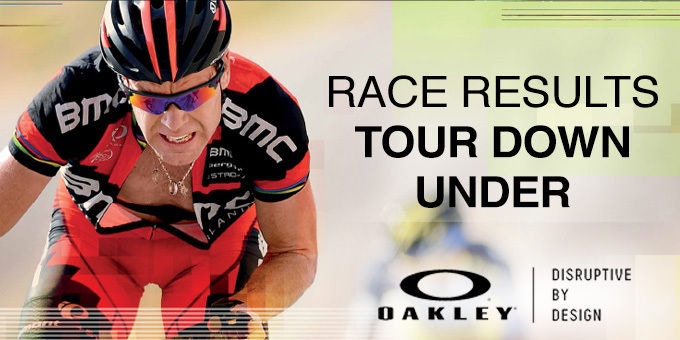 If you've been kicking back enjoying an Aussie Day barbie and watching some cycling on the side, then you would have had a ripper of a day thanks to the Santos Tour Down Under!

Simon Gerrans and his team Orica-GreenEDGE have this week shown us they mean business! We have witnessed some incredible team work and phenomenal battles throughout the six stage race, finishing with today's Santos Tour Down Under Be Safe Be Seen MAC crit.

Although OGE didn't place in the top three at today's Crit, they've earned enough points to take out the GC - a victory made all the sweeter for Gerro and his team mates given it's of course Australia Day. We couldn't be more proud of Orica-GreenEDGE and Orica-AIS for their success over the past week. OGE has set the scene for what is sure to be an epic Giro d'Italia. To say we're a little excited about things to come is an understatement.

A huge congratulations and thanks to today's winner, Andre Greipel, who has long been linked to the Santos Tour Down Under and is without question a crowd favourite. Greipel rode brilliantly today, as he has done all week, and his win has been sweet not only for Lotto Belisol, but the thousands of cycling fans who today lined the streets and witnessed his speed and skill. Omega Pharma-Quickstep has taken out second and third in today's Crit. We chatted with Mark Renshaw earlier in the week and heard how much he loves to race on home soil; today's double podium place is no doubt going to be a memorable one.

This has been one incredible week+ in Adelaide and surrounds. The locals have treated everyone superbly, the crowds have been massive and positively pumped, and even mother nature played ball and dialled it down a few degrees. It's only 365 days or so until we do it all again - bring it!

Keep visiting us on the site as we will be running plenty of interviews gathered behind-the-scenes over this last week or so - enjoy!

And finally, thanks to our super styling friends at Oakley, who have played a big role in bringing these results to you for each stage.