Based in Wisconsin, United States of America, Trek has forged its name in the cycling industry, producing high-performance bikes and an array of cycling products. You’ll find a huge variety of Trek cycling products available on BikeExchange. 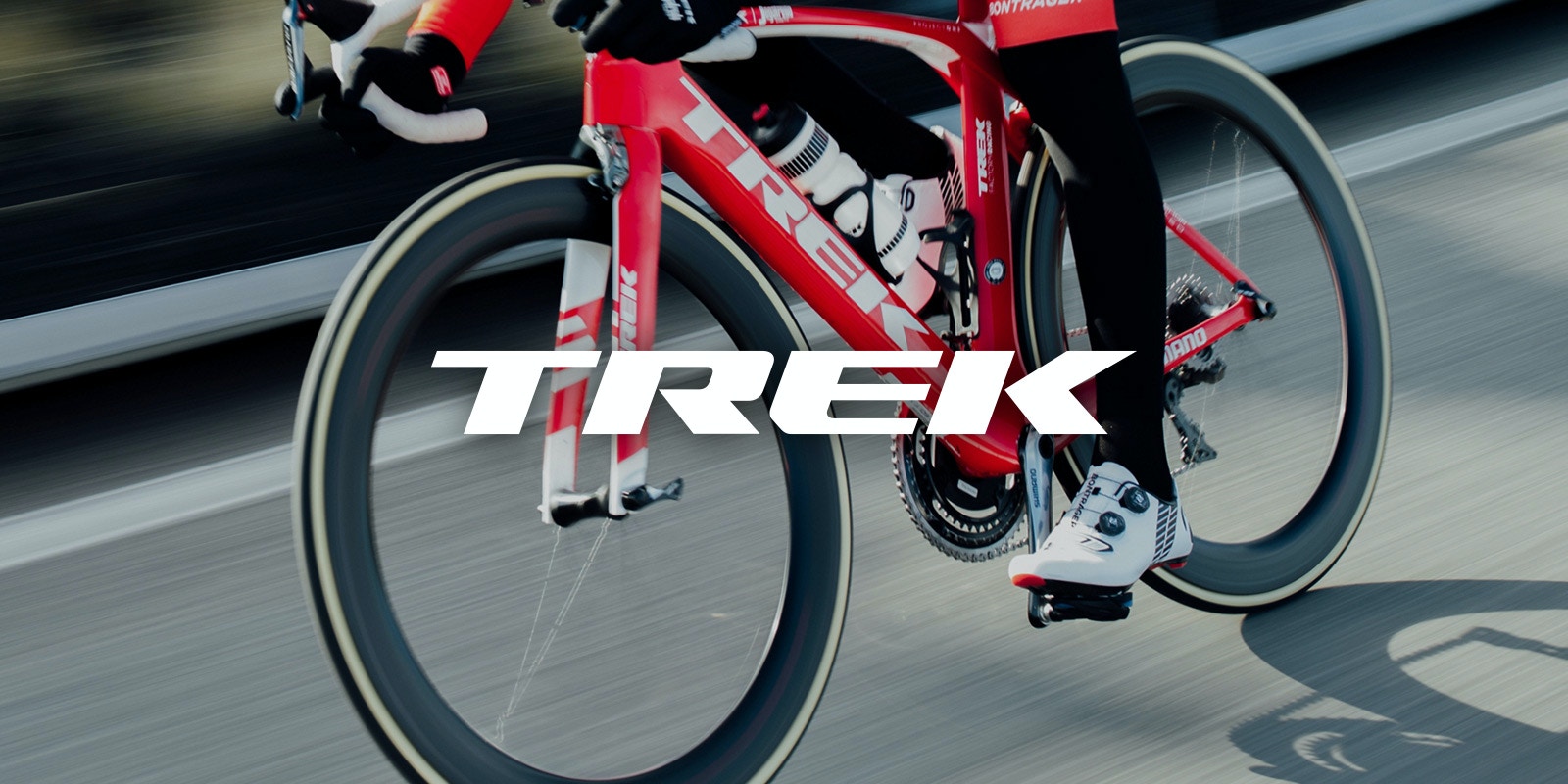 The Trek bicycle company was established in 1976 by Dick Burke and Bevil Hogg over a few beers. A year later, the duo settled on the Trek name, with the two deciding the word which brought up images of adventure and travel was exactly what a bicycle company should be about.

From those formative years, the Trek name has grown exponentially and has been competitive with its acquisitions over the years, laying claim to owning (and absorbing) Bontrager, Gary Fisher, Lemond and more recently, Electra, making Trek one of the biggest companies in cycling today.

As a point of difference to rival manufacturers, Trek still manufactures a number of its premium carbon fibre frames in-house, right in Wisconsin, one of the last brands in the cycling industry to do so.

The range of Trek Bikes are products of the company’s relentless progression that has seen significant leaps in technology over its storied history. Trek proclaim its bikes are ‘raised on rocket science’ and looking at the technological features adorning the rides, it’s easy to see the truth in this statement.

The American brand has always been filled to the brim with passionate designers, researchers, and engineers, armed with the resources required to innovate, invent and become a market leader.

As an example, the brand recently established a mountain bike development team based out of Durango, overseen by [one of the sport’s legends Travis Brown]. This team is responsible for real world testing, development, and refinement of prototype bikes and products.

Trek has a fastidious approach to aerodynamics, where engineers are encouraged to dream, draw, build, test and repeat as necessary. The kammtail virtual foil pioneered on the brand's Speed Concept time trial bike is a perfect example of this, with the innovative design being adapted for use on Trek's flagship Madone range of road bikes.

Designed to help you stay comfortable and in control whilst blasting along on both tarmac and trail. The IsoSpeed system has been developed and refined by Trek to provide its endurance road and hardtail mountain bikes with class-leading compliance.

Utilising a pivot system that ‘decouples’ the seat tube from the top tube, the IsoSpeed system allows the seat tube to ‘flex’ with the road or trail bumps, all while retaining absolute frame stiffness under power. The IsoSpeed system is found on both the front and rear of the endurance based Domane road bike range and at the rear of the Procaliber range of mountain bike hardtails and Madone road bikes.

Trek’s OCLV, or Optimum Compaction Low Void, carbon lay-up process was class-leading when first introduced and has only recently become a widely copied process by the greater bicycle industry. In this process, the carbon is optimally compacted using a combination of heat and pressure to give it the best fibre-resin ratio. The low void, or low amount of space between the carbon layers, ensures a durable carbon frame that’s without wasted weight.

Whilst the frames, design, and production processes may have changed since the first frames were produced back in the 70’s, the promise of a quality product backed by a lifetime warranty has not.