The next progression in road riding arrived in June 2016 with the release of the new highly anticipated Shimano Dura Ace Di2 groupset. The new system boasted some impressive upgrades on previous iterations but none more so than synchronised shifting. While synchronised shifting is new to Shimano electronic Di2 road products, this automated system has been used with great success for some time in the mountain bike world via Shimano's XTR and XT Di2 groupsets.

If the system is new to you and you're after a simple summary of its purpose, the benefits, and how you can access it, look no further.

What is Synchro Shifting? The concept is to offer a synchronised control over the front shifting based on the selected rear gear. As you shift up or down the cassette, the 'Full Synchro Shift' mode will decide whether you should be in the large or small front chain ring, changing it accordingly to the right gear combination in order to maintain the smoothest cadence. Shimano says the system "gives riders the simplicity of 1x11 drivetrain, with the added gear range and gear steps of a 2x11".

Shimano tells us, "Synchronized Shifting is designed to complement rather than replace manual shifting and is especially useful when you are using auxiliary sprint, climbing or TT shifters, or, for Dura-Ace, the shifter buttons on the top of the hoods."

When exactly this change is made is customisable via the Shimano E-Tube app, so you can tailor the shifting based on your riding habits and preferences.

For example, a shift into the small chainring would result in a move down the cassette (towards the 11T) to increase the gear and smooth out the usually clumsy shift process. This allows riders to obtain optimal gear transitions for smoother riding and can be customised via the E-Tube Project app so riders can choose how many gear changes take place and at what speed.

What is Manual mode? Manual mode removes the responses of synchro shifting, resulting in the system all Dura-Ace Di2 and Ultegra Di2 riders previously had access to. Manual mode provides an automatic trim adjustment on the front derailleur to ensure no chain rub, but there is no corresponding gear shift of the front derailleur based on the shift action of the rear derailleur or vice versa. We've created a how-to article, which explains how to upgrade compatible Shimano 11-speed Ultega and Dura-Ace Di2 systems to allow synchro shift to be used. If this is what you're looking for, here it is.

If you already have the latest system in the form of Shimano Dura-Ace R9150, XTR Di2 or XT Di2, then selecting full synchro shifting, semi-synchro or manual are only a few clicks away. You can toggle through each mode by pushing the Junction-A box (the small plug connection box that often sits below your stem) button twice. Solid red+green lights indicate you are in manual shift mode, two blinks indicate you are in Semi-Synchro Shift mode and three blinks indicate you are in Full-Synchro Shift mode. If you press the Junction-A box button twice again, it will cycle back to manual shift mode.

The new sequencing of lights on your external or internal junction box makes it exceptionally easy to tell which mode you are in so you'll never miss a shift again.

What is the E-Tube Project app?

An app that allows for complete customisation of shift settings, shift button purpose, shift speed, and wireless firmware updates. To customise your 11-speed Di2 road bike's shifting via the app, you'll need the EW-U101 OR EW-WU111 wireless receiver and new BT-DN110 (internal) or BM-DN100 (external mount) battery. The new internal or external mount battery is required as this is the 'Master Unit' that stores the firmware for Syncronised Shifting. Otherwise, your local bike shop will also be able to assist in the install and update the Di2 system through the E-Tube Project on their PC.

The app also allows you to run a diagnostic check of the system, meaning quick and easy problem diagnosis if necessary. 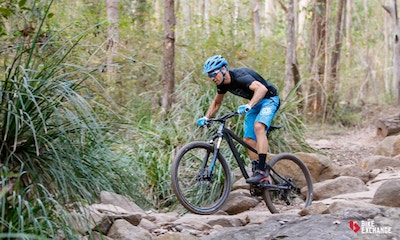 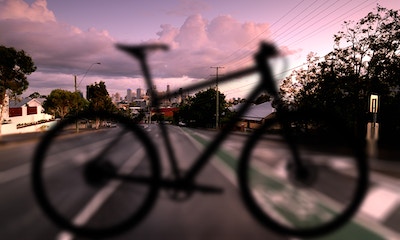